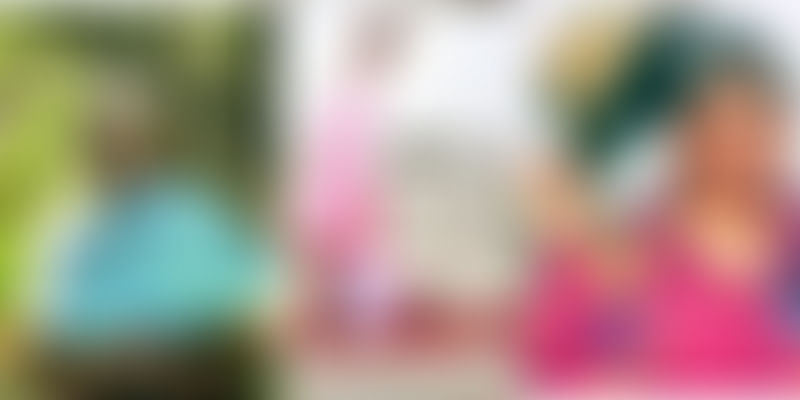 If ever the hashtag ‘Goals’ will be worth its salt, it will be for the levels of beautiful, cheeky, unabashed badassery in these five women. Most of them are probably not as agile or nimble as you. They certainly have a lot more responsibilities. But what they do not have is hang-ups, fear, or a single care to give to the world. Meet these five golden girls, all above 50, who will put your youthfulness to shame with their shenanigans.

V Nanammal: How do you imagine a 96-year-old woman in Coimbatore living out her golden era – probably ensconced in soulful meditation, cross-legged and one with God? Meditate she does, but not really in the way you pictured. She could wave at you upside down, while giving her perfectly natural heart-melting smile; she’d be the last one standing if you ever make the mistake of challenging her in Twister; she’d out-wheel your cartwheels if you wanted to test her limits – for these manoeuvres are a part of her daily yoga routine. The oldest and most flexible yoga instructor is testimony to the fact that mastery is only practice away, and she has a lifetime worth of it to show for.

Meher Heroyce Moos: Magellan Moos, I call her. In her lifetime of adventure, she has 18 passports all stamped and filled, visited 181 countries, and last year, became the first Indian woman to go to Antarctica when she was 79. Her superpowers don’t end there. She can also make friends from any country within minutes, eat ants and wasps fresh off the cart, and backpack across the Amazon befriending Pygmies. She’s now busy planning trips to visit the only 25 countries she hasn’t been to on the planet!

Saalumarada Thimmakka: Babies don’t have to be human, thought Saalumarada when she and her husband couldn’t conceive for 25 years. They decided to nurture and raise trees instead. Grafting saplings from Banyan trees in their village, the couple started planting tens and tens of saplings over the years along a four kilometre stretch, upto the neighbouring village of Kudoor, until they had a staggering line-up of 384 resplendent groots. 103-years-old today, she would use her own meagre resources for planting these trees, and carried four pails of water for across the strip to water her sapling-babies. She was granted the national citizens award in 1996.

Omkari Panwar: The next time you feel the urge to propagate the fallacy to our women of not having children after the age of 30, try saying that to 70-year-old Omkari Panwar. But she may not be able to hear you over the cackles and giggles of her new-born twin boy and girl. The new parents, she and her husband who is 7 years older at 77, wanted to have a son as an heir, and decided to undergo the risky IVF procedure only to come out of it with two bundles of joy. She holds the record of being the oldest mother in the world.

Santosh Parhar: The 59-year-old ex-school principal from Delhi, was spread-eagled in the sky descending from an altitude of 13,000 feet to become the oldest Indian woman to sky-dive. Living out her retirement, Santosh Parhar, now 63, dove head-first into the skies of Edmonton, Canada, dedicating her jump to the nation with an resounding “I Love you India!” to clinch the record.

These timeless daredevils teach us that goals and dreams are age-agnostic. If anything, the drive to achieve them should only get stronger like a splendorous tree-trunk and more giddying, like wine. I’d be a happy camper if I retire even with half as much spunk as these golden girls!