The story of BPL’s amazing comeback, riding the online wave on the shoulders of Flipkart 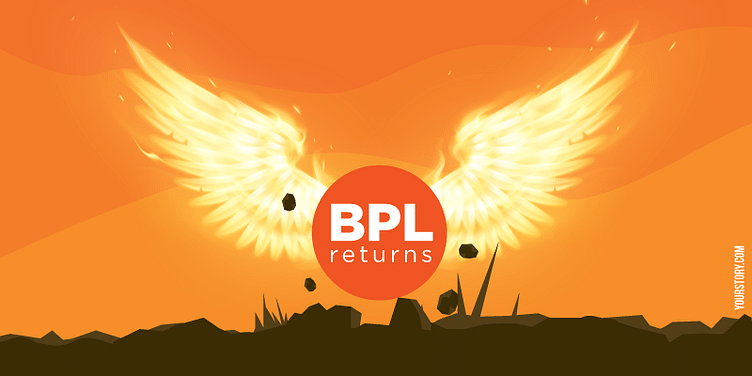 For Ajit G Nambiar, Chairman and Managing Director of BPL, June 2015 was a month of excitement and nervousness. BPL’s new line of 32-inch televisions were going on sale on Flipkart and the one-time large appliances leader was about to see the unveiling of its first product in over 10 years.

On the day of the launch, Ajit and his team of merry men were glued to their computer screens monitoring the customer response from BPL’s Dynamic House office on Church Street, in the heart of Bengaluru. By end of day, the answer was clear—BPL was back!

Within a quarter of the launch, the five-decade-old company was contributing almost 10 per cent of sales in the television category for Flipkart, and about five percent in overall appliances.

“BPL is now among the top three brands for Flipkart in the segments they operate in. It is one of our largest brand success stories,” says Amit Bansal, Head of the large appliances category at Flipkart, and the man responsible for bringing BPL on board.

Genesis of the partnership

The partnership between Flipkart and BPL came about thanks to the lack of interest shown by India’s big-three consumer durable brands—LG, Samsung, and Sony—to try online retail. “The big three didn’t want to work with us. But we still needed to add value to our consumer. So how do we do that?” This was the question Amit, who joined Flipkart in 2014 after spending about a decade in North America and then three years at Reliance Retail in India, had on his mind at the start of 2015.

I then remembered that at my parents’ home in Punjab, they have a new flat panel but they still have an old working BPL TV. I thought why not work with such heritage brands that were once successful. It was just one of those crazy ideas that came to me,” says Amit.

But, in true retail industry style, Amit backed up the crazy idea with market research on what consumers remember most about these brands. “The core customer who buys large appliances is in the 30-35 or over-35 age group. Most of these customers said they had a TV or fridge or washing machine in their parents’ house that was BPL and still working well. Many even remembered their old tag line — Believe in the Best. It was very exciting to see that,” recalls Amit.

That is how Amit reached out to BPL and its Chairman Ajit in early-2015. BPL, on the other hand, had gone through its set of travails in the past decade. Once a market leader, BPL found itself unable to compete with then new entrants like LG, Sony, and Samsung in the 2000s. Battles within the family for control of the Group didn’t help matters either. Its technology partner Sanyo was also in trouble and finally in 2006-07, BPL got out of the large appliances business. From then, BPL focused on its medical equipment vertical and the consumer electronics side focused on home automation products and solutions.

But the rise of e-commerce intrigued Ajit and he kept close tabs on the sector over the last couple of years. While it took a few meetings for the two companies to finalise the partnership, Ajit did not need convincing about the potential of the sector. “When we stopped distribution, a lot of our dealers called us and told us they didn’t understand why we stopped as the demand had not ceased. When we met Flipkart and Amit last year, we realised that online is now a better model and it was growing very fast. We decided we would get back with our brand,” says Ajit.

Getting back into the game

But getting back into appliance production was a completely different story. BPL had sold off most of its factories and the old local suppliers no longer existed. The world also had moved to outsourced production. This is where Flipkart stepped in. BPL and Flipkart had decided to do a trial run, with limited models and limited number of units. Large OEMs and suppliers typically do not supply such small numbers, but Flipkart’s backing convinced the suppliers.

BPL carved out a team from its home automation business and hired a few specialists. The BPL team worked very closely with the Flipkart team to come up with the specifications and features of the first television.

Flipkart helped us with data on customers, the features customers are looking for and also with pricing. We also fed back our experience of the last many years in creating products to Flipkart. That is why ours is a great partnership. We can come up with some very innovative products,” says Ajit, adding that BPL has so far invested about Rs 15 crore, mostly in working capital.

But creating a product that fits customer requirements and making it available is only one part of online retail. Consumer appliances, even today’s lightweight TVs, are not easy to transport to every nook and cranny of our vast country. Then, there is the added complication of installation and after-sales service.

Flipkart had learnt of these issues the hard way. The e-commerce giant had first launched this category in 2012. But while sales were reasonably good, customer experience was adversely affected due to bad delivery, installation and after-sales service. Within a few months, Flipkart shut down this category.

So, in 2014, when Flipkart decided to take a look at this category again, they went about building the supply chain part first. Flipkart’s Amit says they realised pretty quickly that bulky goods cannot be shipped using the regular supply chain infrastructure. The company set up dedicated warehouses only for TVs and large appliances in Bengaluru, Kolkata, Delhi, and Mumbai. Also, the shipping is primarily handled by in-house logistics arm eKart and a handful of specially selected platinum logistics partners. For installation and after-sales, Flipkart acquired Jeeves, a startup offering appliance repair and maintenance service in late-2014.

BPL’s Ajit says such facilities help brands like his on the ground. With orders coming in from across the country, BPL works closely with the Jeeves team to ensure quick installations and resolutions to any customer complaints. “We have weekly meetings with Jeeves and have a small window into their MIS. We ensure we are on top of things,” says Ajit.

With the success of the pilot, BPL has worked on its new range. A new 32-inch TV has already been launched and a 40-inch and a Smart TV are ready for launch. While televisions will be the focus segment, the company will also have a limited range of refrigerators, washing machines, and air-conditioners. “We will first focus on building up the volumes, then marketing and investing in R&D and production,” says Ajit.

From being a legacy brand, BPL has now become a new-age online-only brand and Ajit sees this characteristic continuing.

In online, we get customer response very quickly; what their demands are; and what kind of products, features, and tech they would like. We can gauge on a daily basis what is selling and what isn’t. In a traditional model, it has to come from dealers to regional office to head office and then factory and R&D. By then, things would have changed on the ground,” says Ajit.

For both Flipkart and BPL, the collaboration has meant greater ambitions. With success stories like BPL, Vu and Sansui under its belt, Flipkart has set its sights on being the most dominant large-appliance online marketplace in the country.

We are already at over 60 per cent of the online large appliances space. The large-appliance segment is the third-largest category for Flipkart after mobile and fashion. It will be Flipkart’s biggest growth driver in the next two to five years. The category doubled in size last year and we are targeting 3X growth in the next 12 to 18 months,” says Amit.

BPL, which was targeting Rs 50 crore from its first year of sales, has now revised the target to Rs 70 crore after seeing the initial response. “This is the only thing the flagship company will be focussing on. That is how important the large appliances business is for BPL,” says Ajit. And on what the consumer response to seeing BPL back means for him, Ajit says: “I am overwhelmed.”