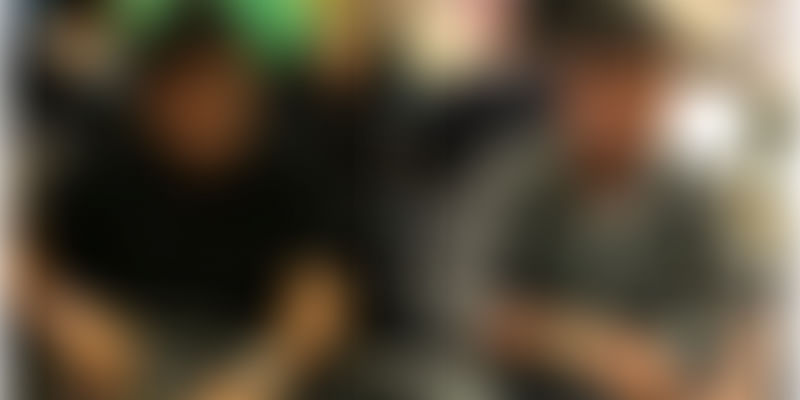 They say poker is a gamble, but not so long ago, they said that about entrepreneurship too. And if you think about it, the two aren’t all too different. Your skill decides your competence; and your decisions decide your victory;this equation hardly has room for luck.

A good businessman also weighs up the hand he is dealt and attempts to make something of it; he then bets on himself, raises the stakes and takes the plunge. He taps into his progress and goes all-in; he doesn’t fold when he’s so close to victory, even when he senses competition. With a combination of nerve, attitude, and flair, he sticks it out until he’s the last man standing.

As does a good poker player. Clawin D’Souza, 26-year-old professional poker player, is both. He became one of the first Indian players to reach the Supernova status, an elite player ranking, having played over 5 million hands and won over 35 titles since he first started playing in 2008.

Clawin has hated numbers as far as he can remember, until he met Sandhya Raman, who helped him befriend his math,in the ninth grade. Armed with his newfound love for numbers, Clawin also wanted to become a sportsperson, as he found himself decently good at everything he tried his hand at – but, he realised, not the best. “I also used to play a lot of football, but I always felt like I was at a huge disadvantage because there were always kids my age who had way more experience and training than me. I was always looking for a sport where I could be that person people look up to.”

The BBM graduate from Presidency College in Bengaluru got his chance, and he decided to call the universe on it. “I started playing poker in 2008 when I was in college, on a Facebook Poker App where you play for non-monetary chips. I read a little bit online about some basic strategies, and I was instantly hooked to the math and psychology that is so intrinsic to the game. Poker brought out the competitive side of me. I remember sitting for hours on my computer trying to increase my score to a million play chips.”

Upon reaching this goal, his naiveté led him to think he could take on the world. While the spirit was bang on, perhaps his timing wasn’t.“Amateurish fearlessness crashed head first into reality when I was invited to a real money home game for tiny stakes. This is where I first realised that if Texas Hold ‘em poker is a game of a thousand levels; I was still ensconced in level zero.”

Hardly deterred, if anything, Clawin was more enamoured by the mysteries of the game and wanted to crack the code. “That was when I realised why they say that poker is a game that takes a day to learn and a lifetime to master. I came across a site that trains players and gives them some free money if they pass a quiz, so I started searching online for strategies and built a strong foundation for this beautifully complex game.”

Before he knew it, he was making a lot more money playing poker than he was at his day job as a business development manager. The year was 2008. “I decided to take a year off to try playing poker professionally. This was my opportunity to be ahead of the curve and be one of the first people who took the game seriously, in India.

The gamble paid off. “I feel like a small rockband that blew up overnight!”He raked in winnings of over Rs 10 lakh in the first 18 months of his professional journey.

Gaming law in India is the state's domain, and high courts of states like Karnataka, West Bengal, Goa and Sikkim

have unequivocally declared poker as a game of skill. But the sport of poker in India is yet to get the light of day from an ever-rigid mindset, where as a blanket rule, any card game is labelled as gambling. But it is starting to be part of the young adult consciousness and vocabulary. “Poker, however, has a 80 per cent skill factor in the short run, and is a 100 per cent skill sport in the long term, given one plays enough number of hands. I can best liken it to chess, where the focus is firmly on being decision oriented, and not result oriented. Over the long run, variance in poker tends to zero, and much like any other sport, the cream rises to the top.”

But, Clawin feels the sport has come a long way in getting traction. “It is a game thatcan be learnt easily and now Indian poker websites like Spartan, PokerHigh and Baazi make it incredibly simple to instantly log on and be part of the action,” he says.

His greatest high was when he won a tournament at the Asian Poker Tour in 2012, where he walked away with a little more than Rs. 2.5 Lakhs in a single day. “As a player who had started at stakes as low as Rs. 50, this was a dream come true. After that I got selected as a poker coach at an international poker site and had the opportunity to travel around Europe to teach poker.”

For Indian poker tournaments, the biggest buy-in is Rs 1 lakh, which has happened twice in the last six months in Goa. The more popular way of playing poker is online cash games that run 24/7 on multiple Indian poker sites.

Last year, Clawin played the Rs 1 lakh buy-inHigh Roller tournament in Goa. “It was a great experience because the sharpest poker minds in India played for a total prize pool of over Rs1 crore. The competitive spirit in the poker room was palpable, and I really felt like I had ‘arrived.’”

Presently, he plays the India Poker Championship held at the Deltin Royale, and the Spartan Poker and Poker High tournaments online, from home, for four to six hours a day. “Besides this, I spend a decent amount of time trying to further understand the mathematics behind various situations in poker,” says the star, who is now gearing up to take on the World Series of Poker next year.

Given the stage the player as well as his favourite sport is at currently, Clawin thinks it is only natural that he become an architect of the trajectory the sport will take, in India. He feels the interests have been aroused, but no formal means exist for aspirants to cultivate their skills. “My plan is to figure out ways to introduce this sport to a larger audience. I am presently working on an online poker school where I intend to teach the basics of poker strategy in a structured and organised manner. I have already been coaching players on an individual basis, and presently it takes anywhere between two to eight coaching sessions to transform a beginner with little experience into a winning player.” The poker school is presently free but he intends to create a membership structure where players pay a monthly fee to have full access to our strategy articles and videos.