After a year in stealth mode and with $3M funding, this IITian startup is all set to solve content organisation problems 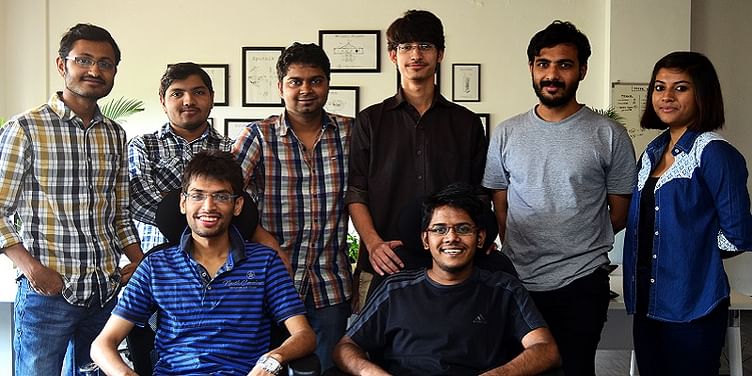 Imagine your phone has a content organiser and folder that work as a collaborative Dropbox for every kind of file, tweet, document, image, video, map and whatever you want to share. This is exactly what Cubeit does: it aids hassle-free content organisation.

Sarthak Jain, Nithin Gadiparthi and Prathamesh Juvatkar started Cubeit in 2012, while at IIT, Gandhinagar. The three already had job placements and found themselves with some free time. During one of their chat sessions, the usual suspects featured on their heroes list – Mark Zuckerberg, Bill Gates and Steve Jobs – and, sure enough, they realised they wanted to create something of their own as well. And in two hours flat, they set up GridAnts, cheerfully admitting they didn’t have a clue of what they were going to do with it.

Nevertheless, having been bitten by the startup bug, they got down to some serious work. They went back to IIT Gandhinagar, their comfort zone, where they built software for a friend. The job paid them Rs 25,000, but it also entailed opening a corporate bank account, for which they needed an additional Rs 75,000. Sourcing money from family and friends, they took this first step. But then, for the next two months, there was no sign of income or product.

“A month later, something magically clicked and we got a large contract. For a while, things looked up. We had found a product somebody wanted, and they were willing to pay us well. We repaid all our debts, but there was just one problem: nobody else wanted the product,” says 26-year old Nithin.

Buzzing with ideas and through intense debates, the three entrepreneurs then zeroed in on Cubeit. They were sure of its viability but, the investors? Not so much. “One of them said, ‘Nobody needs your product, it is worthless to build it.’ Another said, 'everybody knew that it was needed, but Google would build it before us',” Nithin says.

But the trio’s persistence paid off. They eventually found an investor who was interested in the idea. But their initial optimism waned when they were told they would have to surrender double the equity they had planned. After some soul-searching, they decided to decline the offer. Happily, their conviction paid off and within the next few weeks, they found themselves face-to-face with those who wanted to invest in the idea.

The team has been in stealth mode for the last year, where it has been validating the concept with an MVP (minimum viable product). It has moved out of private beta and into public beta and is looking to gain traction.

Currently, the team has around 2,000 users and has raised a seed funding of $3 million from Accel Partners and Helion Venture partners. The trio moved to Bengaluru and are all set to launch Cubeit in the market.

“We started building Cubeit because we knew there was a problem with how users interact with their content on mobile. For example, on the desktop you have a folder system where you could pull together different types of content -- like a presentation, document, image, note, and video, and collect it under one concept. But if you try to do that on your phone it’s impossible,” Nithin points out.

Different kinds of content are specific to apps, so users can’t collect a tweet and a contact together in one place if they want it to be organised together.

To test the product, the trio conducted several user interviews to understand how people used apps and content on their phone. This is when they realised something crucial: people want to collect different kinds of content for the purpose of sharing.

Nithin explains, “Say you're planning a vacation. You're doing it on a WhatsApp group, sharing blog links, hotel reviews, flight schedules, and possible itineraries – all as text or links. The problem with links is that they are just text, and it is impossible to understand what they’re about unless you click on the link, go to another app, read the content, and come back to chat, by which time the conversation has already shifted to something else.”

The trio then thought of converting all links into cards, which would intelligently extract important information from the link, and present it in an actionable manner. So if users shared a Zomato link with friends on Cubeit, they would see a card with the name of the restaurant, rating and cost, along with buttons to call the restaurant or navigate to the location. He explains:

“With this, we eliminate the need for anyone to switch to other apps to view/use content. And the fact that people already share screenshots to make content consumption easier merely confirmed our view.”

Ready for the market

The team is looking at recommendation of content and lead generation as its business models. Nithin says that the Cubeit model works on the kind of content people view, based on which the team intends to recommend different kinds of content to different people according to likes and storage.

Additionally, the different kinds of content the individual stores acts as a lead generation. So, if a user stores a map link, there will be a button attached to the map content for a taxi app. “This can be a lead generation for Uber or Ola,” explains Nithin, adding that currently their user base is from India, US and Spain.

Today, with the amount of data that is being generated, it is becoming all the more important to build collaborative apps and Dropbox-like platforms. Other popular collaborative and storage platforms include Evernote, Pocket and Slack.