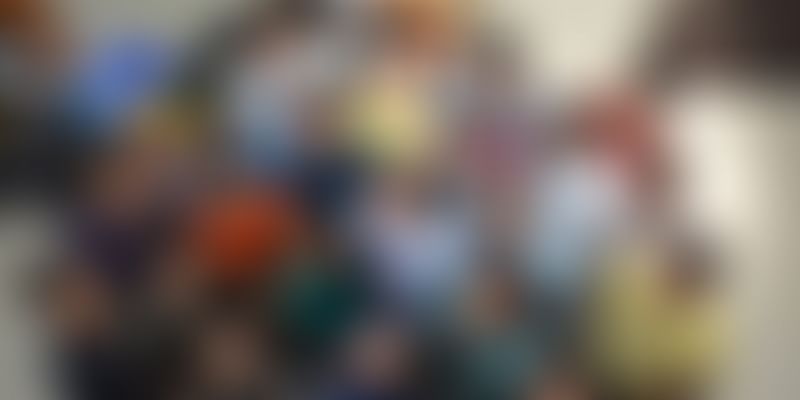 How many of you have been refused a loan, despite your finances being in order and submitting all the documents?

Abhishek Garg found himself in a similar situation in 2014. Having applied for a home loan, to his shock he realised that he wasn’t eligible for the loan and it was rejected. “The credit worthiness of an individual is determined by a CIBIL score. Although this is great way to reduce defaults, it doesn’t make it easy for people who have never taken a loan to get a good score or ranking,” says 27-year old Abhishek, Founder of Finomena.

A fintech platform, Finomena, brings in the unique combination of big data and finance to determine the credit worthiness of an individual. The platform works as an intuitive model to ensure that the disbursement of loans happen in a viable and efficient manner.

Rajat Agarwal, Matrix Partners, Investor in Finomena, says that usually entrepreneurs who startup on the basis of a deep personal experience and pain-point they tend to build sustainable businesses.

It takes less than three minutes to fill an online loan application and only 24 hours for the applicant to know the status of their loan. Applicants also have an option to choose the repayment period and the amount of monthly installments that meets their monthly budget.

The team has raised an undisclosed round of funding from Matrix Partners, Kaushal Aggarwal, MD of Avendus Capital, and Harsh Chamria, AVP of Magma Fincorp, along with other angels.

From coffee to credit

Unlike founders and people who have known each other for a long time, Riddhi Mittal and Abhishek decided to join hands and start Finomena over a coffee table discussion. Introduced through mutual friends, the duo have diverse yet complementary backgrounds.

“When I came to India, there was an infectious energy, and I knew that I could be a part of something much larger here. One day Abhishek was explaining the gap in the finance market to a friend. As luck could have it, I was around and ended up explaining most bits and feeling a sync with what Abhishek was talking. So we hit it off and decided to startup together,” adds 25-year-old Riddhi.

Initially, when the duo did their research, they found that most NBFC’s and banks did not provide loans to a massive chunk of college students and young working professionals, freelancers, or self-employed individuals. They found that this segment was largely untouched by most banks and NBFC’s. The traditional modes of data collection and KYC doesn’t make this category credit worthy.

They don’t have a traditional source and mode of income, thus they lack the appropriate credit history. Citing an example, Abhishek adds that if a student goes to a bank or NBFC for a loan for a laptop, he or she wouldn’t get it and the parents would have to take loan on their behalf.

With more than 50 per cent of the country’s population being below the age of 25, the duo realised that this was a problem that needed to be addressed. Riddhi adds that most of these traditional modes of assessment don’t make sense in today’s world. “India is a mobile-first world. The amount of digital footprint and data every individual has created is simply phenomenal,” she says.

It is on the basis of this score that the borrower’s application is sent across to a selected set of NBFC’s, who are most likely to approve the loan disbursement. The duo say that they see themselves as a customer experience-driven fintech company, helping improve the lending experience end-to-end.

They source applications, risk assess them, and send it to NBFC partners for loan disbursals. The backbone of the business is risk assessment and aim to spend majority of the resources on bolstering their credit risk models and building a strong tech backend in the next three to six months.

Rajat adds that apart from the infectious enthusiasm and passion of the founding team, they also saw that the product the team were building was different and brought in a sense of semblance to an otherwise boring and confusing segment.

Abhishek says, “We source applications via online/offline platforms, like website, Android app and offline stores, where people apply on a tablet kept in the electronics store. We risk assess these applications for more than 20,000 data points using our complex machine learning algorithms and send our assessment report to backend NBFCs. We charge a fee to NBFC for our services and they take the final decision on disbursal of loan to the consumer.”

The team began with a soft launch and one hour of credit literacy talks early this month and launched their app last week. They aim to cover the top cities and colleges in those cities by the end of next month. They also plan to run employee special programmes and schemes in collaboration with companies to offer their employees phones/laptops on easy monthly installments.

Riddhi adds that the Aadhar card and the unique identification number is possibly one of the most powerful ways of transforming the data and footprint of the nation. She adds that there is no other nation in the world that brings such a powerful means of access and identification, which covers such a massive scale and cross section of individuals.

Where is fintech headed?

While the Government of India is trying to solve the problem of financial exclusion with schemes like Jan DhanYojana, Aadhar enrolment, and payment bank licenses, fintech startups across the nation are expanding financial inclusion by leveraging technology.

According to a TechSci report, the mobile wallet market in India will touch $6.6 billion by 2020, backed by crucial factors like the increasing usage of smartphones, a rapidly expanding mobile Internet user base, government focus, and favourable demographics –50 per cent of Indian smartphone users are aged between 18 and 30 years.

According to Sharad Sharma, the next Uber will come from the financial sector in India. Fintech startups have the potential to enable service delivery to 942 million people in the country who have Aadhar numbers.