From an IoT device to automated refrigerators, this startup builds innovative products for large corporations 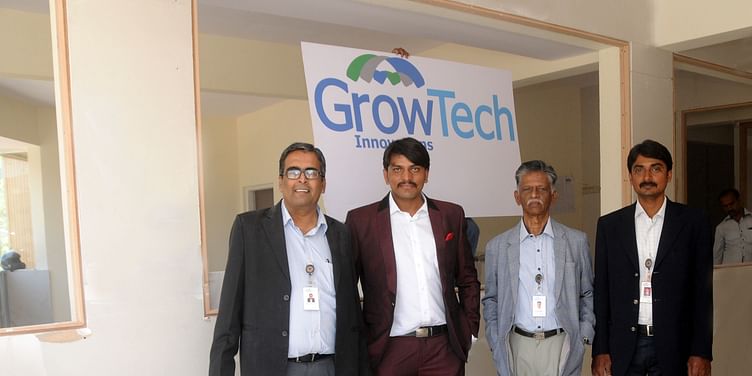 Idea to market. It possibly is one of the most important phases of a product, company and a startup lifecycle. In Pradip Subramaniam’s 25 years of experience in product and technology development, in companies like PepsiCO, Hitachi, LG, GE and Phillips, he found that the journey from idea to market for any product or solution was not seamless. There were also many cases where thoughts and ideas would get watered down or modified in the passage from idea to concept to prototype to consumer trials to mass production.

He realised that there was a burning need for some agency or company to play an anchor through the whole process of idea to market in an end-to-end way, when dealing with such diverse backgrounds like industrial design , product planning and marketing, new product introduction (NPI), technology, market research, project management and so on.

“It was my Eureka moment in my last stint as a Director of Innovation and Development in Philips Consumer Lifestyle that I realised this problem and thought of a solution to apply my learnings to help clients across the globe in an efficient manner,” says 47-year-old Pradeep.

This gave birth to GrowTech, which focusses on providing end-to-end products and solutions in the idea-to-market space, with the right mix of technology and marketing insights. The working of the platform is simple. The team works from project to project basis.

What do they do?

For instance, if there is a micro-brewery that wants to build a wine cooler, GrowTech takes on the project, builds the wine cooler for the brewery, handles it from the ideation, discussion, building the technology and final deployment stages. Pradip adds that the technology that the GrowTech team builds and develops will be patented, and while the client sells the product under their brand name, the GrowTech team gets a royalty fee for every sale made.

The team is currently working on providing end-to-end solution to on several projects for its clients, such as developing a 100-litre refrigerator, patented water/oxygen bottle that dispenses water and oxygen separately and is useful for activities like mountain climbing, IoT-enabled wearable device for measuring indoor air pollution and a smart inhaler for asthma patients.

“We are also working on a social innovation project that is supported under the MSME scheme by Government of India to bring a low-cost device that can generate water from air, using a novel refrigeration technology. We will be delivering the proof of concept this year,” adds Pradip.

The idea is to partner with global corporations by providing the required domain and innovation capabilities that complement the client's core competencies.

The working force behind

The small core team networks with partners worldwide to work on converting the idea to a product or a solution.

There is a professor of a US university on board who has been a prolific inventor with a track record of having commercialised more than 30 patents that have successfully transitioned into stable products in the market. Additionally, an IIT-Madras professor who helped shape IIT Madras Research Park is on board.

P V Subramaniam is the Co-founder and Director and takes care of innovations and operations. He is an ex-railway executive engineer with over 35 years of experience in design, development and implementation of electrification of tracks in India as well as UK and the UAE.

Shaam P Sundhar works as the Technical Advisor. He is a PhD in Electronics Engineering from Ohio State University. The team currently is in the process of hiring team members in the areas of project management, NPI, hardware and software with expertise in IOT and pre-sales.

The team was incubated at IIT Madras, Research Park in the RTBI (Rural Technology Business Incubator) in 2015 and raised a seed amount, and in December the team raised another round of funding by Ratan Tata. It works on licencing, co-creation-based licencing or outright IP sale, where the client and Growtech share the IP, and consulting models.

Pradip adds that they want to build a world-class product realisation lab in the idea-to-market domain, with a target to reach $1-billion sales in next 5-6 years.