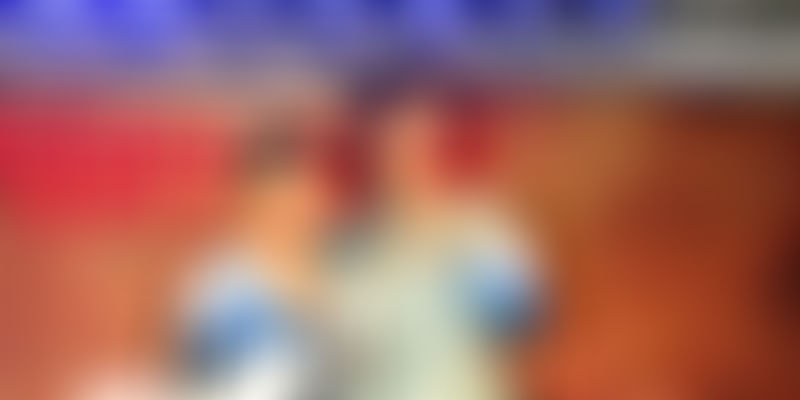 Sure, we call our actors ‘heroes’ colloquially. But out of the several hundred roles they may play in their career, there are only a few roles where they truly get to step into the shoes of a hero. Interestingly, even as biopics on male greats are being made since the late 50s, the first time a woman got a cinematic ode on her lifetime of descents, plunges, and victories was only around the early 90s. Since then, a rather illustrious line-up of women had their journeys turned into films. Here is a list of some of the greatest real-life tales of women that have graced the silver screen.

Mary Kom put women’s wrestling on the map for a nation largely condescending towards women’s sport. Some even argue that she put the state of Manipur on the map for its ability to bring pride to the nation. “Magnificent Mary” is the only woman boxer to have won a medal in each one of the six world championships. She is also the only Indian woman boxer to have qualified for the2012 Summer Olympics, competing in the flyweight (51kg) category and winning the bronze medal. Although Mary had been earning the nation laurel after laurel for years, the spotlight shined brightest upon her when she brought the Asian Games Gold home in 2014.

The 2014 film with the same name, directed by Omung Kumar and produced by Sanjay Leela Bhansali, dramatises her road to becoming a boxer all the way to her victory at the 2008 World Boxing Championships in Ningbo, played to fierce yet toothsome perfection by Priyanka Chopra.

In an interview, Jessica Lal’s mom and sister told the media that they feel Jessica’s absence everyday after she was murdered in an act of rage in 1999.The lack of laughter, cheeriness, tomfoolery in their lives makes the silence ring louder in their ears. Jessica Lal was a model and a bartender who was shot dead in a bar in Delhi in April 1999 by a Congress MP’s son Manu Sharma, after which, the Indian Judiciary lived up to the hyperboles that do the rounds about its corruptness and redtapism. The man walked free after a cushy trial in 2006. That seemed to be the fateful end to the story, until the media decided that the stink was far from being subsided. No One Killed Jessica, starring Rani Mukerji as the potty-mouthed journalist, who was just the raw deal, basically, and Vidya Balan as Sabrina Lal, Jessica’s sister who captained the movement, carried the women-driven reality and film on their shoulders to depict how the media’s activism brought him to justice by having the case re-opened and fast-tracked.

Think coalitions of people in the fringes of Uttar Pradesh, think Khap Panchayats that are thrusting the patriarchy down the throats of gullible commoners. But as of 2006, another kind of group emerged, a set of unlikely vigilantes who are righting centuries worth of wrongs in order to restore hope and freedom. The pink saree-clad messiahs, rounded up by Data Satbodh Sainin 2006, are up in arms against rape, dowry, dowry beatings, child marriage, domestic abuse, desertion, deprivation of education, child molestation, and sexual harassment, and go by the name Gulabi Gang. The 2014 film starring Madhuri Dixit as the then leader of the gang, Sampat Pal Devi, shows the rise of the quasi-political group of wardens, who serve up their own versions of justice to offenders who dare to violate the rights of women to live with dignity, freedom, and respect.

This film makes no efforts to show the under-belly delicately, and neither does it attempt to portray the act and repercussions of rape in a symbolic or tactful manner – it administers the whole truth for your eyes to adjust to and your heart to absorb. It is based on a true incident of a mentally challenged 10-year-old girl, Shruti,who was raped on a local commuting train by three druggie co-passengers. The film’s plot revolves around the rape and subsequent death of a 10-year-old schoolgirl and the dramatic quest for justice by a righteous police inspector, almost fighting an uphill battle alone, along with her heart-broken but determined parents.

When you want to call an Indian girl anything from bossy to bold to aggressive to driven, you jokingly, lovingly or attackingly call her Phoolan Devi. Such was the story of the woman that turned her into not just a legend, butan adjective; a symbol. She was born to a lower caste family in Uttar Pradesh and married off a child. The courageous girl ran away from her husband, joined a gang of bandits as their only woman member and fell in love with another, only to lose him in a gang fight and get brutally gang-raped by the victor. Her wrath knew no limit, when she rallied the remnants of her dead lover’s faction, and rained down burning sulphur on Behmai, the village where she had been raped, and lined up 22 Rajput men only to shoot them dead. After the massacre, the media declared her a Robin-Hood-esque feminist. She became Devi, and was on the run for two years before she surrendered. She was acquitted after 11 years of a hung trial, and took on politics, getting elected twice to the Lok Sabha as the member for Mirzapur, representing Samajwadi Party and was twice elected. The film on her life released in 1994, with Seema Biswas in the pivotal role. Ragingly successful, she bagged the National Film Award for her performance.

Neerja Bhanot got her cinematic ode just a few weeks ago, through a film named after her with Sonam Kapoor at the centre. The Neerja Bhanot Award is rightly conferred upon patrons who exhibit unmatched bravery and resilience. She was the 23-year-old purser for the Pan Am Flight 73 that was hijacked by some Libyan terrorists, who was shot and killed while shielding three children from a rain of bullets. She not only saved the lives of the three children, but also took charge and helped several passengers escape from the doomed aircraft– when she could have simply abandoned them and jumped off first. Posthumously, she became the youngest recipient of India’s highest peacetime military award for bravery, the Ashok Chakra.

Bhanwari Devi was one of India’s most consequential feminists that set the stage for the Indian women’s movement post the 90s. Born and raised in a village in Rajasthan, Bhanwari Devi took to social work through the natural inclination of wanting the best for her fellow-women villagers. She fought by the side of rape victim, which put her on the radar of the upper-caste Hindus of the district who commanded the most fist-power. When she chose to oppose child-marriage, she was punished for it cruelly by the men as they gang-raped her. She courageously reported the incident, only to be caught in a tide of botched evidence, corruption, and lack of sensitivity towards the issue on the part of the judiciary. She never got a fair trial, and no one was prosecuted. However, she became the case study for various metrics in the women’s movement, and received many national and international honours for her spirit. The 2002 Jag Mundhra film Bawandar saw Nandita Das step into the central role, albeit with names of all things and places changed. The cinematic tribute to her heart-wrenching story got various accolades at worldwide film-festivals.

The filmmakers and writers insist that their movie captures the typical life-cycle of a bold film-actress, but their protagonist’s character bears striking resemblances to possibly the most popular sex-symbol of south-Indian cinema –Silk Smitha. Case in point– Silk Smitha shows up on Google’s auto-complete before silk sarees, both the gift of south India to the world. Both, the real and reel silks ran away from their hometown to Chennai to make a career in films, took to bolder roles, didn’t shy away from on-screen suggestive erotica and peaked to become the embodiment of oomph. However, crisis after crisis in her personal lives, failed relationships, criticism against her roles and her choice to wear every woman’s sexuality on their sleeves, coupled with a dependency on alcohol are said to be the reasons why she sank into depression and committed suicide at the age of 36. Vidya Balan plays the Silk’s role in the film, which won three National Film Awards and Filmfare awards, including Best Actress for Vidya and Best Costume Design.

“I decided to show him how much it hurt. At times I had tried to run away, but he would catch me and beat me even harder. I decided to burn his feet so he couldn’t run after me.I wanted to give him scars like those he had given me, to have him suffer pain as I had.” Kiranjit explains why she set her husband’s bed on fire, who inflicted physical and mental abuse and marital rape upon her every single day in their 10 year marriage. Jag Mundhra fictionalised the events of this story in his film Provoked, with Aishwarya Rai as Kiranjit.