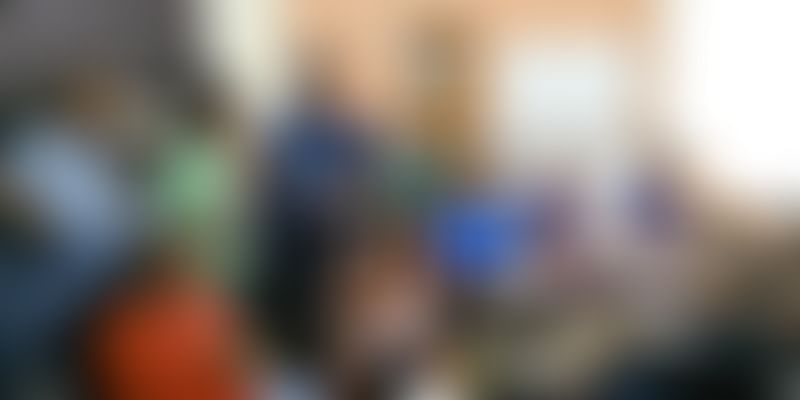 SwitchME, the fintech startup that helps consumers switch their home loan interest rates to a lower per cent, raised an undisclosed round of funding from investors like Mohandas Pai, Hiro Mashita, Singapore Angels, and others. This round of funding is an extension of an earlier round that was led by 500 Startups, with participation from Rajan Anandan and Ajay Sarupria.

The team will be using the funding for market expansions and strengthening their technology. SwitchME services are currently available in Mumbai, Pune, Bengaluru, and Delhi. Aditya Mishra, CEO and Co-founder of SwitchME, says that they are excited to have the support of investors who understand the need to making finance easier for the common man.

Investor Mohandas Pai says that technology is disrupting mortgage markets, allowing for more choices, reducing complexity, thus allowing the consumer to make better decisions. He adds that the team has brought in their domain expertise to build a platform that can evaluate different options across various parameters.

Founded in 2012 by Aditya and Sourasis Roy, SwitchME initially began with a similar problem in Mumbai – electricity switching. Aditya explains this by saying, “We wanted to work on the finance and loan interest rate switching, but we wanted to test if the technology would work. In the suburbs of Mumbai, Reliance Energy and Tata Power supply electricity, and by a Supreme Court ruling consumers have the choice of switching between the two. So we built the technology on electricity, and in 2014 when we saw it working we moved to banks.”

Aditya adds that the platform’s technology finds the best lender match for the customer across different parameters. Aditya brings in his decade of experience from TCS and Sourasis has a degree in Maths and Computer Science.

The team claims that the customers can save almost 10 to 30 per cent of their loan amount without going through the tedious paperwork. Citing an example of one of their customer’s, Aditya adds that Rahul had a home loan from ICICI Bank at 11.5 per cent interest rate. SwitchMe transferred his loan to SBI at an interest rate of 9.55 per cent.

Aditya adds that they are looking to expand their physical presence in different cities and are also looking to add more products and increase their set of banking partners.

The past few months have seen a lot of momentum in the finance and technology spaces. From Jan Dhan, payment banks, small finance banks, RBI and Mundra, the financial landscape is in for a sea of change. The digitisation of commerce is starting to pull the missing middle into the formal economy in a way that it has never happened before.

The fintech space is currently at the cusp of disruption. In 2014, investments in the segment shot up to $12 billion from $3 billion the previous year. It is believed that various verticals of the banking system will be broken down and made simpler with the use of technology.

These include money transfers, account management, lending, and investments. The space is projected to grow at 48 per cent year-on-year. In Silicon Valley, the investments in the space shot up to 117 per cent and the total investments in Europe was at $1.48 billion.

In the recent past, several startups that work on loan disbursement have raised funding, namely Rubique from Kalaari Capital and Finomena from Matrix Partners. There also is a significant rise in the P2P lending space, Mohandas Pai’s Aarin Capital has also funded Faircent, the P2P lending platform.

Disclaimer: Mohandas Pai is an investor at YourStory