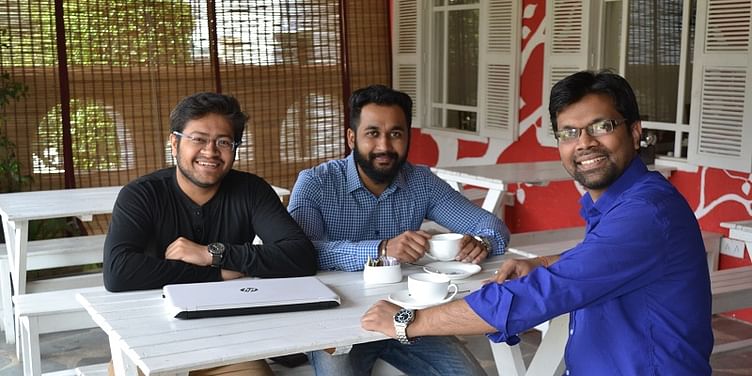 Last August, hundreds of individuals in the Bay Area opened their Facebook Messenger app to discover M, the Messenger’s new virtual text assistant. M claimed to help make reservations, book getaways and do other such chores, through its chatbot. Four months later, in December, Google was reported to be building a much smarter mobile messaging service, tapping into similar integration of chatbots that answer questions inside a messaging app.

Right when the segment is heating up, Gurgaon-based YANA is all set to make its mark, with a personal chat assistant helping users book cabs, order groceries, look up for contacts, all the while conversing like a friend. The platform also allows users to compare prices of cabs and groceries, letting them know the cheapest rates across platforms.

How did they get there?

For co-founder Rahul Gupta, the vision was fairly simple: to integrate all services on one platform on your mobile phone. The inspiration came from US-based Magic, a texting service where customers could request most things delivered at their doorstep. In February, requests to Magic blew out of proportion, with over 17,000 messages in just 48 hours.

After graduating from IIM Bangalore, and finishing a course in association with Cornell, Rahul went on to join Goldman Sachs in Hong Kong. But the need to do something big made him leave GS in 2013. He was then associated with Narendra Modi’s campaign for the 2014 General Elections. He states to be the founder and executor of ‘Chai pae Charcha’, which was well received during the campaign.

When the election was over and the campaign team moved to Delhi, Rahul met Ankit Sharma and Aashish Gupta through common friends and chose to stay with them. The three then decided to build the product together.

The trio ran a pilot similar to Magic's, floating a WhatsApp number allowing people to request for things. In two months (May and June 2015), the team received almost 50,000 messages, which helped build YANA’s intelligence.

Today, YANA responds to users with grocery platforms when they ask for tomatoes, potatoes, bread etc.; allows them to book for cabs and home services, while also providing contacts of businesses around them.

The founders claim that the artificial intelligence engine is 100 percent automated with no human jumping in to reply if a certain query doesn’t go through. The engine uses machine learning technology, including Natural Language Processing (NLP) and neural networks to get users what they need.

The platform also suggests users places to dine out, which is powered by not just Google Places but also its proprietary 'YANA places,' which has more than 10,000 vendors and businesses listed across the country.

But Rahul rather laughs and tells that places, services or booking cabs is not what YANA is used for. Rather, amused consumers use it for conversations which comes out as their strongest functional category for usage.

In the coming month, the firm is looking to strengthen YANA’s capabilities to allow consumers to order food, get recharges as well as book travel itineraries and movies. The founders admit that shopping and news might also be in the charts.

To facilitate the existing services on the platform, the business as of now has seven vendor partnerships, including known names like PepperTap, ZopNow, Ola, Uber, HouseJoy, EasyFix, JetSetClean and more.

It is looking to bring 15 more known brands in play.

All five major categories of YANA (Groceries, Places, Cabs, Home services and Conversations) are fully active in Delhi, Gurgaon, Noida, Bengaluru, Mumbai, Pune, and Hyderabad, while limited services are available in other cities like Kolkata, Ahmedabad, Chennai and more.

Since the launch of the app in early February, the app has got more than 3,000 downloads with 1,500 weekly active users. The platform is also closing five to 10 transactions every day. This doesn't include users requesting for contact information, which the co-founders says is also high in number. Rahul says,

“We are trying to create the first transactional chat assistant platform in the world. The experience is so integrated that the consumer doesn’t need to leave the platform to pay or doesn’t need hundred apps installed on his phone. He can do it all with just one interface.”

In the next six months the firm is working towards closing 1,000 transactions on the app on a daily basis, with the vision to introduce suggestions by YANA before the user calls for it. The firm is also eyeing international markets like the US, UK and Europe

According to the founders, the platform's revenue is through charging a commission to vendors, ranging between five and 10 per cent for every transaction.

Last November, the firm secured an angel round of investment of an undisclosed amount from Puneet Gupta, Executive Director of Goldman Sachs, Hong Kong. The investment was used to build the technology platform.

The startup is all geared up to raise its next round of funding by this year.

The notorious technologists have built an interesting take for YANA to answer on competition. She wishes her competitors like Haptik, Helpchat luck for survival.

But the real proposition of the business here is concierge services with multiple players flocking the segment.

In the concierge segment that YANA competes in, Haptik works on a similar model with 50 percent of the queries being answered by the machine and rest by the 150+ chat operators It has five lakh downloads on the Play Store, with about two million messages being exchanged every month in May 2015. Haptik also enabled cab bookings with Ola in November.

Helpchat (previously Akosha) raised a Series-B of Rs 100 crore from Sequoia, last May. With over 30,000 consumer inquiries every day over the web, telephone and its Android chat app, the company was working on manual chat operators with humans replying to consumers.

Then there are others like Qlivery, which gets anything done and delivered within 90 minutes, from personal shopping to deliveries to tasks like photocopies. All this by messaging or making a call to their helpline. This month, it raised a funding of $230,000 from Hong Kong-based Swastika. There is also Lookup, which connects shoppers with local businesses, raising a round of $2.5 million of Series A funding.

Therefore, there is no dearth of investments in this segment owing to the opportunity size. But what lacks is the use of technology and making truly an automated assistant which YANA has proven to create.

However, the founders say the uniqueness of the platform lies in the technology, and in closing transactions in less than a minute with 100 percent automation.