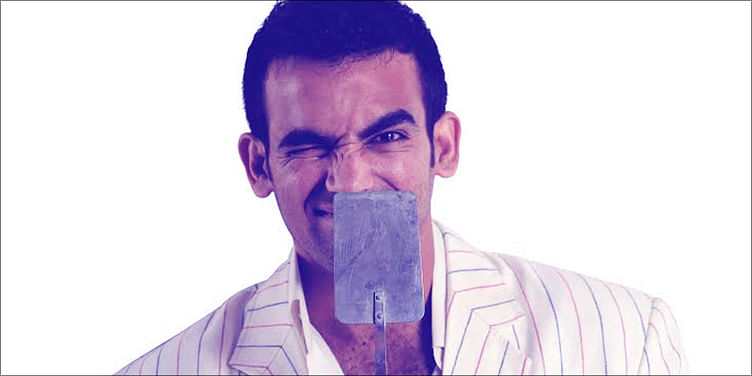 There are few things in this world that bring more joy than food, and even with all the different food delivery apps and foodtech platforms, one can't top a good fine-dining experience. And this sporting season, nothing can give you better fun than food and cricket. Especially, if it happens to be restaurant of famous former cricketer Zaheer Khan.

The idea for Zaheer Khan’s 'Hospitality' was as an offshoot of several ideas. After different brainstorming sessions, Zaheer Khan and his family felt that starting a restaurant and a sports lounge would be a great idea, as, after all, Zaheer’s second love is food. This gave birth to ZaheerKhan’s in 2005.

Anees Khan, Director at Zaheer Khan’s, and Zaheer Khan’s brother, who joined the restaurant business in 2006, says that they aimed to develop a sense of community and anticipation at Hospitality. And then it was all about getting the food right and making it unique and relevant.

The first restaurant was set up at Lulla Nagar, Pune. Initially, the focus was on the fine dining aspect of the restaurant. Later, a sports bar and lounge were added.

“Sports bars are the new subcultural phenomenon in offering value for money and being a major player in a sports fan's experience of a given game. I am assured that my sports bar will capture audiences in giving them a preferred place to whip up some high octave team fervour especially during matches like between India and Pakistan," says Zaheer Khan.

Alifya Sayed, Director at Zaheer Khan’s Hospitality, and Zaheer Khan’s sister-in-law, adds that it wasn’t easy to be a part of the industry which is growing each second. There were many who told them to explore other avenues, but they were sure of the idea and were passionate about it. “Everything else just seamlessly worked towards fulfilling our love for food,” adds 32-year-old Alifya.

The challenges faced were primarily regarding licencing, manpower and customer service consistencies. Being first-generation entrepreneurs, they had to learn everything on the go. The team, therefore, took its time to learn, unlearn and relearn things from its first outlet in Lulla Nagar to the next at Phoenix Mall in 2010.

While Anees had done a course in Hotel Management from UK, there was a gap between what he learnt and the job. It took them time to get the operations and processes in place.

It was to ensure the quality of meal and service, the team put various checks in place. Starting from training of the staff, sourcing of the ingredients from the right vendors, and customer interaction and, ultimately, the taste of the food, everything is closely monitored and managed by the core management team, the duo say. The first year was all about learning the nuances of cost.

Today, the company sees a growth of 35 to 40 percent YoY. Anees says that it takes six months to a year for the first restaurant to break even. In the past ten years, they have had six outlets across the city. Even with the growing play of food delivery and foodtech companies in the space, the trio believe that hospitality is a vast industry and it cannot break the appeal of fine dining and sports lounge.

Aniruddha Patil, one of the regulars at Zaheer Khan's, says the restaurant has seen steady growth since the launch. He adds that from initial wow factor of a celebrity restaurant to creating a place where the food speaks for itself, it has been an amazing journey to be part of.

"Infusing music, sports and delicious food has reinforced the concept of a sports bar in major cities like Mumbai, Bengaluru and Pune. Currently, we are looking to expanding in Pune before venturing into smaller cities where the idea of sports bar is slowly gaining momentum. We are also having major expansion plans in cities like Mumbai, Bengaluru and Pune,” adds Zaheer Khan.

The business of experience

The market size of fine dining is expected to reach $195 million by 2018 and is believed to be growing at a healthy rate of close to 15 percent. Apart from bringing in the experience of fine dining, celebrity restaurants capitalise on infusing the sense of grandeur and awe associated with famous names.

Some of the other celebrity-run restaurants include Tendulkar’s in Mumbai, 'Royalty,' Shilpa Shetty’s nightclub in Bandra, Dino Moreo’s Crepe Sensation, Arjun Rampal and Suniel Shetty’s restaurants, among others.