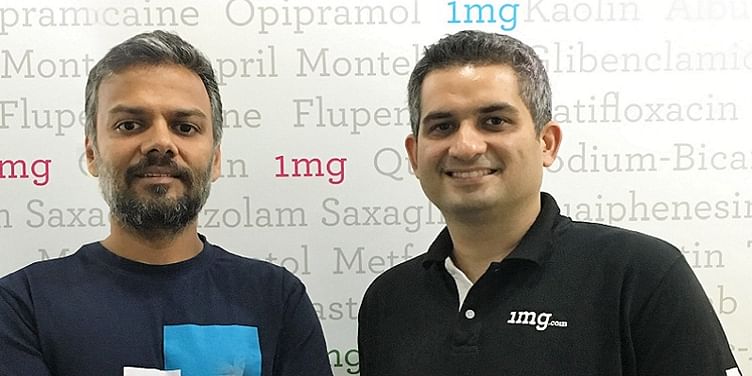 With this round of funding, 1mg will expand its offerings, and accelerate the presence of its e-pharmacy and e-diagnostic services across the country. In July last year, the company entered the alternate medicine space, with the acquisition of Homeobuy, a web platform for homeopathy medicines.

Speaking of the investment, the lead investor Matthew Kinsella, Managing Director at Maverick Capital Ventures said that they are impressed by what 1mg has achieved. He added that in India, they believe the platform to be a clear leader in the healthcare space with great engagement metrics. The team at 1mg will also be focussed on engaging more deeply in several public programmes like the ‘Jan Aushadi Yogana.’

The platform will also be launching digital health products like smart prescriptions and a personalised health feed. With these products, the team aims to help individuals understand their health concerns and manage it well.

“Today, after a doctor’s visit, you get a paper prescription. Imagine instead, if you were to get it in a digital format, where you see the doctor and his credentials, the tests he has prescribed, and why they need to be done, along with the best places and prices to get the same done,” says Gaurav Agarwal, CTO and Co-Founder, 1mg.

The team hopes that with these smart prescriptions, one can get information on the generics that can be prescribed, or also learn of the side-effects and potential drug interactions. There can even be repeat visits recommended, if required. It could also help set reminders on timings.

With My Health Feed, one can get a historic feed on all his or her doctors’ visits. It works as a timeline telling an individual the number of times he or she has visited a doctor, medicines prescribed, relapses and even revisits, if required.

Shailesh Lakhani, Managing Director, Sequoia India, says that 1mg has successfully simplified the ever-growing challenge of medicine access and lab tests. He adds that technology will be key to transforming the country’s healthcare landscape.

Starting as HealthKartPlus in 2013, 1mg now aims to be the one health app for all consumers in India. Now, the venture boasts of five million app downloads and 25 million monthly page views from over two million unique providers. It claims to have grown by 600 per cent over the last year in terms of app downloads and user engagement.

Prashant Tandon, CEO and Co-Founder, 1mg says that with their app, customers can now easily access knowledge about different medicine substitutes and can even save close to 80 per cent of their healthcare bills. This, he says, coupled with the e-pharmacy platform, helps users transact and purchase medicines with ease. Their more recently launched e-diagnostics services aim to bring transparency and simplicity to the lab-testing markets.

Over the past couple of months, there have been several online pharmacy and e-pharmacy startups. These include NetMeds, which raised $50 million from OrbiMed, mChemist, started by the ex-president of Ranbaxy, Medd, DeliMedi, CareOnGo and MediDali and now even the Sequoia-backed Practo.

However, there are key issues that most online pharmacies need to deal with. The online pharmacies are believed to be facing strong resistance by the All India Organisation of Chemists and Druggists (AIOCD). They had even called in for a nationwide strike last year stating that sale of medicines was illegal. Apart from this, the need for prescription and verification is tricky, in several cases most people have to resort to getting a fake prescription, which sadly isn’t difficult to create.