Ankita Jain wants to make GoPaisa.com a one-stop saving destination for all 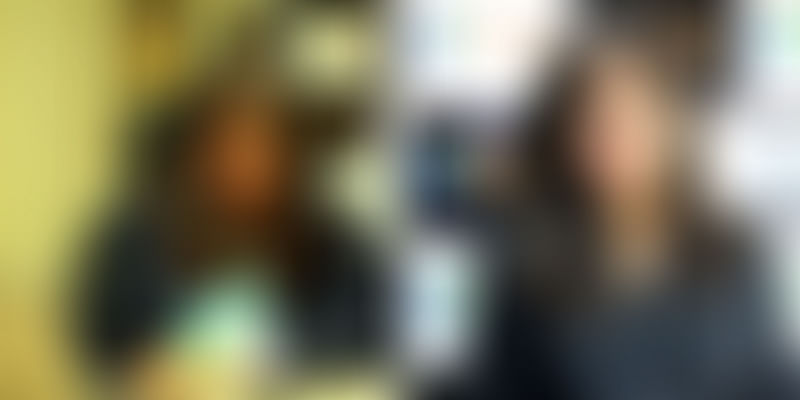 She dreams of having her paintings showcased at one of Delhi’s leading galleries. She has her daily dose of ‘masti’ during her one-and-a-half hour long commute to work. She eagerly awaits the weekend to escape the city on short trips and is a complete family person.

Born and raised in Surat, Ankita has worked in the Marketing department of several FM radio companies. For someone who got her first break at the age of 18, she always faced one challenge – people did not take her seriously, dismissing her as being too young.

And hitting upon the idea of GoPaisa.com came after a lot of discussion with Aman Jain, her partner in business and in life. Aman, who has a background in Finance, and she were busy convincing each other about the advantages of Finance and Marketing, respectively, till they decided to try their luck in the cashback sector.

We met at a common friends’ wedding in Mumbai in 2011, and we got talking about the cashback concept, which Aman had successfully tried out when he lived in London. Back then, India was just opening up to the idea of cashback in the e-commerce industry, and the idea was yet to evolve in the Indian market,

says Ankita, who says that people only understood the credit card cashback concept back then.

Started in 2012, now four years down the line, GoPaisa is a leading player in the cashback sector, and is associated with more than 550 brands.

The first two years after starting up was really tough, more so with Ankita being only 23 years old at the time. “People did not take me seriously. So I worked really hard and got the numbers, and it is these figures that speak for themselves. Our market has evolved with time and it is more about loyalty. We are targeting Rs 550 crore sales for partner merchants by the end of this calendar year,” says Ankita.

In the initial years, all her efforts were driven at drawing partners. Despite surviving on limited funds as they are still bootstrapped, Ankita says they are quite profitable. The company is in talks with investors, but is happy being on its own for now. “Our aim is to make technology more automated and self-sufficient,” says Ankita.

It’s all about money, honey

GoPaisa enables registered users to avail cashback or a cash rewards on their purchases from Myntra, Jabong, Expedia, Flipkart, and other e-commerce giants listed on the website. This platform also provides discount codes and coupons for various online retailers. The GoPaisa app was launched recently, both for Android and iOS, and has managed to garner 100,000 downloads in a short span of one year.

GoPaisa has a million plus users (website and app combined) and is adding 5,000-6,000 new users every day. The company’s GMV (Gross Merchandise Volume) was over Rs 55 crore in the month of October 2015.The corresponding figure stood at less than 1 crore in October 2014.

Globally, 20 per cent of e-commerce market sales are driven through affiliate marketing channels. With the market maturing in India, the number should scale up on the same lines. GoPaisa aims to be the largest player in this sector with at least 30 -40 per cent share of affiliate marketing pie in India.

The e-commerce market is estimated at about $10-15 billion. This figure is expected to touch $ 100 billion by the end of 2020, says a Google Study. Anticipating the addressable market to be worth nearly $20 billion, the commission pool can safely be valued at $1-1.6 billion. Even if the average commission expectation of 5-8 per cent is considered, GoPaisa is working towards capturing this market.

We wish to become a one-stop savings destination for people in all possible categories. The medicine and grocery category is growing significantly and people’s behavior is also changing,

Earlier, business mostly came in from Tier 1 and 2 cities, but now it has tilted a good 50 per cent towards Tier 3 and 4 cities as well. Ankita clearly recalls an incident where a lady from Haridwar called her to thank her for introducing the app. She now could shop big brands through the app itself. With IPL around the corner, GoPaisa has done something exciting – people can engage in a healthy bout of speculation and end up getting points to their credit. There is no money involved anywhere but people can happily back their favourite teams or players.

Talent in the smaller cities

Ankita says she has learnt a lot during her journey as an entrepreneur. One of the key learnings has been taking smaller cities seriously. “There is a general tendency to run after big cities and reputed institutes’ names when it comes to hiring people for a startup. But we went out to smaller cities and hired coders and developers. The only thing such talented people lack is the ability to speak well and get the right kind of exposure. Once they get that, there is no stopping them and they can match the best brains in the industry,” says Ankita. The company’s CTO, for instance, is from Allahabad.

As founder of the company, Ankita takes pride in the fact that they have a flat organisational structure. “No one is perfect and we learnt things on the go. So we are open to ideas. I have started going to colleges as well, to interact with our target group, which is 18-35, and to get to know their preferences,” she says.

I never had the decision-making ability when I was in Surat. I never indulged in online shopping either. It is here that my business has really helped me – it has helped me become the mature entrepreneur that I am today. I always knew one thing right from my childhood – I would not be bossed over by someone, and I wanted to become my own boss,

“As a youngster, everything excited me, and I wanted to do everything; there was no point of focus. Getting into business has helped turn my excitement into maturity. Now I think and analyse before taking any decision,” says this 25-year-old, who is thankful to her in-laws for providing the much-needed support that a married working woman needs.

She feels great to have her husband as her business partner. “We do have our ups and downs, but we are friends first and never mix our personal and professional lives. We have clear divisions when it comes to responsibilities at the workplace too,” says Ankita, a self-confessed Bollywood fan.

The husband-wife duo love to embark on weekend trips, and Ankita says,

We come back all charged up and concentrate afresh on the work at hand.

Government to provide Rs 4,500 Cr booster to vaccine manufacturers for ramping up capacity