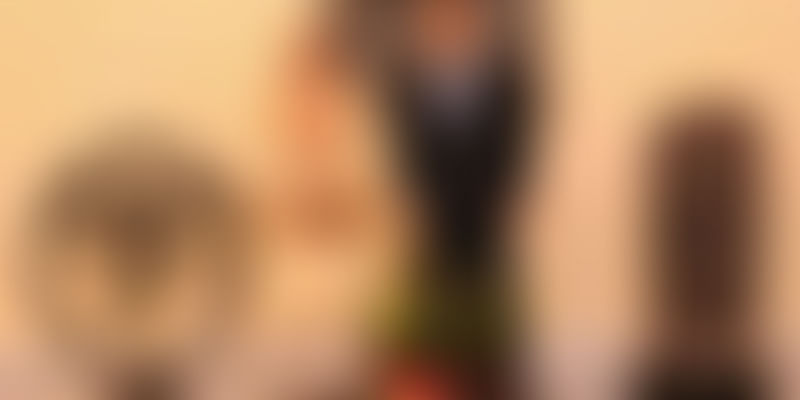 While the country was burning with explosive issues like women's entry in certain temples and banishment of fireworks from certain others, a group of determined individuals were burning the midnight oil, in this case the internet, to restore an altogether different kind of pride.

The India Pride Project (IPP) initiated by an informal body of volunteers from across the world aims to bring back India’s smuggled temple heritage and antiques.

For centuries, tens of thousands of Indian artifacts have been looted. What’s sad is that now we are not losing our art/heritage to terrorists or to conquerors. We are losing it to our own people for pure greed,

Anuraag and Vijay Kumar, an avid heritage enthusiast and blogger of Indian art, founded IPP, which is part of a growing movement worldwide that is prompting museums, art collectors, and world leaders to restitute these items to India.

Anuraag’s day job involves being the Asia-Pacific CEO for World Education Foundation, UK, and Vijay’s involves being a shipping professional. Both are based in Singapore.

Until last year, no one knew of their secret life as sleuths. A keen enthusiast of India’s culture and heritage, Anuraag says he got talking to like-minded people over social media and realised that there was no formal government body to stop these smugglers. Speaking to me on the sidelines of the INKTalks conference in Mumbai last year, Anuraag said, “In the international art market, India is a no-consequence zone. Unscrupulous art dealers and smugglers feel it is safest to loot art and antiques from India than say from other South Asian countries.” This assumption bothered him a lot.

Citing an example of how art has been used for money laundering for decades, Anuraag said, “I was a private banker working for a Swiss bank so I know what I am saying. If you have to carry a million dollars across an airport, you cannot carry it in your suitcase. Customs will catch you. But if you buy a million-dollar painting, roll it up and carry it with you no one’s going to stop you.” In fact, according to a report in The New York Times, “The so-called Panama Papers — the leak of 11.5 million files from the Panamanian law firm Mossack Fonseca — have given us a deep look into the many ways offshore shell companies are used to conceal the ownership of art…,” indicating how art is used to manipulate markets, evade taxes or launder money.

Coming back to our desi James Bonds, as Anuraag alludes in jest to the people involved with IPP, the penny dropped when Vijay was able to trace the whereabouts of Nataraja, the presiding deity at Sripurantthan Temple in the Brihadeeswarar Temple complex on the banks of River Cauvery. The Nataraja was smuggled out of the country a few years ago and landed in Australia. It was displayed in its National Museum without the knowledge that it was stolen.

“Something magical happened in September 2014. Australian Prime Minister Tony Abbot came to India and brought back the Nataraja,” Anuraag says in his talk. The significance of the Nataraja can be gauged by the fact that in 1954 when the Indian government introduced the rupees thousand notes, it printed the picture of the Brihadeeswarar Temple complex on it.

The Brihadeeswarar Temple is the largest (and most famous) of a set of temple complexes built by RajaRaja Chola. Many of these temples have been victims of loot. Sripurantthan Temple was also made by the same ruler 50 kms away from Brihadeeswarar.

“So there we were a bunch of us snooping around on Google and calling out to people on social media to find out who was stealing these statues, how they were getting sold, and who was buying them,”

says Anuraag. Once they had the momentum going on social media, slowly, some international museums and art galleries started realising that they were sitting on “chori ka maal.” Soon international media started waking up to the fact and pressurising their governments to return the stolen goods.

But the statues were not coming back. Until of course, when the Australian PM came to India and handed over the Nataraja. This was followed by the former Canadian Prime Minister returning some precious statues that found themselves in his country. When German Chancellor Angela Merkel visited India in October 2015, she came bearing the 10th century Durga idol, which had gone missing from a temple in Kashmir over two decades ago and was later found in her country.

“The geo-political victory of India is not the real joy. The real joy is when the village that had lost its deity is reunited with it and springs back to life,”

says Anuraag, referring to the Nataraja that was reinstated in the temple.

However, there’s one question that continues to stump him: ‘When will you bring back the Kohinoor?’ “You know so many people have asked me this question, and incredibly most of them have been women,” he told me after I asked him the same question.

The IPP members, most of whom prefer to work in anonymity because of the inherent dangers involved in such operations, collaborate with government agencies through back channels to piece together the missing trails of many such valuable statues and works of art. According to Anuraag,

“There are 70,000 smuggled artifacts that are out there and we don’t know when we will get them back. Of these, 200 have been identified and ready to be recovered.”

Anuraag, who moved to Singapore in 1998, but has retained his Indian passport, says that thinking of doing such a thing a decade ago would have been impossible. “It is because of technology and the Internet that we have been able to even think of venturing into it,” he adds.

This month, the IPP is doing a road show in three cities in India – New Delhi, Bengaluru, and Chennai – to raise awareness about India’s stolen heritage and show people that there are way better things to take pride in than just hollow patriotism.