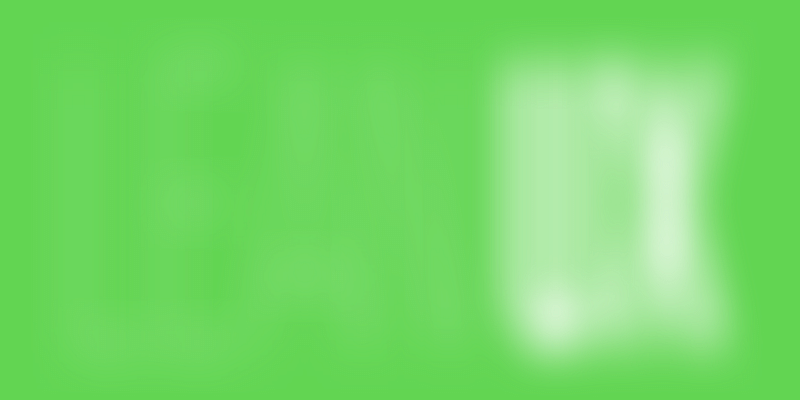 User experience design (UXD) was traditionally governed by wireframes, prototypes, experience maps, visual mockups and others. But, in today’s constantly changing world, designing products at a faster pace is critical. The need of the hour is 'Lean UX'.

What is Lean UX?

In Jeff Gothelf’s words, “Lean UX is the practice of bringing the true nature of UX work to light faster, with less emphasis on deliverables and greater focus on the actual experience being designed. The inspiration for Lean UX came from Lean Startup and Agile Development methodologies.”

Until a few years ago, when projects were run in waterfall style, a linear, siloed UX process seemed to work well. However, as organisations made the shift from waterfall to agile methodology, there was a huge gap in the way UX teams coped with their work. The expectation was essentially to get UX work done a little faster, in shorter time and under a huge budget constraint. Essentially, it had to be done NOW. This called for a huge shift in mindset and way of life itself. The Lean Startup concept made it further more challenging to embed UX into software development lifecycle in an efficient way.

A few teams headed by Jeff Gothelf experimented with the idea of tying the knot between Agile/Lean and UX. During this experiment, they realised that the productivity and efficiency of UX teams skyrocketed, because Lean UX paved the way for designers to open up UXD process for non-UX folks, who could review and provide inputs/better ideas faster. This eventually helped teams deliver better quality products with great experiences in a short span of time.

Lean UX is the fundamental belief in getting critical work done, without focussing on perfect design documentation. In a typical Lean UX team, design studios are set up with cross-functional teams where everyone presents their ideas, and critiques others'. They might even create vague sketches of their ideas. At the end of this exercise, there is a repository of ideas. This kind of early team involvement instills a sense of ownership and a ‘one team, one product’ goal. This process would be iterative in that the team member would go back and forth to identify top ideas and start building them. The team will create features, put out the app in the market and ensure that users are exposed to it as early as possible to gather feedback.

Lean UX implementation by an e-commerce player - a case study

An e-commerce giant wanted to re-design its website as a seller platform. It was already following the lean methodology in most teams, but its major concern lay in getting Project Management and UX teams aligned on work plan and schedule. The entire development team was sent to a lean awareness workshop, after which the team got together to discuss how to align UX with Lean. In one such case, the team followed the below approach:

Teams from different disciplines collaborated over design decisions by bringing their perspectives to the table. Once everyone contributed, the team would decide on final designs based on input from developer, Quality Assurance, Business Analytics and UX teams.

Getting out of the building

A saying goes, “If you are in the UX business, GOOB (Get Out of The Building).” Following that simple piece of advice, the teams then validated their designs by talking to real users and gathering feedback about designs. Nordstorm Innovation Lab published Sunglass iPad App, a case study they conducted that demonstrated ‘GOOB’ heuristic very well.

The team had fewer deliverables in the form of paper prototypes, and low fidelity wireframes that did not need take too long to create. Additionally, Big Designs Up Front (BDUF) were consciously avoided. This helped to iterate and build better designs.

This focus on Lean UX paid off in a great way. A survey that was run thereafter showed that sellers found the on-boarding process very easy on the new seller platform. Today, this e-commerce player thrives on the revenues from sellers and has recorded great profits.

Benefits of Lean UX, therefore, include:

One good start to implementing Lean UX can be as simple as setting up small teams where everyone is exposed to UX early on, from beginning to end. where team members work together and converse as and when there is a need, instead of scheduling meetings several hours or days later. There is never a “I’ll check this with architect ‘X’ later.” That person ‘X’ should, in fact, be an integral part of the team.

Today, there is a strong need to co-own and co-make products that needs designers, developers, product managers, testers etc., to collaborate and solve problems collectively. As Jeff Gothelf says, “You are in the problem-solving business. And you don’t solve problems with design documentation. You solve them with elegant, efficient and sophisticated software.”

So what business are you in?