23 years after abolishment, life of manual scavengers hasn’t changed. Will today be any different? 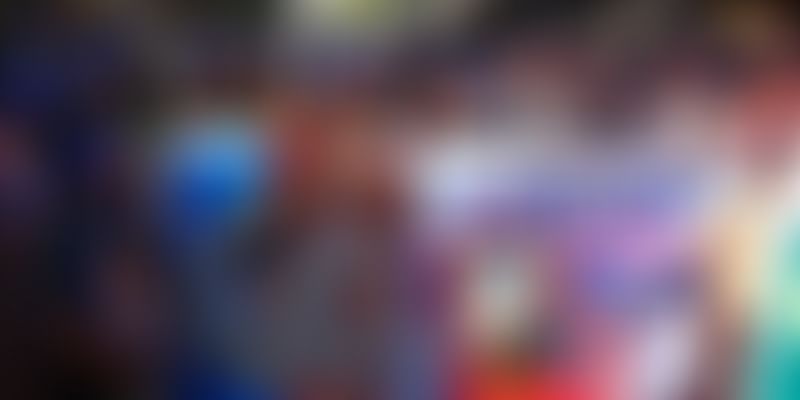 Today, United Nations will commemorate the 125th birth anniversary of Dr B. R. Ambedkar, a day before his birthday. Dr Ambedkar, a principal architect in drafting India’s constitution, made significant strides in the upliftment of Dalits by giving them political and social freedom. He fought all his life to bring equal opportunities to the Dalit communities. It’s ironic that on one hand, UN and the Indian government are planning celebrations on a massive scale, and, on the other hand, over 1.8 lakh people who are engaged as manual scavengers (removing human and animal excreta from streets and dry latrines, cleaning septic tanks, sewers and gutters) across the nation are still dreaming of a dignified life. But their appeals have fallen on deaf ears.

Today is also the day when the 125-day Bhim Yatra will conclude in the capital city after covering more than 35,000 kilometres, 500 districts across all 30 states of India. Initiated by Bezwada, Founder of Delhi-based Safai Karamchari Andolan (working for the empowerment of manual scavengers for more than two decades), the Bhim Yatra is an attempt to bring forth the apathy, discrimination, and indifference that manual scavengers in our country face despite laws in place. In the past two years alone, Safai Karamchari Andolan has recorded 1,268 deaths of manual scavengers cleaning open sewers – a statistic that should worry anyone, but hasn’t.

The plight of manual scavengers

According to Census 2011, India has a recorded 1,80,657 manual scavengers who are cleaning 9.6 million dry latrines. Their 11-hour, six-day week begin at 6 am every morning. They carry a thin board to scrape the human waste of the road, railways, and dry latrines and collect it either in a bucket or cane baskets. Unable to bear the nature of work, 90 per cent of workers fall under the heavy influence of alcohol, leading to adverse health situations. Studies have indicated that they end up spending over 60 per cent of their earnings on alcohol, trapping them in the vicious cycle of poverty. The heavy discrimination and apathy they face from the citizens as well as the government is worse.

There is heavy discrimination against our community. If we wear uniforms and step out, people don’t even come near us, leave aside sitting next to us in public buses. Many of us have tried to leave the profession and start on our own, like my friend’s family who started a chicken shop but had to shut it in less than a month because not a single person came to buy. So, she had to get back to the job of cleaning toilets. But the worst is the government – the minute you say you’re a Dalit looking for a job, they will allocate a manual scavenger vacancy. Why? How will we ever see a dignified life – of education and a respectable job? Will we ever be able to make our own choices?

In 2013, the ‘Prohibition of Employment as Manual Scavengers and their Rehabilitation Act came in to force, which was touted to be reformed than the Employment of Manual Scavengers and Construction of Dry Latrines (Prohibition) Act, 1993. But Bezwada begs to differ. Strongly voicing his concerns, he says, “It has many loopholes. In the earlier Act, the District Magistrate had the power to solve all the cases, but that’s not the case in the current one. If the assigned public official isn’t doing their duty of identifying manual scavengers and processing their rehabilitation, there is no mechanism to pull them up. This leaves us helpless.”

In 2013, there was a five-year budget outlay of Rs 4,656 crore to rehabilitate manual scavengers. In the current budget, the amount been reduced to an insignificant Rs 10 crore. On the other hand, Prime Minister Narendra Modi’s Swachh Bharat Abhiyan gets Rs 9,000 crore for just a year! The lack of political will is the key reason why the Dalits are unable to exit this profession.

Going back to the 2013 Act, he points out, “there is a directive that manual scavengers must wear protective gear while working, which should be given by the government but it hasn’t. Protective gear or not, why should anyone enter open sewers to clean someone else’s refuse?”

“We have submitted nearly 70,000 manual scavengers’ details, who are seeking rehabilitation or compensation, to the Ministry of Social Justice. This has been happening since 1994 on a continuous basis, but they still haven’t received their dues.”

In March 2014, the Supreme Court put in place directions to control the practices termed illegal under the Act as well as directed the government to pay a compensation of Rs 10 lakhs to families of the deceased. But as Bezwada rightly says,

The mere fact that there is a compensation directive indicates that the government isn’t inclined towards ending manual scavenging. Our Bhim Yatra is urging the government to stop these killings.

Today, the Bhim Yatra will end in New Delhi. Bezwada along with fellow activists and 125 families, who have lost a family member to manual scavenging and are yet to receive compensation, will present a memorandum of just four demands to Prime Minister Narendra Modi officially. Two of which are – a ‘national apology’ by the GoI for the ‘historical injustice’ on the Dalit community, modernisation of septic tanks and sewer lines to ensure that they need not be cleaned manually.

It’s been 23 years since the first anti-manual scavenging Act was passed. Will change finally happen? Or will the Modi-led government quietly attend the 125th birth anniversary celebration of Dr B. R. Ambedkar in Indore tomorrow?