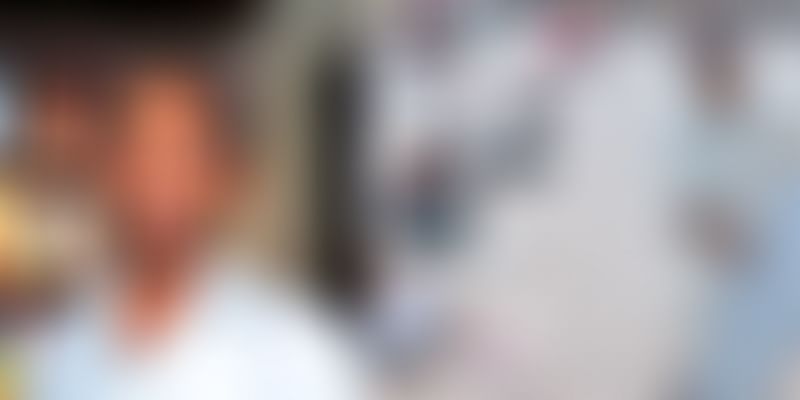 In a country torn with unrest, people like Mohammed Ayub provide the much needed hope to make sense of life. Cycling on Islamabad’s leafy streets Mohammed comes across as just another ordinary working class Pakistani. However what this 58-year-old government employee does is rather extraordinary. In a public park which serves as school, Mohammed teaches 200 underprivileged children for free, everyday.

In a report by Al Jazeera, each day at 3pm, after finishing his day job, he arrives like clockwork at a public park in Islamabad’s F-6 sector, a couple of kilometres from Pakistan’s parliament building. Around 200 children from different backgrounds are lined up and waiting for him at the park, ready to learn. They know him as ‘Master Ayub’. It all started 30 years ago, after he moved to Islamabad and secured a job with the fire brigade. “My family were staying in the village and I was here in the city alone, so I wanted to do something in my spare time that would be of some use,” Mohammed told Al Jazeera.

With that in mind, he asked a young boy washing cars why he wasn’t at school. The response was typical: “my parents are poor, so I work,” the boy had told him. “I brought him a notebook, gave him a pencil and an eraser, and started teaching him there and then, sitting on the ground.” Mohammed found his calling. The next day, the boy brought along his friend. The day after, a couple more came. Within a week, and with a bit of persuasion, there were fifty children coming to learn to read and write after they had finished their work each day.

Now, with the help of former students and friends, Master Ayub’s park school accommodates around 200 children, a mixture of Muslims and Christians from poor families. Thousands have passed through in the last three decades, taking government accredited exams to allow them to go on to higher education, or secure decent jobs. While many of the capital’s affluent residents may be unaware of what’s going on in this little park on their doorstep, for the impoverished communities in nearby slums the park school has become an institution.