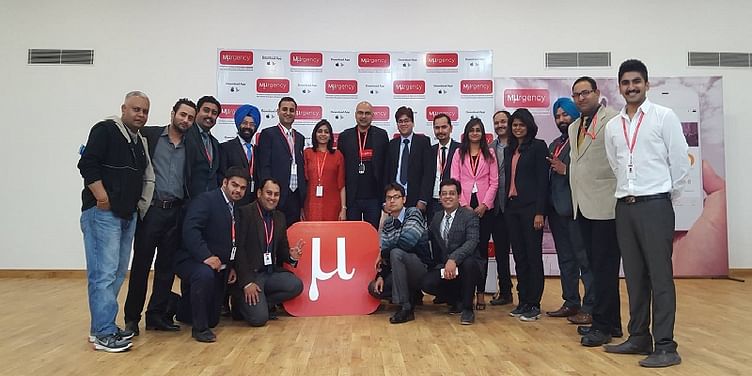 Founded in February 2016 by serial entrepreneur Shaffi Mather, MUrgency is an aggregator that connects people requiring emergency services with qualified healthcare professionals. The app has already seen over 6,000 downloads and managed to register nearly 350 emergency responders. There are 36 hospital emergency rooms and over 40 ambulances that have partnered with MUrgency.

According to S D Shibulal, India's emergency medical response system is highly fragmented and there is a dire need to improve access. The company's trail runs and on-ground experience has shown that with the app, medical services reach a victim in less than 10 minutes, which Axilor's Co-founder Srinath Batni feels will help transform the emergency medical response globally.

According to Shaffi, the seed-funding amount will be used to develop the brand, recruit talent, augment technology, and scale operations. MUrgency is currently operational in Chandigarh, Mohali and Panchkula and has a staff strength of 28 people. With the funding, Shaffi’s near-term focus is to cover the entire state of Punjab by June 2016 and then move to Haryana and NCR. By June 2017, MUrgency aims to provide coverage to 100 million people in India.

In terms of augmenting technology and expanding the team, Shaffi says,

We are looking to expand our technology team to bring in more efficiency to the platform by making it more user-friendly, functional, and easily operational in low-bandwidth.

MUrgency’s research indicates that while there are several personal safety apps, such as bSafe, Raksha and Ride Safe, etc., that alert near ones when the user is in a threat, there aren’t any apps which bring physical human beings as responders on the fields in India, yet.

MUrgency's vision is to expand services pan-India by 2018 and across the world, by 2020. Earlier this year, the company was also selected by Axilor Ventures as one of the 12 promising startups for its 100-day accelerator programme, which aims to help early-stage entrepreneurs to complete customer validation and get ready for the initial rounds of funding.