Self-worth is not related to the language I speak: How Pratilipi is popularising Bhasha literature for a new generation 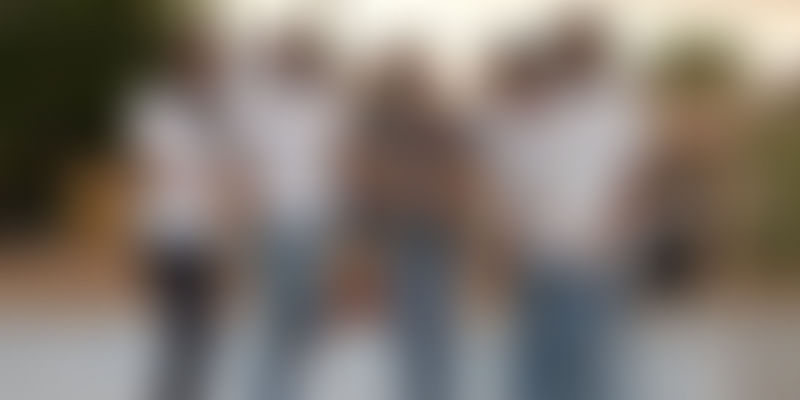 “I was doing incredibly well at my job and this meant that I wasn’t pushing myself hard enough,” says Pratilipi co-founder Ranjeet Pratap Singh. He continues, “I didn’t feel I was creating as much impact as I should. So I left my job to roam around the country and decide on something that would be challenging and create a larger impact.

Giving up stability in favour of passion was a noble gesture, one in keeping with the zeitgeist. But he had little idea how to go forward. Ranjeet says, “I was roaming around the country trying to decide what I should do next after resigning from my last stint with Vodafone at Ahmedabad.” He didn’t know it at the time but the answer lay in his origins. Pratilipi was showcased at the first-ever Indian Language Digital festival, Bhasha, on March 11 in New Delhi, supported by the Ministry of Culture, Government of India, and exclusive language partner Reverie Language Technologies.

Ranjeet hails from a small village in Rae Bareli. Everyone in his family and neighbourhood knows only Hindi as a language. “Even people like me who may have some grasp of English language, still feel more connected to our mother tongue. We may watch Hollywood movies, but we also love Bollywood. We love Chandrakanta as much as we love Game of Thrones!” he says.

In all the time that he was working Ranjeet kept cribbing to his friends that he wanted to read in his own mother tongue and that someone should build a platform like this because there are hundreds of millions of others who can only read in their mother tongue. Once he quit and was pottering about with ideas, he says, “These friends started cribbing back to me that if no one else has yet built something like this, why I don’t start doing something about it! So, I did.”

So, Ranjeet went about setting up Pratilipi, a self-publishing platform for Indian language content. Writers come on to platform and upload their writings, which readers can enjoy. Currently, the platform boasts of 2,700 authors self-publishing in six Indian languages. “We have several Sahitya Academy, Jnanpith and Padma award winners writing on Pratilipi,” Ranjit adds proudly.

The startup was launched in September 2014 and the company was formally incorporated in March 2015. In that time Pratilipi has achieved some impressive specs. “We had the first one million reads on the platform in 386 days,” he says, adding that this is still an under-served market with much potential to tap into.

Ranjeet’s definition of success sits at odd with the business version of it. “If you mean to ask about profitability, we haven’t even started monetizing,” he says. Can we become profitable if we want to? Almost certainly yes. We spend very little money except that on server costs and salary, will serve over 1 million sessions this month and are growing at over 20 percent on a monthly basis. I think, if we choose to, we can become profitable within the next 90 days.”

However that profitability would come at a cost. “We believe that the goal of every company is to generate sustainable profits. Which essentially means that we need to create large value for a large number of people and capture a part of this value. But both these steps need not be done at the same time,” Ranjeet says.

Ranjeet feels that the best part about Pratilipi is not the technology or even the people. “It is just the fact that we are solving a really important problem for a very large number of people. And in the rare cases that happens, the market itself attracts incredibly talented people and pulls out the product. We have been growing incredibly well on both writer and reader side, and almost all of this growth is through referrals from existing users!

All we want to do going forward is keep listening to our users and build what they really need,” he asserts.

Ranjeet is optimistic that this growth will be fuelled by the metamorphosis the publishing industry is undergoing in the world right now. “I think as far as content goes, both in India and abroad we are gradually moving from controlled content access (Publishers) to aggregators (like Amazon and Daily hunt) to platforms (for example, Medium or Wattpad). Just for clarification, this doesn’t necessarily mean that previous models die, it just means that newer models become more important.

I believe that we will keep on moving upwards of this curve where there is as little friction as possible between content creators and content consumers. As with Amazon’s move with Kindle Direct Publishing and subsequently Write On, I believe that we will see interesting ways on how these platforms capture the value that they have created, and we have already seen some very interesting revenue models from the mobile publishing giants in China,” he says.

Ranjeet launched Pratilipi with his own savings and with help from generous friends. “Along the way we were a part of Tlabs (Times Internet Limited) accelerator, which gave us our first round of outside capital. We are also very proud that our first employee has invested his own money into the company.

Additionally, we have had multiple offers from our own readers and writers to fund the company though we haven’t yet taken them up on this,” he explains. He feels grateful for having a cost efficient business, with the only major costs being salaries and the tech infrastructure costs. This will go a long way in preserving his vision of slow and steady sustainability.

English language as a status symbol

We all agree that English language has become a global currency and a status symbol for the aspirational India and that its superiority comes at the cost of the Bhasha language. But Ranjeet feels that it doesn’t have to be an either or. “We –the people working for Bhasha languages- are not against English at all.

I think what we are primarily trying to do –and I believe I am speaking for most Bhasha language workers- is that people should have independence and equality.

In other words my ability to do something (e.g. prepare for an exam or read a story or book a train ticket) shouldn’t be dependent on whether or not I know a particular language.Second most important thing that we would need to work on is to try and reduce the prevalent thinking that my self-worth is somehow related to the language I read/write or speak.

Ranjeet feels fortunate to have had a myriad of great mentors in his life, most from ‘our own readers and writers who taught us very valuable lessons and kept us going when all we wanted was to shut shop, curl up as a ball of fur and cry.’ But the best advice he’s every got comes from a movie. He says, “There’s this line in a movie Girl Next Door: ‘You know what? It doesn't matter. Because in your heart you know, that the juice is worth the squeeze.’

That’s basically it. As long as we believe we are solving the right problem, it doesn’t even matter how much it hurts, or if we can actually do what we have set out to do.”He wants Pratilipi to be the first Indian platform connecting 500 million+ Indians, irrespective of what languages they speak or where they live or how tech-savvy they are. “The future looks like we will be trying our best to get there,” he smiles.

Before bidding adieu Ranjeet has some advice of his own to share: “The chances of how well –or poorly- your business does will be very strongly co-related with two things. The problem that you are trying to solve and the people who work with you to solve it. Make sure you focus a majority of your time and bandwidth in early days to get these two right.”