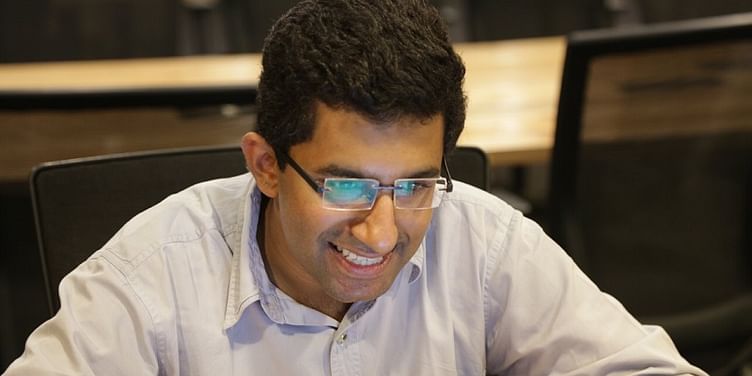 26! Yes, you read that right. And yes, it does sound super-human. That’s not all, Ritesh Malik has been listed on the Forbes 30 under 30 in the Finance and Venture list (Asia) 2016.

Ritesh graduated from the Tamil Nadu Dr. M.G.R Medical University in 2013. While in medical school, he developed a keen interest in entrepreneurship. In 2010, he ‘bunked’ most of the semester and attended the Marketing Science 101 course at London School of Economics. There he learnt about how the Silicon Valley was booming and buzzing with startups and sustainability. In 2012, a major breakthrough came when Adstuck (a company Ritesh co-founded in his final year of medicine) sold its flagship product (ALIVE) to Times of India. After this feat, in 2013, Ritesh decided to study ‘Management of Innovation & Technology’ at Harvard University. Ritesh is a polymath with experience across sectors like, healthcare, information technology, management, entrepreneurship, angel investments, social entrepreneurship, and innovation.

Ritesh is also the Founder and CEO of Guerilla Ventures, an angel fund that was founded in 2013, with a focus on hardware companies. As per Forbes, one of the portfolio companies, Fin Robotics, a wearable gadget manufacturer, is the first hardware product company to raise Series A funding. Ritesh has invested in over 26 companies that include RHLvision, Wigzo, AddoDoc, Mashinga, and Flipmotion, among others.

Ritesh also actively collaborates with the Government of India to help build college entrepreneurship ecosystem in the country to champion ‘Startup India Standup India’ in the nether regions.

Ritesh says that he has two clear goals right now – encourage more women to take up entrepreneurship, and serve the rural market’s needs, by leveraging technology. He says, “There are only about nine per cent of women entrepreneurs in India, and I hope to take this number to 45 per cent in the next seven years. I know that that is ambitious. As for the rural market, agriculture is the largest sector followed by healthcare and retail and not many are catering to the first one.”

Most people start investing only when they are in their 40’s, especially doctors. But Ritesh didn’t have to wait for so long as he had found his calling. So, has he bid farewell to medicine? He quips, “I’ve not left medicine, it is my first love, I just don’t practice it.” Ritesh also manages his father’s hospital (Radix Healthcare) and is chalking out plans for expansion. “I just feel as a doctor I could just reach about 100 patients a day, but by leveraging technology I can reach 100 million a day”, says the docpreneur and investor.

While studying medicine, Ritesh would often travel to IIT Madras, and that is where he met his first co-founder Abhishek Shankar. Abhishek was building a product in augmented reality and had a couple of patents under his belt. Ritesh suggested integrating augmented reality with healthcare and start an augmented reality platform for doctors, which would assist and connect doctors across geographies and get real-time guidance while performing surgeries in rural areas. The startup tanked because there were few takers, and the infrastructure to support such a platform wasn’t there. But, it was this failure that gave Ritesh and Abhishek the idea for ALIVE, which ultimately brought them appreciation and all the goodies galore.

Ritesh used the capital that he accrued from ALIVE’s sale to invest in other 26 startups.

In search of smart investment opportunities, especially in hardware, Ritesh turned to the startup village in Kochi. “The startup village today has 10 funded startups out of which nine are ours”, says the proud investor.

Ritesh believes that his investment mantra – to invest in people – is the most critical success factor. He says,

If the idea is too early and the market doesn’t exist yet, these factors can always be pivoted, but a good team cannot be pivoted.

He adds that he doesn’t believe in strong arming an entrepreneur. “All we do is suggest and the final call is always with the entrepreneur. Mistakes and failure are part and parcel. If you don’t fail, you’re not going to be able to make a valuable product.”

He talks about his pet peeve,

I often ask entrepreneurs – What do you want to build. And nothing frustrates me more when they say a ‘$1 billion company’. The focus should always be about creating value, not valuations.

Ritesh started investing in companies at a very young age. So far he has invested in over 26 companies. We quiz him on the ninja skills it takes to keep an eye on all his investments, “It’s all my team. I look pretty with all the accolades, but actually it’s Vivek, Hemanth, Ankush and Russel from my team who deserve all the attention. I don’t understand technology deeply and, in all honesty, I have forgotten most of my medical knowledge as well. What I am now is just a people manager, I infuse dreams in them and give them the freedom to innovate and fail and get the best out of themselves. My dreams are aligned with their dreams.”

Of learnings and future plans

Not one to rest on his laurels, Ritesh is back in his entrepreneur shoes with Innov8, a co-working space in Delhi (launched in November 2015). His experiences taught him that the most vital aspect of a startup is community building and startups are all about tinkering. Ritesh adds, “They’re about meeting new people and interacting with them and synergising win-win situations to create growth hacking and disruption in the conventional business models. That’s how a unique idea of a business networking platform, Innov8 emerged. Innov8 is a platform to connect a community of freelancers, entrepreneurs, corporates, tech innovators and investors under one roof and in a social environment.” With his latest venture, Innov8, he aims to encourage product-based startups to be a part of the ecosystem and envisions to make India a product nation.

Innov8 gives women extra incentive to startup. “The step is called #innov84women. I personally feel women founders are amazing. Women manage businesses very well, they use investor money very judiciously. Much better than men! We give discounts to women and help them on their strategy and conduct events such as Women Who Code, Angel Event, etc.,” says Ritesh. He aims to build Delhi as the next Silicon Valley after SFO, Tel Aviv, and Bengaluru by setting up the flagship Innov8 property in Connaught Place in New Delhi.

Ritesh’s advice to fellow entrepreneurs and investors is to not invest in the current trends but visualise the products that will foray into the market and invest in those. Another pearl of wisdom from him is to learn the art of delegation. “People can do much better than you, just give them the freedom to execute and you’ll see results.”

Ritesh is proud of every mistake and failure. He says, “I celebrate failure. Those are the events which actually push you towards success and are the very building blocks of the person you become.” He laughs as he says,

I have had so many failures that it’s hard to choose the best one of the lot.