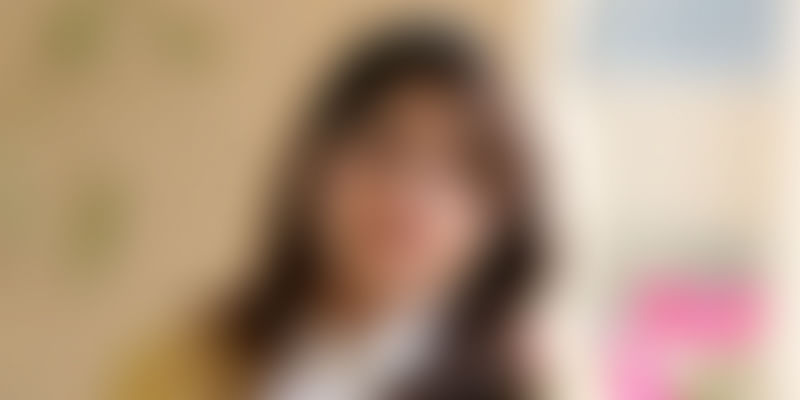 Do I choose career or family?

Yes, the biological clock makes most working women of child-bearing age feel that they are sitting on a ticking bomb where they will have to choose between career and their family.

Summi Gambhir, an entrepreneur and co-founder of DigiVation says, “I have seen this ‘fear’ in women that they will have to quit their jobs once they get married or more likely when they get pregnant. This becomes a major deterrent to them becoming entrepreneurs.” Taking a cue from this, she decided to highlight this issue through Pregpreneur.com, which she founded early this year.

Summi hopes to share a candid account of her challenges and areas of support as she wades through her own pregnancy as an entrepreneur, so anyone in her situation can draw learnings from her experience.

Born to a business family and raised in Delhi, 33-year-old Summi had always been privy to the challenges small and medium business owners face. Despite the challenges, she always felt drawn towards entrepreneurship. Being creatively inclined, she enrolled for a four-year design course at New Delhi’s Apeejay Institute of Design, and graduated in 2004.

For the next three years, she worked as a writer with India Today and Hindustan Times. With a few years of work experience in her kitty, she decided to broaden her horizon and went on to pursue a Masters in Communication from Michigan State University. While in the US, she also worked for a startup in Silicon Valley that supported the efforts of other startups in creating a digital presence.

Her desire to start up was strengthened further after she moved to the US. “While I was living in the US, I would discuss my business concept with a few people to get additional ideas and perspectives. That’s when I met my co-founder , Sameer Vakil who was looking to return to India to start a similar venture, she says. And the rest as they say is history.

Summi and her co-founder, Sameer Vakil decided to create an SME Business Networking solution. Though they formally started building the solution called GlobalLinker in mid-2013, they launched only in September 2014. Summi currently lives in New York, but spends a substantial portion of her time in India, supporting the needs of her venture, GlobalLinker.

As an entrepreneur, Summi knows that challenges are a way of life, but the way she deals with them is to weigh them against the larger challenge or opportunity that she as an entrepreneur is seeking to address for the SMEs. “In this case, you realise your own challenges start to shrink to relative insignificance.”

This does not mean that the challenges are less. Summi says her challenges include being unable to give all her time to her venture, her inability to travel frequently, or the inability to be available all the time owing to medical tests and trips to clinic, but Summi looks at them as ‘positive’ challenges.

“I have realised that these ‘positive’ challenges were relatively easier to address as I became more communicative with my co-founders and team, and explained my routine and needs more clearly. The ‘guilt of missing out’, or the fears of being unable to be as effective were overcome by a positive approach and attitude. I have been able to adjust my time routine with minimal issues. Most of our challenges appear to be in our heads, and as we address these in an open way, we can overcome them and stay positive, enjoying both the experiences – of entrepreneurship and pregnancy.”

While a positive approach helps, Summi says that fundamental changes do occur as a result of pregnancy and frequent and extensive communication have helped to increase her own capacity to handle stress. “Sharing issues earlier with the right colleagues and discussing root causes and core issues helps for the problems to not linger and grow till they become unmanageable,” she says.

Summi says that though things are changing, there is a need for a greater dialogue in society on the subject. “I see the larger issue in three parts – the atmosphere at at the entrepreneur’s home; workplace rules and conventions – clearly, the tone is set by company leaders; and the mindset of women contemplating entrepreneurship or growing their families. From my personal experience, I have been extremely encouraged by what I have seen in all three areas. This is a journey and not a destination and our efforts will have to continue.”

“I also got many more messages of encouragement and support, including those from male colleagues, investors, and friends,” she says.

“In our young and small ventures, we have seen three women colleagues work till almost the last day of their pregnancies, and our team stood in for them during the period they were

away. As an organisation, we have implemented six months’ paid leave and a staged ‘return-to-work’ process, including part-time hours and flexibility to work from home, post-pregnancy. I see the need for clearly communicated policies to be adopted by organisations,” she says.

“As women, it almost comes naturally to us to start thinking of others’ considerations and often, we make our own considerations and preferences secondary or even overlook them. We start to believe our ‘sacrifices’ are in the larger good. It is time we reverse the order and consider how we can continue to balance all our responsibilities even as we embrace pregnancy during our entrepreneurial journeys,” she says.

As Summi looks forward to embracing motherhood, she will continue to encourage the dialogue through Pregpreneur and address the challenges expectant women entrepreneurs face through her own experience.