How being a full-time writer schooled me into entrepreneurship 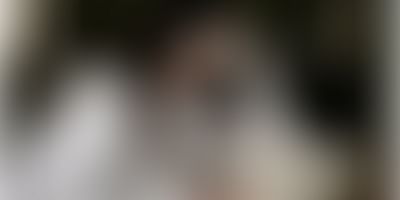 In mid-2015, I started up a company called Flatabout, a portal for reviews of flats, and as was the trend that time, with an MVP and dismal traction, I started pitching to investors.

During the very first Skype conversation with an analyst from a marquee VC firm, who took great interest in our team and a sceptical interest in our idea, I was asked to tell him about what I had done before. My so-called life story, if you will. I gave a quick recap:

After my graduation from IIT Delhi, I went full-time with my student startup Witcraft (popular as thewittyshit.com). The venture failed and I spent the next two years as a full-time writer, and travelled across India. During this time, I published books with Random House India and features in newspapers and magazines like The Caravan, The Hindu, Forbes, Tehelka, etc.

Upon listening to my life-story, the analyst asked me: “You are a writer. Writing is about emotions and sensitivity. Why are you getting into this cut-throat world of business and starting up?”

I laughed at the question, and told him how 'full-time' writing was more about hustling than just writing. He nodded insincerely, and said he’d get in touch with me if I could stick around in the swampy waters of entrepreneurship for more than a couple of months.

I did stick around — not for two but for twelve months. During this time, I saw how Flatabout couldn’t get requisite traction (people didn’t have social currency to write reviews) and died down, how the strong team I had assembled crumbled down when asked to bootstrap, investors who had kindly guided us earlier choosing not to respond to our mails. I hustled solo for two months, networking with every techie among my first and second-degree connections. Ultimately, it was my college friend, tech superman Ashish Singh who joined in and stuck around as we tried and tested new ideas. Another startup was born in the meanwhile, and soon died. Fortunately, the third one called Whereabout—built after the learnings from the failures of the previous two—that we launched on Holi (March 23) has outlasted our two last failures. We’re stunned by the stupendous traction we are seeing (3,500+ organic downloads, 600+ DAUs, 30,000 messages exchanged). And yesterday, a funny thing happened.

The same analyst from the VC firm wrote to us, scheduling our meeting with the partner. I reminded him of our previous conversation; he was surprised (and slightly embarrassed) that a so-called “emotional” writer could last for so long. I told him I will write a post to shed light upon what I said the last time: how full-time writing is more about hustling than just writing.

And here it goes. If you have been a full-time writer, you (are):

1) Open to rejection: Publishing is more difficult than fundraising. Period. While fundraising, at least you can secure meetings with investors by showing your pedigree or traction or team. Try securing a meeting with an editor of a publishing house!

Till date, I have published six books and 34 articles. To get those 40-odd things published, could you guess the number of rejections I faced? The number amounts to 2,000+. I lost my fear and agony of rejection when I was 18. This helped when I was looking for an internship abroad in 2009, where I sent 640+ applications before I could find one. 639 rejections. One acceptance. I was going to Scotland for the summer for two months. Same happened when I tried to secure sponsorship for my pan-India travel. I sent 370 sponsorship mails. I faced 369 rejections and one acceptance. Done for the year.

2) Persistent: Persistence and being open to rejection go hand in hand. Full-time writing means you earn your bread and butter from writing. With the kind of money that writers earn for their pieces, it could get you bread but never butter. If you are not persistent, you would get neither. So, you better be. What if I had given up at 639 mails? My summer would have been spent wiping my sweat in the sweltering Delhi.

3) Unafraid of uncertainty: If you are a freelance full-time writer, you never know which piece/book of yours will be commissioned next and which won’t. You are always uncertain about the outcome, even though you work passionately at the job at hand. Entrepreneurship is riddled with uncertainty, and if you were afraid, you would never take the jump. Now that you have taken the jump, just keep building. Just keep writing—your destiny.

4) Network and value long-term relationships: I came from an engineering background, with no godfather in the publishing industry. To get published by these reputed publishing houses or newspapers, I had to forge new connections. Connections that were out of my initial network of engineers. Connections that required me to go out of my comfort zone, meet new people across different domains and establish long and formidable relations which allowed me to publish further works with them. Networking is a skill that I acquired as a writer, more than as an entrepreneur, and it’s coming handy now. Connections spanning all domains be it art, literature, media, entrepreneurship to even public service. No wonder, my current venture Whereabout is about networking with your second connections, and extending one’s connections.

5) Lean: With the kind of peanuts you earn from your written works, you have no other choice other than being lean. You don’t dine out but prefer to cook yourself, cinema halls are a thing of the past, you don’t even think of buying a car or a bike when you have so many books to buy and read. The kind of thriftiness it develops in you is a valuable asset as an entrepreneur. When I had run my entire year with Rs three lakh as a full-time writer, it wasn’t a surprise I lasted the past one year as an entrepreneur with an equivalent amount.

6) Iterate: A major part of a writer’s life is about editing and rewriting based on early readers’ feedback. It’s so similar to how product development works. You have beta users whose feedback you take seriously, modify your product features and improvise fast.

7) Respect deadlines and milestones: Writing a book is about adhering to a strict timeline. The word count is timed, the publishing date is final, as is the printing date. You have to deliver on time, else your contract gets nullified. You have to get things done. It won’t work otherwise.

8) Creative while marketing: As a bootstrapped writer, you have to make noise to get your work sold. You don’t have money like the investment bankers-turned-writers and the only thing you can rely on is yourself. You learn how to write arresting status updates, how to engage people around you, how to create buzz for the work that you do and how to sell. It’s difficult, but you are open to challenges

9) Hate plagiarism: As a writer, we strongly value originality. Which is one trait I carried on as an entrepreneur. I’m not going to solve a problem someone else in solving effectively, I’m not going to build yet another clone. No matter if I get the funding or not, I’m going to build something that matters, that someone else isn’t doing effectively. While I’m going to take inspiration from great products out there, I will build something zero to one, even if it takes me a lot of iterations. The joy of building something new is what allures me into entrepreneurship.

10) Understand design: Design thinking and good writing have a lot in common. Both are done keeping the customer/reader/editor in the back of your mind. Both are best when simple and intuitive. Your book won’t sell if you have a tacky cover, or complicated content, or if it’s like every other book out there. Every book is a brand in itself, so everything has to be in sync. So is every product.

11) Empathetic, not emotional: This is where most hardwired left-brainy analysts go wrong. Writing isn’t about emotions as much as it’s about empathy. Good writers know how to put themselves in other’s shoes. I don’t know why this hasn’t been popularised enough as a leadership trait. You don’t need to be a rude boss, who treats employees like slaves. Your empathy matters, and is by far the most important factor for employee retention and also to make the company design obsessed, because you’re always empathising with the user. In the pushy and aggressive startup folklore, empathy has remained underrated and if I ever get the opportunity, I’d build a team defined by empathy as the core value.

Empathy lets you be generous with stock options with your early team members; empathy lets you on-board serious co-founders with the stakes they deserve; empathy lets you retain key team members and the same empathy lets you inspire your team in a subconscious way. It might seem in conflict with the whole idea of capitalism that drives many entrepreneurs, but it’s not. Empathetic leadership is about being actively empathetic towards your team, and passively empathetic towards the competitors. It’s about nurturing greater bonding with your team. It’s the most challenging trait to develop as a start-up founder. I have had my share of errors. For example, recently I fired an intern without warning, by sending a rude message over WhatsApp in the morning. Thankfully, my conscience didn’t let me sleep thereon. I wrote to him to apologise and eased out the matters, but I still feel mortified and aggrieved every time I remember the way I treated him. All I know is that it’s never going to be repeated.

One of my most respected mentors, Dr. Pramath Raj Sinha, Founding Dean of Ashoka University (which runs the popular Young India Fellowship programme, where I was a Fellow) has shown by example how his genuine care and love for us Fellows has kept us inspired and connected with the institution he has set up. In fact, I’m writing this article at the Center for Entrepreneurship of Ashoka University, where he generously got us incubated when my co-founder came full time and we didn’t have a place or money to work. To learn about empathetic leadership, search for Pramath’s leadership keynotes on YouTube.

12) Communicate: Communication, especially the lack of it, can easily turn out to be extremely detrimental for a startup’s well-being. My first start up, which I started as a college student, failed primarily because neither of us co-founders communicated with each other. It widened the gap and mistrust between us, ultimately leading to a disastrous collapse. As a writer, I learnt to be open and personal. This instigates me to foster the same culture in the team I create. With all the people I have worked with over the past one year, I share a camaraderie that extends beyond work and is friendly and familial, which is what I hope to build with the people who join us hereon.

P.S. If you are a writer, some of these things might not befit your personality. Most of my experiences and beliefs owe to the fact that I have had a strong technology and entrepreneurial background prior to writing full-time, and therefore making a switch to entrepreneurship wasn’t world-changing for me. It was a natural falling back, given the learning from the writing world had prepared me well enough to last long enough in the entrepreneurial marathon.