What Apple boss Tim Cook has been up to in India 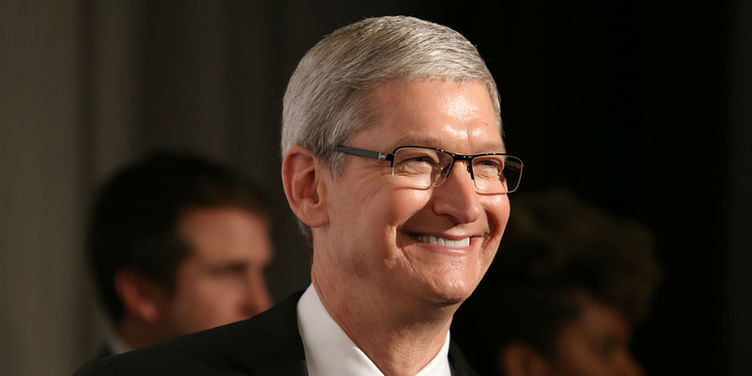 From Apple’s $1 billion investment in Chinese ride-hailing service DidiChuxing to visiting China and India, Apple CEO Tim Cook has been in the limelight for the past few weeks. Before embarking on his maiden five-day visit to India, Cook seems to have created a robust pipeline of his meetings and announcements.

India is the third largest smartphone maker worldwide with sales of 100 million handsets in 2015. This is expected to grow by 25 percent this year. Apple’s iPhone accounts for a mere two percent market share in India.

However, India is emerging into an important market for Apple and Tim Cook's visit highlights this. He met India Inc CEOs, iOS app developers and has made a number of announcements, including the launch of an app development center in Bengaluru. So what has the apple head honcho done in India?

ICICI Bank is believed to be the first bank to introduce the banking application on the Apple Watch and leverage the mobile payment and digital wallet service, Apple Pay.

Tim Cook’s visit to ICICI Bank further fuelled the speculation of how digital and telecom solutions can create a significant impact in the banking sector in near future.

Design and development accelerator in Bengaluru

Apple has announced the launch of a new design and development accelerator in Bengaluru to offer specialised support for iOS developers. The team of Apple will work closely with the developers and help them garner the best practices on transforming the design, quality and performance of their iOS apps. The iOS App design and development accelerator is expected to open in early-2017.

Indian IT-hub Hyderabad will soon have Apple Maps development centre. According to Telangana IT Department Secretary Jayesh Ranjan, the US-based tech giant already had met state government officials seeking their support on some of the clearances.

The development centre will focus on improving maps of iPhone, iPad, Mac and Apple Watch and will reportedly create 4,000 jobs. According to a PTI statement, Apple supports over 6.4 lakh iOS app developer jobs and other positions related to the iOS ecosystem across India.

He started his India visit on a grand note by landing in Mumbai on a private jet from Beijing. He started off by visiting Siddhivinayak Temple, maybe to pray that India doesn't go the China way in terms of sales for Apple. There he met Mukesh Ambani’s elder son Anant Ambani.

Vodafone India has already strengthened its relationship with the Cupertino-based tech giant by announcing its offerings of free data for iPhone 6s and 6s plus in October 2015. The offerings allowed Vodafone customers to avail free data and voice benefits worth Rs 8,885 for six months.

Tata Group’s Croma retail chain has tied up with Apple to open Store-In-Store Shops in India. Earlier Apple did not have its own stores in India but relied on premium sellers and large retail chains to sell its products, whereas China has 40 such outlets.

He was invited for lunch at Reliance Industries Chairman Mukesh Ambani's residence, Antilia. The lunch may serve as a catalyst between Reliance and Apple Inc.

A date with Bollywood stars

Actor Shah Rukh Khan hosted a dinner party for Tim Cook in his Mumbai residence, Mannat. Celebrities like Amitabh Bachchan, Aamir Khan, Madhuri Dixit, AR Rahman and tennis champion Sania Mirza were the others who attended the dinner. Could the dinner be a hint towards Shah Rukh Khan becoming a brand ambassador for Apple?

The last day of the visit will see Tim Cook meeting Prime Minister Narendra Modi to discuss more about setting up Apple’s manufacturing plant in the country. According to Amitabh Kant, CEO of NITI Aayog, manufacturing of Apple devices in India would be the next logical step to boost the Apple products sales in India.

Apple's manufacturing partner - Taiwanese firm Foxconn - is reported to be opening a $10-billion iPhone manufacturing plant in India and is set to acquire a 1,200 acre plot of land in Maharashtra region. According to IDC India monthly city level smartphone tracker, Apple iPhone accounts for 2.8 percent market share in tier II and III cities. Tim Cook's visit is just one of the many moves Apple is making to ensure this percentage grows rapidly.