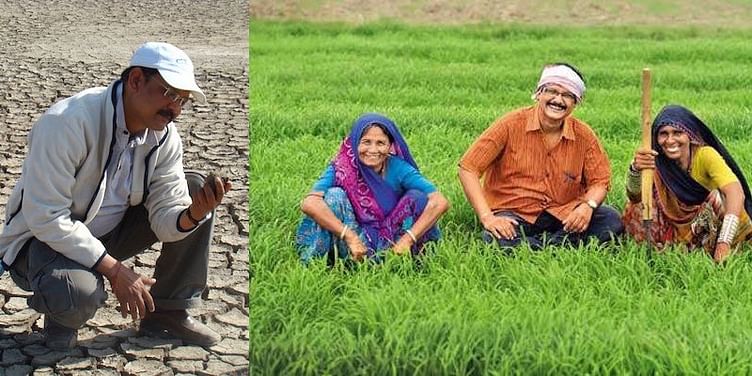 In 2012, the ninth Anil Shah Gram Vikas Paritoshik went to Biplab Ketan Paul for his water management work in the arid region of North Gujarat. According to DNA, the adoption of a technology called ‘bhungroo’ has led to decrease in salinity and recharge of large quantum of water in this region. This serves as a buffer against the drought-like conditions that often befall such water-scare areas. By using this technology, farmers are getting three crops a year. With high-value crops the farmers are enjoying better income.

A social entrepreneur and innovator based in Ahmedabad, Biplab has devised this innovative and path-breaking water-harvesting technique. The initiative is led by women. So far, he has facilitated more than 14,000 farmers and transformed 40,000 acres of barren, disaster-affected or highly saline land into productive farms. In a report by The Weekend Leader, “Water is powerful, you cannot control water,” says Biplab, 46, who has successfully harnessed the precious natural commodity through the innovative process of bhungroo, which uses pipes to filter and store rain water in underground reservoirs with capacities to hold as much as 40 million litres of water in it.

A single bhungroo (the Gujarati word for a hollow pipe) unit harvests water for only about 10 days a year, but supplies water for as long as seven months and ensures food security for five families by irrigating two crops in two seasons for at least 25 years. Besides, this non-saline rainwater reduces the salinity of groundwater, making it fit for agricultural use.

The first bhungroo units were installed in five villages in the Patan district of Gujarat in 2002 in nine months at nearly Rs. seven lakhs each. The current bhungroo units come in 17 designs and their prices range from Rs four to 22 lakhs, based upon 29 variables such as rainfall and subsoil. Installation of the unit takes three days. Each bhungroo unit caters to the irrigation need of 15 acres of land, making that much land productive twice a year.

With several awards and honours such as the Ashoka Globaliser Award for Innovation in 2012 and 2014, Biplab has received grants, awards and accreditations from organisations such as the World Bank, the Commonwealth, the United Nations Framework Convention on Climate Change, and the Asian Development Bank.

Earlier, in 2015, Yourstory published a story on Trupti Jain who heads Naireeta Services (involved in the bhungroo movement) of which Biplab is the Director.