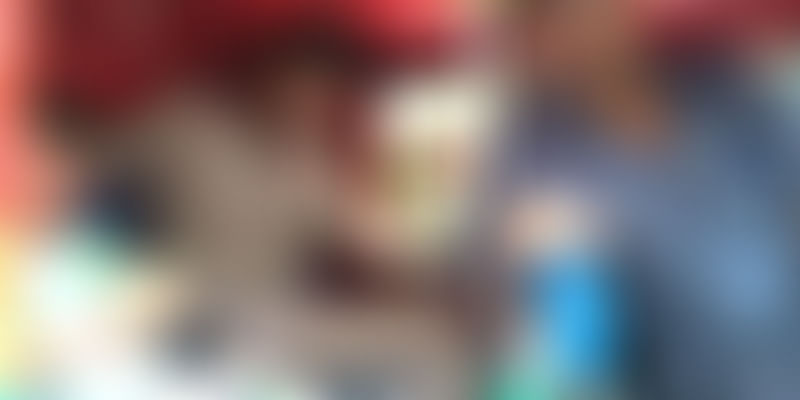 When an auto rickshaw driver approached a cop with a sobbing child in tow, constable Dharmender was on his regular paroling duty. It was the vigilant cop and an alert auto rickshaw driver that helped the 3-year-old boy find his way home after knocking at every door to find the child’s parents. The child, who was later identified as Parul, lived with his grandfather Tirath Kohli in Kalkaji, Delhi. The child’s father had died two years ago and the mother didn’t live with the family any more, reported Daily Bhaskar.

As reported by Times of India, the child had walked two kilometres away from his home and boarded an auto rickshaw looking for his parents. When the driver asked him about his whereabouts, the child started crying. The driver found this strange and approached constable Dharmender, who was on his regular duty in the area.

When the cop saw the child crying on the road he immediately informed his seniors and accompanied the child to look for his parents. Dharmender is a beat constable in the same locality and therefore he had the knowledge of the entire area. He asked the auto rickshaw driver to take him to every house in blocks A, B and C. With the help of the locals, Dharmender was able to map the address of the boy. As the boy could identify only a few houses, the constable knocked at every house in the area until he found his house. The boy had come out of the house to play and it is suspected that he had walked away with someone who might have lured him. DCP Mandeep Singh said that the constable will be rewarded for his efforts.