An educator, banker, and entrepreneur are working to help you invest wisely 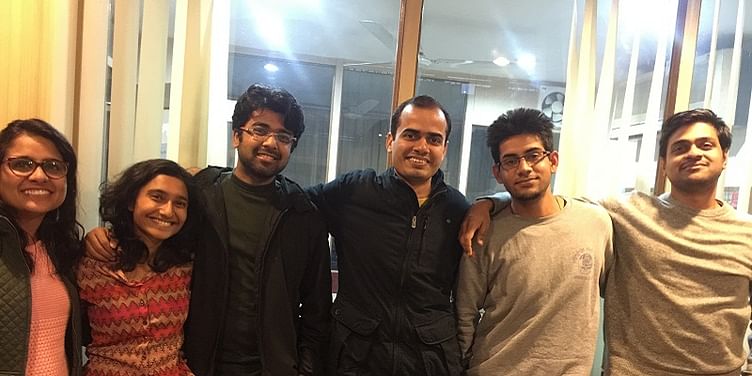 While the value of hard-earned money and savings is strongly ingrained in every Indian household, few are able to manage their finances as they reach adulthood. Many are confused with the different investment options available and are unaware of the precarious balance between expenses and savings.

There is little understanding of setting goals when it comes to investments. To solve this problem Ankur Choudhary, Savitri Bobde, and Swapnil Bhaskar set up Goalwise last year.

It is a goal-based investment platform aimed to simplify personal finance and investing. Goalwise helps users invest according to their financial goals. The company was registered as Alphafront Finserv Pvt Ltd in April 2015. Based out of Bengaluru, the company is registered with the Association of Mutual Funds in India (AMFI) as AMFI Registered Mutual Fund Advisor (ARMFA).

Originally from Jaipur, Rajasthan, Swapnil started his career at Schlumberger, and has worked in many countries, including the US, Abu Dhabi, and Indonesia. In 2008, he had made an unhealthy investment choice with Unit Linked Insurance Plan (ULIP) and realised that most people faced the same problem.

Thirty-year-old Swapnil came back to India and while working with the State Bank of India, he began to see the kind of problems customers faced when investing in personal finance products. “It is done in a very ad-hoc manner. Also, due to lack of customer awareness, they fall prey to mis-selling from agents looking to meet their own targets,” says Swapnil.

Looking at this problem, he had started advising customers on a personal level at the bank. However, when he discussed the idea with Ankur, his friend from IIT Kanpur, he realised it was better to take the product online.

From Bhagalpur, Bihar, Ankur began coding at the age of 10. He had initially tried his hand at entrepreneurship with an online poker game startup and has also co-developed a statistical model, published in the book Criconomics. With several years’ experience in algorithmic financial trading, he laid emphasis on portfolio rebalancing, and the importance of data in selecting which mutual funds to offer to the Goalwise users.

The third Co-founder, Savitri, had just taken a break from her job at ASER Centre and was helping Ankur and Swapnil. She soon got interested in the product. With her background in education research, Savitri took up the challenge of simplifying the whole investing process.

Many of our other employees in technology, operations, and customer support were actually victims of mis-selling, and wanted to learn more about personal finance while contributing to our larger effort as a part of the team, says Swapnil.

However, while the firm was registered, the team faced regulatory delays in obtaining the necessary licenses. “Our tie-ups with mutual fund companies took around two to three months from start to finish. It was a very slow process. One company even set Rs. 25 crores in assets under management as an eligibility criterion,” adds Swapnil.

It also took the team time to build the technology. They looked for a white label mutual fund platform that would meet their requirements, but couldn’t find any and had to build the platform from scratch. Swapnil says investing is like exercising, where everyone wants to do it but no one follows through. One has to set goals and systematically work towards them, and investing in goals has proven to give better results than ad-hoc investments.

Once the user has chosen her goals, Goalwise does the rest. It creates an investment plan for each goal, intelligently allocates savings according to the user’s risk level, invests in scientifically chosen, consistently performing Mutual Funds and tracks the investments till the user achieves the goal, right till the end.

The team, however, believes that a lack of customer awareness, systematic mis-selling and subsequent distrust are the major challenges. The information isn’t organised or readily accessible.

Agents, whether individual or institutional, take advantage of this ignorance to sell products that earn them the largest commissions, instead of addressing the customer’s needs. When people realise they’ve been short-changed, they shy away from investing to the detriment of their long-term financial health.

While there are other platforms that work towards helping individuals choose different investment options like Policy Bazaar, Prudential.com, and even ICICI Bank that has ventured into goal-based investment with iwish, Goalwise team says they are different.

Our scientific investment strategies help our users avoid undue risk, get better returns and shield them from human judgment errors. No other platform offers this complete package of tools to users, adds Swapnil. The purpose of the investment is crucial in deciding where and how one should invest.

The team does not charge users for advisory and investment services. The team, however, earns brokerage from mutual fund companies on the investments made with them. This is usually in the range of 0.5 to one per cent per annum for equity mutual funds, and 0.1 to 0.5 percent for debt mutual funds.

Goalwise has recently raised an angel funding of $1 million from HNIs. There is huge potential in the personal finance space in India. Most people don’t have the time or the expertise to manage their personal finances in a systematic way, and very few take advantage of the services of financial advisors to do it for them, either because they can’t afford them, or due to lack of trust.

We want to fill this gap and address this problem faced by millions of Indians, who are forced to see the potential of their hard-earned money go to waste due to poorly informed choices. This is why we have chosen to create an online automated platform so that we can serve the needs of a wide swathe of users across the country while minimising cost, adds Swapnil.

In addition to individual users, the team is also reaching out to Independent Financial Advisors (IFAs) in various cities who are already advocating a goal-based investment approach to their clients.