Uncovering gold at the bottom of the pyramid: 4 trends shaping grassroots banking in India 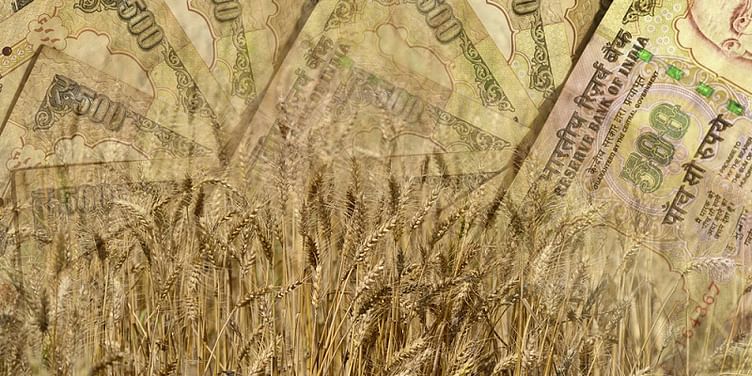 Gold is a treasure, and he who possesses it does all he wishes to in this world, and succeeds in helping souls into paradise.

With the recent success of IPOs, by Ujjivan Financial Services and Equitas Holdings, 2016 seems to have brought some long due recognistion to the underdog MFI institutions.. The last one was way back in 2010, when SKS Microfinance got listed. The dull years in between have a story to tell.

MFIs have gone through a challenging phase since 2010. Most impactful were the legislative changes that put SKS and the microfinance industry in a downward spiral, leading to slowed momentum for the financial inclusion initiative. Six years later, the tide seems to have turned. The MFIs seem to be better regulated, have improved business models and better spread risks. But this turnaround shouldn’t surprise us. With such a large potential market at the grassroots, it was never a question of ‘whether’ but ‘how’ and ‘when’.

The story of The Fortune at the Bottom of the Pyramid was analysed by C K Prahalad and Stuart L. Hart, back in 2002. Over the years, many corporations have realised and unrealised the tricky nature of this treasure. The first challenge was how to dig deeper to reach the bottom of the pyramid (BOP), i.e. the cost of the last mile coupled with high granularity. The second challenge was lack of awareness at the grassroots and how to engage them with mainstream processes or products.

In the above-mentioned article, Prahalad and Hart articulate the six assumptions that have been preventing large corporations from seeing value at the BOP. Our financial institutions, knowingly or unknowingly, have applied the same assumptions to India’s inclusion story. But as they say, “Fortune favours the brave!” The recent IPO shows that, finally, the holy grail of financial inclusion is in sight. Lessons have been learned, albeit the hard way.

What didn’t happen in decades is happening now!

We have close to 1 lakh Scheduled Bank branches in the country and over 1.5 lakh post offices. While the network may still be inadequate, it would be reasonable to assume that it is deep enough to ensure financial inclusion for large parts of the population. But that hasn’t been the case and the initiative moved at a snail’s pace. While the banks’ earlier reluctance to cater to small ticket lending was one reason, even India Post’s channels could not be leveraged due to inefficiency and ostensible technicalities.

The traditional approach to distribution ensured the granularity of the opportunity never enthused the bankers, who preferred easy large ticket lending. Even the policy and regulatory push was relegated to the RBI’s Master Circular on Priority Sector Lending (PSL)and some wish-list notifications on collateral-free loans and financial inclusion. While PSL attempted to encourage lending to weaker sections, agribusinesses and MSMEs, the real BOP inclusion of, say, that vegetable vendor, village tailor or bicycle repair mechanic just wasn’t happening. It was even worse for women-run enterprises – utensil sellers, fish vendors et al. The straitjacketed approach on credit meant that the unorganised segment never fitted the requirements. Policymakers and regulators seemed helpless in front of the convincing alibi of the financiers.

But my lament is possibly past tense already. We always knew the treasure was for real. It was only the case of getting the digging tools right, which in this case meant overcoming the operational challenges and some change in mindset. In the recent years, the policy, regulator, financiers and technology seem to be coming together, almost magically, to unravel the gold mine at the BOP. And yes, the mainstream banks and India Post (with its payment bank license) are in the treasure hunt too.

It’s possible that you find my optimism on grassroots banking and financial inclusion a little before our time. So celebrations may wait. But there are four key trends that have changed the plot from a slow, boring drama to a fast-paced, action-packed thriller. Let’s evaluate these trends that are shaping the contours of grassroots’ financial inclusion.

‘Digital India’ aims to provide a platform for documentary digitisation and services. Add the Aadhar programme to this and you have a key solution to the pet crib of the bankers – Know Your Customer (KYC)! As Aadhar gets integrated with the financial system, we would move towards verification based on social security identification, like in Singapore or other developed countries. Apart from the benefit of government schemes, those joining the mainstream would also find access to formal banking and credit a little easier.

The best practices of a regulated financial system have trickled down the pyramid. This has helped MFIs to focus on improved corporate governance, manage risks better and, importantly, attract investments. The MFIs follow the Grameen Bank model with 99% of the borrowers being women through self-help groups (SHGs) and ticket sizes ranging between 10-25k. And the lending is not limited to rural areas. In fact, the larger ones like the Janalakshmi and Ujjivan have diversified portfolios with an increased focus on the urban poor.

However, the journey is on and there are significant challenges to overcome. The end user’s lack of tech understanding has restricted the ability of MFIs to aggressively use technology to scale faster. Their models are high touch based, requiring frequent face-to-face customer interactions. This helps mitigate the shortfalls in credit risk assessment through a deeper, real-time understanding of the customer. However, it also means higher operational costs, risk of frauds (since the field agents handle cash) and challenges in scalability. But there are silver linings – increasing mobile phone penetration, data usage, and broadband connectivity coupled with mandated or incentivised digital platforms through Digital India and other initiatives by the government. It’s only a question of time before the comfort with technology cascades and new distribution models evolve.

The grassroots are spread wide and the story will continue to evolve for years. But there is no denying that gold lies underneath. Government policy and RBI intervention are creating the ecosystem; the MFIs are defining the balance in the business model that’s stable and profitable; the SCBs are diving deeper to offer wider product suites; and the fledgling fintechs will bring disruption to overcome the operational challenges of reach, credit evaluation and high touch based systems. We are witnessing an amazing confluence of structures, rules and technology that’s rewriting the rules of the game.

The best part is – everyone wins in this gold chase!