The rise of Industrial IoT and the smart factory in India 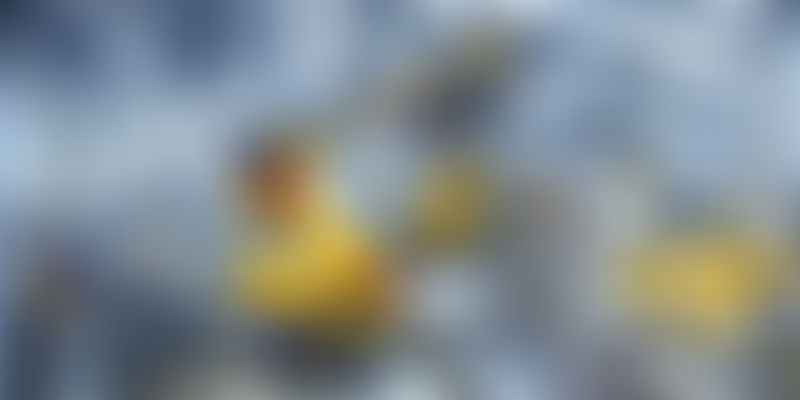 John Deere, the $37 billion heavy equipment company, has fitted its tractors with sensors the world over. This helps the manufacturer update the farmer if a moving part of the tractor or the harvester is going to fail, one month before event. The analytics behind the predictive framework was done by a Bengaluru-based, mid-sized analytics firm called TEG Analytics.

The factories of India and their machines are getting smarter. AtMahindra & Mahindra's Nashik plant, there are robots building car body frames and a similar scene plays out in Pune at the Tata Motors plant.

Plants operated by Godrej and Welspun use the Intelligent Plant Framework provided by Covacis Technologies to run their factory floors. The IPF connects every machine node in a factory and understands the rate of work and efficiency. The aim of the framework is to let the corporate cut down on wastage and organise production flows.

Also in Bengaluru, at Manjushri Technopak’s manufacturing plant, situated in the industrial suburb of Bidadi, 20 odd packaging machines are connected over a network. The company gets a monthly review- about the machines - over a dashboard. This way, the company saves on maintenance.

Robotics and machines connected over a network are big bets for product companies like Cisco, IBM, SAP, and Microsoft. It is an equally big business for system integrators like Infosys, TCS, and Wipro. Startups like Altizion and Entrib are playing a major role in this connected factory ecosystem with their device-based factory solutions.

At the centre of all this, is the € 70.6 billion Bosch GmbH, whose CEO Volkmar Denner has announced to the world that he wants his company to show the world the connected way with a theme called Industry 4.0. Bosch wants to completely transform its 250 factories, including those in India, into smart factories. Industry 4.0 is the use of networks and devices in factories with zero or little human intervention in manufacturing products. Bosch has piloted this in a components plant in Homburg to show the world the efficiency of using the robots connected to the network and a production cycle that guides the robots through automated platforms.

“Connected factories will sync global production and supply chains. It works on real-time information flow and throws in opportunities from creating analytics frameworks to software platforms that drive efficiency," says Vijay Ratnaparkhe , MD of Robert Bosch Engineering India Ltd. He says that software is the core of every solution today starting from factories to cars to health care to home.

Gartner Inc. forecasts that 6.4 billion connected things will be in use worldwide in 2016, up 30 percent from 2015, and will reach 20.8 billion by 2020. In 2016, 5.5 million new things will get connected every day, says Gartner Inc. The company estimates that the Internet of Things (IoT) will support total services spending of $235 billion in 2016, up 22 percent from 2015. Services will be dominated by the professional category (in which businesses contract with external providers in order to design, install, and operate IoT systems). However, connectivity services (through communications service providers) and consumer services will grow at a faster pace.

"IoT services are the real driver of value in IoT, and increasing attention is being focused on new services by end-user organisations and vendors," says Jim Tully, vice president and distinguished analyst at Gartner.

Talk to the automobile industry in India and most large OEMs have40 percent of plant work done usingrobotics. Over the course of the decade, they will move to 70 percent to be globally competitive.

The real breakthrough in this field will happen when 1million SMEs in India begin to work with startups building IoT platforms for efficiency. There are more than 50,000 companies, which have a turnover of Rs 10 crore or more, and these companies contribute 45 percent of the manufacturing output of the country.

"Innovation in global MNCs companies is far out pacing Indian companies. This is where startups can play a role. But they are yet to figure out a strong case for business with corporate," V Ganapathy, CEO of Axilor Ventures.

Let us say that the next 10years will have a lot of money being spent on R&D from Indian companies to make their factories smarter. Today, an average Indian manufacturer spends less than 3 percent of their turnover on research. Perhaps it is time for the spends to increase and for universities to prepare students to build solutions for smarter factories than living in a mechanical world.