Maharashtra government today assured the Bombay High Court that it would provide potable water to each and every citizen in drought-hit areas of the state.

In an affidavit, government outlined the measures taken to tackle the situation and informed the court that water was being sent by tankers and trains.

Senior advocate Ashutosh Kumbhkoni, acting as Amicus Curiae to assist the HC, suggested that every tanker should be equipped with the global positioning system (GPS) device to ensure that it is not diverted.

The court is currently hearing a public interest litigation filed by Loksatta Movement. Earlier, in response to the same petition, the court had directed shifting of IPL matches out of the state.

Acting Advocate General Rohit Dev said a policy to tackle the drought was in place. To the court’s query as to why a drought was not declared officially, Dev said it was not necessary as statutory provisions were being implemented and short-term measures had been taken.

Nearly 90 lakh farmers in Maharashtra have been impacted by the drought that has devastated the kharif crop, official data shows. The figure is almost on a par with the population of Sweden. Maharashtra is already known for its farm crisis and reports the highest number of farmer’s suicides in the country. The drought — brought on by a delayed and inadequate monsoon — is set to deepen the distress for its cultivators. Two weeks ago, the state government officially declared that 60% of its villages were facing a “drought-like condition”. 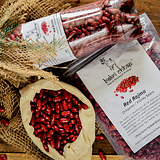