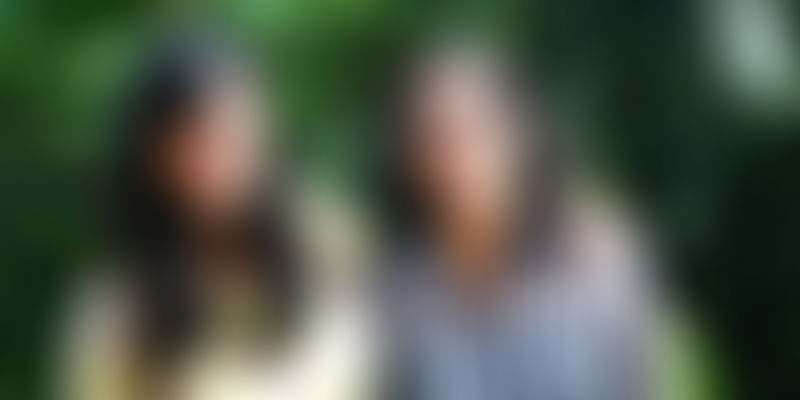 They are not all over the news nor the glossy covers of those Mother’s Day special magazines. But their stories are sure to tug at your heartstrings and inspire you. From business to adventure, social activism to education, here are five mother-daughter duos who will give you life goals.

Sometimes, it’s the tough times in life that bring out our inner strength, we rise to the occasion. The same holds true for this mother-daughter duo who took to entrepreneurship after the demise of their pillar of strength, Shweta’s father and Jaya’s husband.

“Financially we were not too stable when my husband passed away. Though I motivated her to quit her job, I knew in my heart that it was one of the biggest risks we were taking. But then she was very unhappy in her last role, so it didn’t make sense to continue there. We thought we would pull it over together,” says Jaya recalling the start of their journey.

Shweta and Jaya now jointly run WhySoBlue an online fashion portal. From tweaking designs to making something totally new, under WhySoBlue’s umbrella, they try to incorporate everything fashionable. This brand started operating very recently and is looking at expanding rapidly.

In the year 2008, Leena and Bhakti became the first ever mother-daughter duo in the world to have swum the English Channel. On her journey, Bhakti shares, “My mother is my inspiration. She is the reason why I am able to stand tall on a global platform today. I was participating in many competitions and won many State-level medals too. But moving from pools to deep waters, into the oceans and seas has changed the direction of my life.”

Lakshmi is an acid attack survivor and a fierce campaigner with Stop Acid Attacks, apart from being a TV host. She was attacked in 2005 at age 16, by a 32-year-old man whose advances she had rejected. Lakshmi fell in love with social activist Alok Dixit. They decided not to get married and instead be in a live-in relationship, thus challenging society norms. Lakshmi is now a mother. Seven months back, Pihu was born. Alok recalls how Lakshmi was scared during her pregnancy that her child will be afraid when she sees her mother, but Pihu smiles every time she sees her mother. She accompanies her mother whereever she goes, and probably knows it in her heart that her parents are the most beautiful human beings she’ll come across.

Ghar ka khaana, three magical words, synonymous with mother’s love and memories of home, is what defines the Ghar Ka Khaana tiffin service started by this mother–daughter duo in Chandigarh.

From a journey that started in 2010 with five tiffins in Chandigarh, it has now grown to a full-fledged business, with Gagandeep and her mother, Jaswinder Kaur, supplying 350 tiffins everyday. The venture has grown simply by word of mouth, and Gagandeep proudly shares that they have got 90 percent repeat customers without an app or a website.

“Whenever I was in need, she always stood by my side like a strong pillar. If she in her 50s can wake up at 5 am and work the whole day why should I have any second thoughts about waking early and working hard.” says Gagandeep.

5) Sarita, Sarika and Kshitija Zagade – a mother who wrote her very first board exam along with her teen daughters

Sarita took the SSC examination, along with her 16-year-old daughter Shrutika in March this year. Also giving them company was her elder daughter, Kshitija, who appeared for the HSC examination. When 43-year-old Sarita Zagade entered her SSC exam centre in Dadar, Mumbai, she attracted attention from both students and the invigilator. But that did not make Sarita, who is taking her first-ever board examination, nervous. “Everyone seemed to be looking at me and I realised that they weren’t used to older people in the exam hall, but I had to concentrate on writing my exam,” she said. The mother and daughters are confident of excelling in their exams. “My daughters and my family have been extremely supportive of me and so I am able to give my best. We won’t disappoint each other,” said Sarita.

Road safety in Ahmedabad has gone to the next level, or should we say dimension? The credit goes to this mother-daughter duo whose stunning 3D zebra crossing, which was painted initially as an experiment, was applauded not just by authorities in the city but all over the country.

After obtaining permission from the concerned authorities, these 3D zebra crossings have been put up in the accident prone zones of Ahmedabad.

Have you been looking for a partner to do something you’ve always wanted? Go ahead, ask mom and this time not for approval but for a successful partnership!