How this financial expert turned to religious tourism for passion 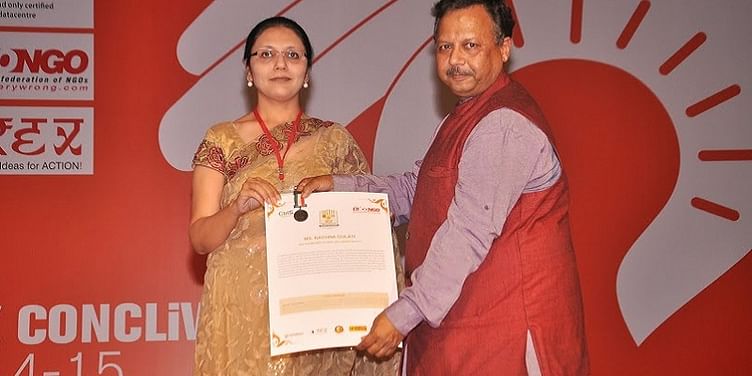 A decade or two ago, most travels were either to relatives places or religious trips. Today, the travel bug bites people of different demographics: you have youngsters taking a year off to go backpacking in Europe, women savouring independence and courage on the road without their male counterparts, and those solo travellers, seeking to find themselves as they push their personal boundaries.

However, the dynamics for religious travel hasn’t changed. It has been touted to be an $80 billion market. It is to disseminate information on this very segment that Rachna Gulati started the web platform myholytour in October 2014.

Myholytour brings together content, information and online and offline bookings and customisations of all religious trips and destinations on one platform. Currently, the website displays information of close to 600 religious places across all the religions.

Religion is something that Rachna is unabashedly passionate about. So despite putting in 18 years into working in finance, it was easy enough to answer the calling to take up religious tourism.

Rachna received a REX global fellowship and the Karmaveer Chakra.

During her search, Rachna found FICCI to be very helpful, as it built different religions based circuit. Wanting to build a brand of her own, Rachna decided to tie up with travel agencies like Amadeus and Galileo.

The main hurdle was to build the website as there were not too many people who could do it. The website involved various integrations relating to the APIs, and the web developers asked for hefty amounts.

Rachna spent 20 months networking with unknown people who were well established in the industry and convinced them about her faith in sailing this product. “I nevertheless managed to meet all major players in person and presented the product,” says 41-year-old Rachna.

Rachna found it challenging to get tie-ups and it took her seven months of hard search to find the right blend of people for her company.

Globally, the travel and tourism market is believed to be one of the largest employment generators in the world. It is believed to generate close to 9.4 per cent of the world GDP. The number of players in the online booking and information dissemination space are fast growing.

In fact, myholytour faces most of the competition from well-funded and deeply pocketed players like MakeMyTrip, Cox and Kings and even HolidayIQ, which provides information. In fact, according to the different reports by MakeMyTrip, has seen over 30 per cent growth in the segment and the religious travel space is in fact believed to be five per cent of its leisure travel revenue. Not only do these players have deeper pockets, they also have stronger tie-ups and the ability to provide more discounts.

Also, when it comes to booking online, customers would rather prefer to book via a recognised and well-established tour operator. Myholytour also faces stiff competition from other local tour operators like Nirmal Travels, Asian Travels, and Radheshyam Travels.

The company started its operations only early this year after beta testing. Currently bootstrapped, myholytours wants to build a strong brand in the space of religious tourism. The global Alexa ranking of the side is 7,639,497 and gets over 150 page views. The team has also partnered with ixigo for religious tours. According to the team, they have about 1,600 clicks from February to April. While the tours are yet to start, they have had over 100 enquiries since its launch.

“We hope to tie up with the Ministry Tourism and various state tourism boards in terms of quality service in organising religious tours. We want to promote religious destinations that are less known of,” says Rachna.