Here's how to prepare for bankruptcy, before the molehill becomes a mountain 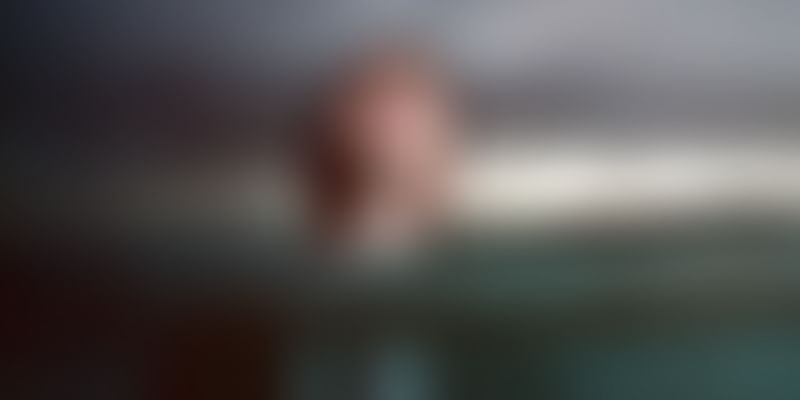 The biggest story to hit almost every newspaper’s first page recently has been about the grandiose liquor mogul Vijay Mallya being declared as ‘willful defaulter’. A man believed to be among the richest in the country is now being listed as the biggest defaulter, owing Indian banks over Rs 9,000 crore,which was taken towards saving his dying airline company, Kingfisher Airlines. Lesser known to all, bankruptcy and the laws to follow in the Indian judicial system have now been altered to suit the present-day scenario.

'Bankruptcy'is a state of a person who is a bankrupt. A bankrupt is the legal status of a person who is insolvent and a pauperand not in a position to repay the debts it owes to the creditors. In the legal system of many countries, bankruptcy is enforced by a court order initiated by a debtor. The term 'bankruptcy' is derived from the Italian word bancarotta, meaning 'broken bank'.This may have its rootsin a custom of breaking a moneychanger's worktable or desk to signify his bankruptcy.

Prior to the passing of Insolvency and Bankruptcy Code 2016 in the lower house of the Parliament on April 5, India did not have a clear law on corporate bankruptcy. But, individual bankruptcy laws have been a part of our judicial system since 1874. The present law which is still being imposed was formed in the year 1920, called the Provincial Insolvency Act. It is obsolete and a version that is currently being manipulated. Also other legislations have been there to redress grievances in this matter, namely Securitisation and Reconstruction of Financial Assets and Enforcement of Security Interest Act(SARFAESI) Act, 2002, Corporate Debt Restructuring (CDR) and Sick Industrial Companies Act (SICA), 1985, and the Debt Recovery Tribunal (DRT).

The Insolvency and Bankruptcy Code, 2016

In the first week of May, Lok Sabha made a move to clear the bankruptcy bill, which will also replace The Presidency Towns Insolvency Act, 1909.

This bill now would permit banks to push for recovery of money from ancompany within a period of 180 days, with a grace period of a further 90 days, if majority (i.e., 75 percent) of the creditors agree. In a situation where the company does not meet the recovery terms,it will be liquidated involuntarily. This will make it easier for banks and other financial institutions to deal with bad debts arising out of failed ventures.

The bill comes at a time when the country's political discourse is centred around how the banking system in India is displaying a brazen double standard, whilst dealing debt recovery:incapable of repaying bank loans due to crop failure, thousands of farmers in rural India have committed suicide. The bill is aiming to provide a time-bound procedure to settle insolvency.

As proposed in the startup policy,in order to make it easier for startups to exit the entire bankruptcy situation, provision for a fast-tracking closure of businesses has been included in ‘The Insolvency and Bankruptcy Code 2016’ passed in the Lok Sabha in the first week of May. For the entrepreneur, winding down an insolvent company is a challenge to honour the legal rights of creditors while lessening the damages made to the founders and employees.

Startups with plain debt structures may wind up within a duration of 90 days from the date of application for winding up on a fast-track basis. An insolvency professional, who is appointed as the official liquidator, is responsible towards the swift closure of the enterprise, taking charge of the sale of assets and ensuring that repayment of creditors is done in accordance with the distribution as planned, in Insolvency and Bankruptcy Code, 2016. This process will respect the concept of limited liability and will encourage more entrepreneurs to try fresh and innovative ideas, without having to fear facing a complex and long-drawn-out walk-out procedure, wherein their capital remains interminably stuck.

Facilitation of the insolvency resolution under the bill

A specialised cadre of licensed professionals is proposed to be created. These professionals will administer the resolution process, manage the assets of the debtor, and provide information for creditors to assist them in decision-making.

Creditors will report financial information of the debt owed to them by the debtor. Such information will include records of debt, liabilities and defaults.

The proceedings of the resolution process will be adjudicated by National Companies Law Tribunal for companies; and DRT for individuals. The duties of the authorities will include approval to initiate the resolution process, appointing the insolvency professional, and approving the final decision of creditors.

Insolvency and Bankruptcy Board:

Procedure under the proposed bill

When a default occurs, the resolution process may be initiated by the debtor or creditor. The insolvency professional administers the process. The professional provides financial information of the debtor, from the information utilities, to the creditor and manage the debtor's assets. This process lasts for 180 days and any legal action against the debtor is prohibited during this period.

A committee of the financial creditors who lent money to the debtor will be formed by the insolvency professional. It will take a decision regarding the future of the outstanding debt owed to them. They may choose to revive the debt owed to them by changing the repayment schedule, or sell (liquidate) the assets of the debtor to repay the debts owed to them. If a decision is not taken in 180 days, the debtor's assets go into liquidation.

If the debtor’s assets go into liquidation, an insolvency professional administers the liquidation process. Proceeds from the sale of debtor's assets are distributed in the following order of precedence:

India’s need for a bankruptcy legislation

The downfall of any business directly impacts its employees, shareholders, lenders, and, in the broader sense,the economy as a whole. This happens especially a country like India, with delay in making stern decisions on the feasibility of businesses, strategies employed by company supporters to delay reorganisation, or attempts to sell off possessions and property, changes within management, or court proceedings that go on and on.This usually dragsthe new business units, jobs, income generation and economic growth, making it insignificant. Also, the acts mentioned above, like SARFAESI and SICA, have proved to be not of much help due to inefficient enforcement and delay from courts.

Countries in the West, like USA, Germany, UK, have laws to deal with this issue. Therefore India needs this law relating to bankruptcy for speedy closure, which will help firms on the verge of either being restructured or sold off,causing least amount of pain and hassle for all involved. In some cases, if these are done quickly, assets can be positioned to better use and the company can get a new birth. Another advantage of a proper legislation on bankruptcy will ensure an environment of efficient and swift insolvency regime, which will create enhanced accessibility to credit or funds for businesses.