From Rs 149 to Rs 19 lacs: why Satyendra battles through struggles for the underdogs 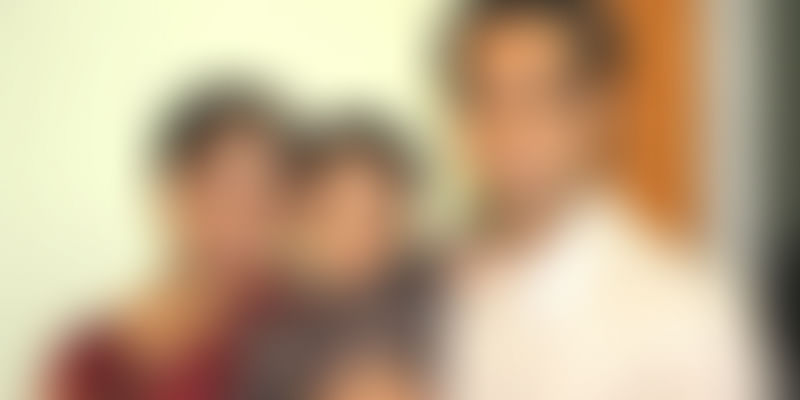 In the shadow of e-commerce Unicorns and international tech giants’ attempts to woo India’s 36 million Micro, Small, and Medium Enterprises (MSMEs) to go online, a little-known startup in Hyderabad is helping small businesses reach a wider customer base by strengthening their offline marketing.

“If you notice, just in one market area there will be innumerable small business owners like tea vendors, mobile shop owners, carpenters, beauty parlor owners, LIC agents, and more,” says Satyendra Gupta, Founder of PrintAsia, based in Hyderabad. “The chaiwallah in my office building carries a business card and never hesitates to produce one whenever he meets new people in the hope that they will become his customers,” he adds.

Related read: E-commerce lessons from Snapdeal: find out what 2016-17 has in store for the company

It is this segment that 32-year-old Satyendra, a design artist, is targeting through his online e-commerce site, PrintAsia, which provides design solutions for business collaterals. He has templates of business cards for most traditional and typical Indian businesses, including plumbers, istriwallah, raddiwallah, electricians, book shop owners, and more. All they have to do is choose their category and customise the design according to their needs. “We have received orders even from remote areas in the northeast, Bihar, and UP,” says Satyendra.

The MSMEs are often hailed as the backbone of the Indian economy, yet it is a highly unorganised sector as many businesses are small, unregistered, and unincorporated. He says,

“I run an advertising agency, which I set up five years ago, where we charge our clients a premium for their design solutions. I would receive requests from people who wanted me to design their letter heads or business cards for as low as Rs 100. It is painful to refuse a customer. So I thought why not make design accessible to everyone.”

He financed PrintAsia through his ad agency, Creative Force Communications, with a seed capital of Rs 10 lakh. “I would visit the local markets and bazaars and note the phone numbers on the labels on masala packets and pickle jars made by local merchants. I would then call each of these local manufacturers and pitch to them new designs for their product labels. It took a lot of convincing on my part to finally convert them into customers,” he adds.

The business recorded Rs 19 lakh revenue last year, and so far they have acquired approximately 5,500 customers. Last year, Stayendra endured sleepless nights to get his e-commerce website up. “When I received my first order I was ecstatic though it was only for Rs 149,” says Satyendra.

“What? Rs 149?” was how his family reacted when they heard that all those months of hard work had yielded only this little.

Though his average ticket size today is Rs 350, his family is still skeptical of his obsession with this new internet-based business.

With no background in running an e-commerce business, Satyendra says he learnt the ropes on the go. His resolve to make his new venture a success is remarkable considering his humble origins. Recalling his growing up years in his village, Rampura, in Rajasthan, Satyendra says, “My parents were both principals in different schools and we led a very simple life. The expectation from us four brothers was that we should study well and make a good life for ourselves. There was no talk of running a business or becoming an entrepreneur. It is only now that one of my older brothers has started a furniture fabrication business after he saw me running my own ad agency,” he adds.

Satyendra reveals that he nevertheless possessed a business mindset as a child.

“It could be because of the influence of my friends and the baniya neighbourhood where I lived. When we played kancha (marbles), I would win everyone’s marbles, which I later sold back to them. During the kite-flying festival around Sankranti, I would capture kites and manage to bring them down in one piece, and sell them too,”

he says; the memory planting a grin on his face.

But it was fine arts that Satyendra was passionate about to pursue in his graduation. That was the first time he left his village to go and live in a big city, Jaipur. “I was not very conversant in English, which did not matter much while I was in college, but when I decided to move to Delhi for a job I had a tough time,” he shares.

While he was working with Music Today as a designer he felt out of place with the urban crowd.

“It was intimidating to be surrounded by English-speaking colleagues. You won’t believe I did not open my mouth for months together. It was difficult to give my creative input in English when I was thinking in Hindi,”

But he claims today that the exposure to a very different kind of life in Delhi was a good thing that happened to him. “It was like andhere kamare mein ekdam roshni aa gaye ho (light filling up a dark room suddenly).”

He went on to work for Infosys, which he quit within a year, and moved to Hyderabad, where his wife’s family lived, to set up his ad agency five years ago. His attention is now only on PrintAsia, which he started a year-and-a-half ago, which employs five people who are involved with different functions like SEO optimisation, marketing and so on.

Experts believe there is a profound impact of e-commerce boom on MSMEs. Satyendra’s story itself testifies to this claim, perhaps. And in the years to come, he will surely be tested on how far he rides this wave.