What the financials of online food ordering biggies Swiggy, Foodpanda and Zomato reveal 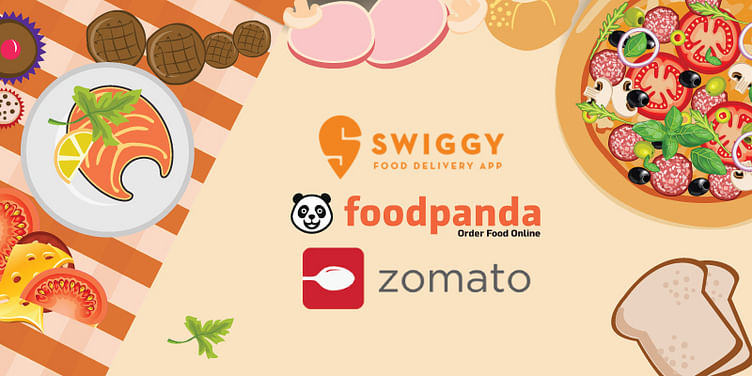 The online food ordering culture is booming in India, bringing variations in the way traditional restaurants worked. Not long ago, looking for your favourite cuisines and ordering food online seemed like a thing of the distant future. But now, online food ordering has become a normal weekday activity, especially with the working community in metro cities, youth living away from home and looking for easy food options, and housewives wanting a break from cooking. Mumbai, Pune, Bengaluru and Delhi are the biggest consumers of these services, but smaller towns are not left far behind.

According to a recent sectoral report published by IBEF (Indian Brand Equity Foundation), food has been one of the largest segments in India's retail sector, valued at $490 billion in 2013. The Indian food retail market is expected to reach Rs 61 lakh crore ($894.98 billion) by 2020. The Indian food processing industry accounts for 32 percent of the country’s total food market, one of the largest industries in India and ranked fifth in terms of production, consumption, export and expected growth. The online food ordering business in India is in its nascent stage, but witnessing exponential growth. The organised food business in India is worth $ 48 billion, of which food delivery is valued at $15 billion. Investment in food startups, which mainly include food ordering apps, has increased by 93 percent to $130.3 million, comprising 17 deals till September 2015, as against only five deals in 2014.

Owing to fierce competition and vast market, the space is coming up with a lot of innovation catering to customer convenience, satisfaction and retention. Foodpanda, Swiggy, Faasos, Tinyowl (in process of merger with Roadrunner) and Zomato are currently among the top-rated food ordering apps. Zomato was a ‘restaurant search and discovery app’ business and recently ventured into food delivery.

Above is a quick snapshot of the funds raised by various food ordering companies till date. The funding appearing in Series D for Swiggy came from its existing investors Norwest Venture Partners, DST Global and Accel Partners as bridge funding.

After the turmoil the food ordering space has witnessed lately, the last ones standing in the battlefield are Zomato, Rocket Internet-backed Foodpanda.com and Bengaluru-based Swiggy (Bundl Technologies Pvt. Ltd). We take a closer look at the financials reported by these companies in FY 14-15.

Swiggy was founded by Sriharsha Majety, Rahul Jaimini and Nandan Reddy in December, 2013 in Bengaluru and became operational in FY 2014-15. The online food-ordering and delivery startup is owned and operated by Bundl Technologies Private Limited. Swiggy is now present in eight cities – Bengaluru, Gurgaon, Hyderabad, Delhi, Mumbai, Pune, Kolkata and Chennai with over 5,000 restaurants listed on its platform.

The company reported sales of Rs 7.41 lakh in the first year of operation and Rs 4.18 lakh as other income (income from non-business activities). Employee costs is the largest cost to the company at Rs125.62 lakh, which is 57 percent of the total cost of sales. Company is maintaining a high net worth at Rs 386.25 lakh, which gives it a bandwidth to take further exposure to debt, without weakening the leverage ratios. In line with the business model, debtors are minimal and payables stand at Rs 6.21 lakh. The company maintains a good cash reserve at Rs 345.14 lakh despite having a negative working capital gap. Thus, the working capital cycle looks sustainable, which is a positive indicator for a startup business. The receivables and payables are in line and thus are not stressing the working capital cycle. Receivables are at 6.32 days and payables at 23.59 days. Though the payments to vendors seems bit delayed, the company will not worry much about it while cycles are restricted to a month. The year closed at Rs.212.20 lakh losses.

Burn rate is basically a measure of how fast a company is burning its cash, ie. in what time it will use up its shareholder capital and, if need be, look for additional funding. In case the business runs out of funding it is left with only two options - either making profits or closing down. We see that the company ended the year at burn rate in the tune of Rs.17.52 lakh per month. To calculate net burn rate we simply deducted the average monthly receipts from the average monthly operating costs. The cash reserves tell us that at this rate the company will not run out of cash for another year.

However, burn rates can change pretty quickly. If revenues are ramping faster than expenses consistently month after month, the burn rate will go down. It can also go in the other direction if expenses are ramping faster than revenues or if there are no revenues. Thus we cannot rely on burn rate to calculate the exact date of break even, but the direction in which burn rate goes surely gives an idea about the business performance.

It is too soon to comment on the overall financial performance of the company, without looking at the trend in FY 15-16. A growth in turnover and improvement in margins while maintaining the working capital cycle is definitely what we will be looking for.

Founded by Akhilesh Bali and Amit Kohli, Foodpanda is a Rocket Internet incubatee. Foodpanda was launched in March 2012 in Singapore and is currently operating in 40 countries across five continents. In India, Foodpanda has established itself in Delhi, Mumbai and Bengaluru, with a presence in 200 other cities. The company is targeting to expand more aggressively in Tier-II and Tier-III cities, with a network of 12,000 restaurants.

In its third year of operations (launched in March 2012), the company booked a turnover of Rs 459.84 lakh, which was a 98.37-percent growth from last year, when the turnover was at Rs 66.06 lakh. Other income is negligible at Rs 7.62 lakh. As with all online food delivery platforms, employee cost is the major cost at Rs 640.15 lakh, which consists of Rs 136.82 lakh as managerial remuneration. The employee cost accounts to 16 percent of the total cost of sales.

'Other expenses' account to Rs 3,375.36 lakh, which is a huge number on the cost side. The bifurcation is not available for the public. Attempts to contact the management for a detailed bifurcation did not elicit a response.

Reserves and Surplus stand at a comfortable level of Rs 220.71 lakh and cash at bank at Rs 801.21 lakh, giving a financial cushion to the company. Receivable days are at 26.97 and payable days at 41.65. Slight stretch in making payments - going beyond a month. As per the financials, the company has managed leverage ratios, as no outside debt were served. However, we don’t have a detailed break-up of the long-term liabilities to give a more detailed comment. The burn rate for FY 2014-15 is at Rs 296.78 lakh. This is very high compared to the cash and reserves with the company. This high burn rate can be attributed primarily to the 'other expenses' of Rs 33 crore, further clarification for which is awaited. The company booked losses of Rs.3,600 lakh for the financial year.

Foodpanda came under the limelight late last year for a series of violations and unheard of transactions, where the company was blamed to have boasted of fake restaurants and number of orders, and inept call centres, all in the name of pushing up its valuation for more funding. The impact of this on the financials statements of FY 2015-16 remains to be seen.

Founded in 2008 by Deepinder Goyal, Zomato is India’s largest restaurant guide, listing over 42,000 restaurants across 12 cities in the country – Delhi NCR, Mumbai, Bengaluru, Chennai, Kolkata, Pune, Hyderabad, Ahmedabad, Jaipur, Chandigarh, Lucknow and Indore. It currently operates in 23 countries, including India, Australia and the United States. Only in April 2015, the company ventured into food delivering in NCR and in a month unbundled the feature and launched a separate app- Zomato Order.

The graph above shows revenues including other income. Cost of sales stood at Rs 16,049 lakh, exponentially higher than previous year at Rs 7,097.75 lakh. Major cost is employee cost, which stood at Rs 9,788.43 lakh, which was 61 percent of the total cost of sales.

Reserves and surplus are at Rs 66,172.54 lakh, giving a sound financial cushion to the company. Short-term borrowings include Rs 2.65 lakh is unsecured borrowing from bank at interest rate of three percent per month and bank OD with current balance of Rs 1,115.

Coming to ratios, Payables and Receivables stand at 48 days and 41 days respectively, which seem quite in line, and leverage ratios are well-managed. Burn rate as on March 3, 2015 was at Rs 545.89 lakh per month, backed by substantial cash and reserves.

Recently, HSBC Securities and Capital Markets (India) Pvt. Ltd has slashed Zomato valuations by half, to $500 million. Last capital raised by Zomato in 2015 from Temasek Holdings Pte and Vy Capital, was at a valuation of a $1 billion. HSBC believes that though Zomato’s recent cost focus may help profitability in the near term (as announced by the company that it will hit profitability soon) it would not be sustainable. The report mentions that restaurants on Zomato that pay for advertising account for a mere Six - eight percent of its total restaurant database and the business will take time to develop a strong revenue stream.

A lot has been happening in the online food ordering space where increased competition is making survival tough for various players. We keep coming across stories like Dazos and Eatlo shutting shop, SpoonJoy snapped up by grocery shopping app Grofers, Tiny Owl struggling for survival and so on. The survivors are striving to manage cost, fight competition and reduce burn rate to break even and hit profitability fast. This analysis is based on FY 2014-15 financials and as expected from the vibrant startup world, we wait to see what’s out with the old and in with the new in the next financial year.