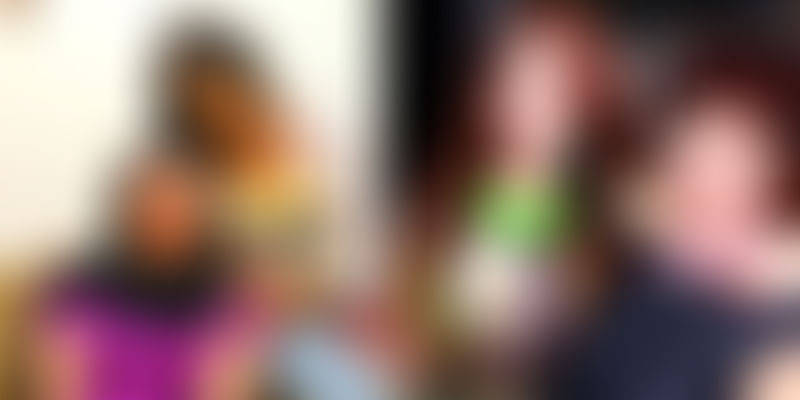 The choice of costume that the Indian society may have sprung on our beloved mums may be aprons, burkhas and ghoonghats, but no one can stop them from turning these into their capes. Mothers, after all, are the unsung heroes of the Great Indian Startup Dream – especially for women entrepreneurs who wanted that dreamy reality for themselves. If current norms dictate that the dad is the financial powerhouse of our families – let’s face it, your mom holds the key to pretty much everything else! No wonder you look at her and feel a sense of warm reassurance rushing to your heart, when nothing and no one else seems to be in your favour. She wants what’s best for you, even if it may go against what she thinks is best for you – for she puts her family’s happiness above hers.

One of the main reasons why the startup movement in India and world over has become an ideology, and not just a fad –because the women entrepreneur community rose to the occasion and participated in staggering numbers to make it an overall success. And most of the women we have come to know so closely through the stories we narrated to you, are ready to lay everything they have achieved at the feet of their mothers. Some of our most stellar tales you have read on our portal would have ended before they got even their first beacons of sunshine, had it not been for that one woman who fought for her daughter like a warrior princess, championed her like a mother lion protecting her cubs, and marched with her like an army on intruders. The following stories encapsulate perfectly, the role moms quietly yet relentlessly played, in the sidelines, so that their daughters could have everything they set their heart on.

Award-winning inventor Dr. Suman Kapur was born to a Marwari family. Her interest in Biology was sparked by her teachers in middle school and her exhilarating experience at a national science fair where she represented her school with a model of how DNA-the genetic material replicates, and the resulting twinkle in her eye was something that her mother lived to see. But, as the family histories of most traditional Marwari families go, the prevalent marwari practice of not encouraging education of women threatened to take away from her everything that she had worked for – becoming a National Science Talent Student and cracking IIMS. Her biggest ally in overcoming these barriers and pursuing higher education was none other than her mother, who wouldn’t let anything get in the way of her daughter’s dream and her own – having a “doctor” child. She countered the resistance ferociously, to help her daughter rise above the norms, pursue her Ph.D, and become a globally recognized inventor – who, very soon, will launch the device that will help us determine our resistance to antibiotics – so that diagnosis and prescriptions become more appropriate and accurate.

Ishika and her life-line, Bharti Taneja

The minute Guiness record winning Airbrushing expert Ishika Taneja opened her eyes into the world, she has been basking in the radiance exuded by her mother Bharti Taneja – a pioneering beauty expert who was lightyears ahead of her times, when she started a beauty and wellness chain of parlours in 1988. Ishika says her key inspiration to house a passion and develop an ambition to excel. With a little Ishika in tow everywhere Bharti went, from the young age of 9, and expose her to the steady streams of adrenaline that entrepreneurship brought in her life. Ishika would watch on in awe as her mom turned a small room in Delhi’s Vasant Kunj into a beauty and wellness empire. “I used to observe that my Mother and Sister were so actively as well as successfully involved in our business – and I slowly and steadily decided take our venture to new heights someday, as well. My mother motivates me to survive the rat-race of this ever-competitive world,” says Ishika. She went on to study in Airbrushing in world-class schools, worked around the world with Hollywood and Bollywood greats, and returned to set a Guiness Record of pulling off the most number of complete Airbrushing jobs on models within one hour – the astounding number stands at 60.

Not so long ago, Crorepati entrepreneur Saumya Gupta was a certified pilot whose fleet never succeeded to take off, because her career’s first leg coincided with the 2008 recession. Waiting on hand and foot for a year for her destiny to throw something at her, she was cowering under the guilt of recovering the lofty sum that her parents had spent on her course. She joined a call centre, almost give up hope on the career of her choice. Her mom saw how unhappy and undersatisfied she was with her life, and when the opportunity came to try her hand at a business, her mom not only backed her with conviction, but also offered to partner her till it takes off. That small business idea of holding exhibitions is now a flourishing online fashion portal generating Rs. 10 Crore.