This Indo-Chinese couple shows love has no language; goes on to create a business in translations 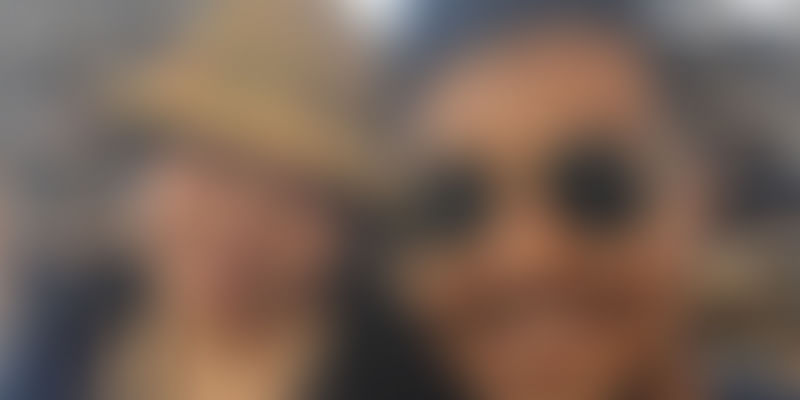 It was three in the morning when Abhishek Chakrabarti arrived in Zhengzhou, China, in the summer of 2011. He was travelling to this ancient Chinese city to meet his prospective parents-in-law. “My flight was delayed by many hours. My white suit was crushed and the flowers that I had picked for them had almost withered,” he narrates the incident that was to change his life forever.

Abhishek met Olivia, his wife now, at the University of Kansas in the US where he was studying aerospace engineering, and she, psychology. “I had gone to see a tax consultant on the campus, and she was in the same building talking over the phone with someone. All I remember about that day is thinking to myself how beautiful she looked,” he says. It was not until the next semester that he gathered courage to approach her. “I had found myself thinking a lot about her since I saw her and I felt she was special. That I should take my chances,” Abhishek says.

The two eventually started dating, but Abhishek says he never gave much thought to the obvious differences in their nationality, culture, and language. But Olivia knew these would be areas of concern when the parents were brought into the picture.

In 2011, Abhishek got an opportunity to attend a convention in Beijing from his university and wanted to make the most of it. He and Olivia decided to extend their trip and break the news to her parents.

“When I arrived in China for the first time, it was intimidating. It was the first time I was being exposed to a language barrier. I knew English, Hindi, a bit of Spanish, and Bengali (my mother tongue), so I never ever felt lacking.”

Thus, when he sat facing his future parents-in-law in their home in Zhengzhou in the wee hours of the morning, he was literally tongue tied. “Olivia was our interpreter. When we encountered a tough emotional question they would start talking among themselves and I was left staring at them wondering what the point of contention was,” Abhishek says with amusement.

Today, Abhishek is fluent in Mandarin, Japanese, and Korean too.

Twenty-three-year-old Abhishek loves to travel, and when he goes to any place it is not the monuments that he longs to see, but the local markets and parks. “If you want to know the reality of a place you should go to the local market,” he says. When he was in China, he wondered how outside businesses come and work there. Little did he know that he was to find that out soon for himself.

There was pressure from Olivia’s family that they marry immediately. “They did not know much about India. My father-in-law had read somewhere that Indian men have more than one wife and he was very concerned about that,” Abhishek says with a laugh. It was not until two years later that Abhishek and Olivia finally tied the knot. “We were clear that we wanted to complete our degrees and that was the most important thing,” he says.

There was another pressing issue Abhishek was dealing with. In 2012, he had started a small business providing language services to companies in the US and China. Olivia used to do some translation work for companies that wanted content translated into Chinese and vice-versa. The first lead that they got was for a translation of a certificate from Chinese to English. It got them $20 for two hours of work. The next one was a brochure of a dental clinic from English to Chinese that fetched them $80 for three hours of work.

“There was a dating company in the US and they wanted to expand to China and Korea. They offered us translation work at three cents per word (the standard translation rate is five to six cents per word). We would stay awake until 3 am to meet the deadline. Everything just happened so fast and I did not even realise what I was doing,” says Abhishek

Thus, when the time came to decide between looking for a job after graduation and continuing the business, Abhishek found himself at crossroads. “Olivia helped me out of the dilemma and encouraged me to stay on the path of entrepreneurship,” he adds. Thus, their company Linguavista was born out of his dorm room in an American university. (Linguavista is one of the 14 startups that was showcased at the first-ever Indian Languages Digital Festival, Bhasha, in New Delhi on March 11, organised by YourStory in association with the Ministry of Culture and partnered by Reverie Language Technologies.)

His parents were understandably disappointed. Abhishek had grown up in a small town called Raigarh, a few kilometres away from Raipur, capital of Chattisgarh. Like all middle-class families, Abhishek’s parents too believed in the value of education which they considered was a ladder to a good job and success. Entrepreneurship was never a part of the equation.

“I always had the drive to be independent. While in the university, I would think of ways to earn an extra buck,” says Abhishek. He reveals that he would give tuitions in maths and physics, sometimes even to his seniors, and had devised unique methods to manage his time. He says,

“Through my experience of giving tuitions, I learnt about customer service, price points, and how to deal with competition.”

Linguavista was seeing a steady growth. Abhishek and Olivia decided to expand their services to Korean and Japanese. They soon covered the European market too. Olivia’s job was to recruit and train translators, while his was business development. But it was proving to be a hard journey.

It was by chance that they stumbled upon the financial sector, and it so turned out that this sector became their cash cow. “We did almost a million dollar sales last year, and 70 percent of that came from the financial sector. Before that we were going through a lean patch,” says Abhishek.

By 2013, they had expanded their services to 80 languages. At present, they provide services in 170 languages to over 100 global businesses. Abhishek says they are re-building their website with all the new updates.

“I truly learnt the value of speaking another person’s language when I met a Japanese client. By then I had picked up a few sentences in Japanese and when I spoke to him in his language he took a curious interest in me. We were able to sign a contract of $17,000 within two months of our meeting,” says Abhishek.

In the land of many tongues

The translation market worldwide is worth (in revenue) $ 38 billion, while the Indian language translation market is approximately $500 million. Abhishek is now dividing his time between Zhengzhou and Bengaluru and is looking at the Indian market. “But the challenges are many in India. The translation price is complicated and there is no profit margin. Only five percent of my work comes from India but I want to change that,” he says.

He is building a cloud platform, LinguaCloud, which is an AI-powered content generation, localisation processing, content deployment, and global project management platform.

“As of now we are testing it out and need to feed it content-data and thus are working with some companies for free. We are starting out in Hindi, Bengali, and Kannada. Google has done a lot of work for world languages, but not much has been done for Indian languages,” he says, adding that he hopes to build a platform that will work seamlessly for Indian language translations.

He has invested some of his money from Linguavista into LinguaCloud and is hoping to test the beta version by June next year. “In business, it is important to innovate, yet at the same time, I feel that this dream can end anytime. Life is unpredictable. But since I started with nothing, so I guess I can start all over again,” says Abhishek.

And he is not alone. He has Olivia and their son to cheer along the way, perhaps ensuring that nothing is lost in translation.