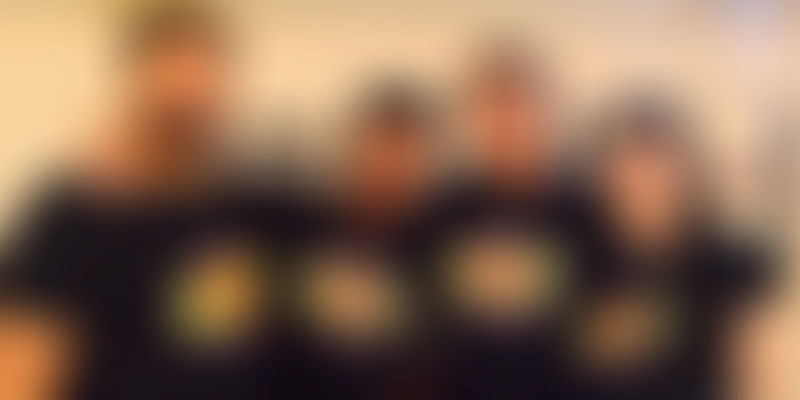 For brands, hell froze over with the ALS ice-bucket challenge – because it was a cause that wasn’t even on the map yet and it raised over a $100 million with zero ad-spend, purely through organic buzz generated by social media. Larger companies and brands, on the other hand, spend millions of dollars on advertising and marketing campaigns that barely manage to strike a chord. What did the ice-bucket challenge do right, then? The answer is in the question itself – it held an innovative call to action, a ‘challenge’, that swiftly conjured up a cool quotient for the youth, and went viral because of intelligent targeting on all the channels that engage millennials.

The real challenges in marketing…

Divyansh Bajpai, 36, and Shikha Uberoi, 33, met Neel Grover through some common friends in the US, when he told Neha, Shikha’s sister, that he was looking to expand Indi into India. Indi was originally conceptualised by Neel’s wife, who was an actress and found herself having to travel constantly for auditions. Neel felt that in this digital era, any artiste could easily film and upload an audition via their mobile phone camera to a platform where casting directors could view and select from.

With applications for Indi’s video sharing platform continued to grow, it transformed into a multi-purpose platform that quickly evolved to address brands that desperately needed positive and safe platforms to engage with their audiences through video content and video challenges.

“Neel saw many difficulties and gaps in talent and brands trying to connect with one another. He felt that in the digital age, it should be easy to engage and communicate through video content,” Divyansh expands.

Before co-founding Indi.com India, Shikha, an anthropology major from Princeton, was a professional tennis player, who had ranked number one in India when she was in her best form. She retired from the sport and turned to impact entrepreneurship, creating and producing social issue media.

Divyansh Bajpai, a first-generation Indian American, was born and raised in Portland, Oregon, but spent every summer in Lucknow. He studied computer science at the University of Oregon. He had a stint as Director of Technical Support selling dye sublimation printers, later ventured into pharmaceuticals exports from India and eventually, took a leadership role in their family business Nova Travel, an airline consolidator.

Today, being accessed by people from over 200 countries, brands can leverage digital marketing  by initiating challenges and contests which the user will participate in by creating original content at Indi.com and self-promoting the same across multiple social media platforms and personal networks.

“It is a free video challenge platform for brands to engage and deeply communicate with their audiences. Brands, celebrities, NGOs, leagues, TV shows, basically any entity with a following, create a channel on Indi where they host challenges and offer rewards. People respond to the challenges by filming themselves and uploading it to the brand’s channel. They are incentivised to share their video throughout their networks because the more buzz and viewership they generate for their video, the higher the chances are for them to win the prize offered by the brand. In fact, we are offering brands the chance to make money when we serve ads,” Divyansh explains.

With talent being one component for selection of the winners, Indi would also track and factor the social media buzz created around the video, motivating users to self-promote the videos across different popular social media networks.

After their American success set the stage, the high smart phone penetration and growing appetite for consuming snackable content made India a ripe market and a logical next step for Indi's expansion.

“Reaching out to brands and their marketing teams was a great start, as brands are really hungry for a positive platform where they can engage better with their customers. Plus companies like music labels, production houses, TV channels, and casting directors really see the benefit of sourcing talent on Indi,” explains Divyansh.

Indi gets the Slumdog to Millionaire boost

Come 2014, Indi got its first bigshot investor, none other than media and Bollywood veteran Anil Kapoor. Neel approached Anil for a co-founder association and impressed the star enough to make him come on board as their fourth partner. On his association with Indi.com, Anil said, “I'm very excited for Indi.com's launch in India. We have a broad array of genres being represented including acting, singing, retail brands, entrepreneurs, fashion, and modeling with much, much more to come.”

Anil has not only invested in the Indian platform, but would also be taking a keen interest in discovering the best talent that the platform has to offer. He gets back together with Roshmi Banerjee, the casting director of his hit television series, 24, to judge and handpick the winners for his contest on Indi, who would receive a chance to audition personally with him for Anil’s future projects.

They have first introduced the concept of Indi to millennials, because that’s who brands really want to reach out to. “Indi works with selfie behaviour except, it’s video instead of photo. We notice that the same target group and even children enjoy snacking content on their cell phones, and Indi is a wonderful place to enjoy user generated content and vote for it too. Even though we just launched we have received a large number of submissions in challenges ranging from finding 'the next best recording artist from Mohit Suri and EMI' to 'winning the Kate Middelton dress on Anita Dongre’s' challenge.”

As they structure the idea further, Indi plans on serving ads where, the channel owners will make 70 percent profit off of every video that monetises on their channel. “Along with ads, we will be providing enhanced analytics packages for a fee, enhanced “freemium” profiles, and e-commerce capabilities for a well-rounded growth model,” Shikha says.

The team made a crackling launch in April 2016. At the very onset, their #ChallengeAccepted hashtag was trending on Twitter for a few days. Indi is currently self-funded by the global co founders and a few HNIs.