Bharatiya Yuva Shakti Trust: Working for the upliftment of rural entrepreneurship for the past 24 years in India 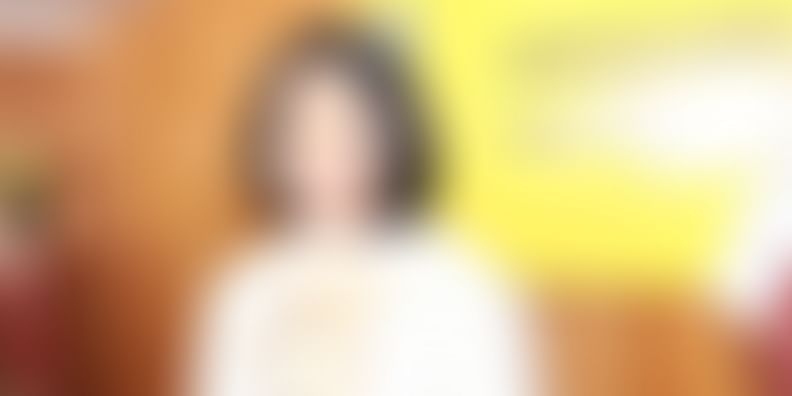 In a country that is currently undergoing a startup revolution, not much is said about those entrepreneurs who have the skill and passion but not the money or contacts to make it big. Bharatiya Yuva Shakti Trust (BYST) has been in the forefront of supporting young underprivileged entrepreneurs of India, and is a year shy of celebrating its silver jubilee. At the helm of it all is Lakshmi Venkatesan. The daughter of former Indian President R. Venkataraman, and recipient of several honours, including Shiromani Award, Government of India’s Social Entrepreneurship Award, etc., her achievements are plenty.

An alma mater of Delhi University, and holding a double master's in Physics and Engineering Science from New York University, Lakshmi started her career in telecommunications, at the prestigious AT&T- Bell laboratories, USA. After a successful executive career, she returned to India in the late eighties, after spending nearly two decades abroad.. . YourStory recently met with Lakshmi, the lady with many accolades, to pick her brains and understand what she has been doing through BYST.

YS: Twenty-four years ago, you co-founded BYST. How did this idea come to you?

Lakshmi: Though born in a very established family with great educational background, my father let us grow independently and allowed us to take decisions of our own and was very supportive. In fact, when I chose to go abroad to do my Master's in Engineering, he immediately agreed. In the late seventies, it was a rare occasion to send girls abroad to pursue education. But I always knew I would come back one day to serve my country in some way.

In 1990, when I was with my father once on a state visit to UK, I got the opportunity to sit next to the Prince of Wales. He was telling me about one of his very interesting programmes in the UK. It was about choosing young people who were school dropouts, from an underprivileged background and making them extremely successful entrepreneurs.

I also came to know that their first millionaire was someone of Indian origin, and I instantly thought, 'why can’t I get such success stories in India too?'.

Immediately, I decided to quit my job and start this in India. Though in nineties, entrepreneurship was not a much sought-after option in comparison to stable jobs, I presented this concept to JRD Tata. Inspired by the idea, he immediately agreed and became my mentor and the Founding Chairman. I also had the support of Prince Charles and thus BYST was born in 1992.

YS: What does BYST do? How do you bring entrepreneurship to underprivileged people of India?

Lakshmi: BYST is a not-for-profit organisation that primarily assists disadvantaged Indian youth in developing business ideas into viable enterprises under the guidance of a mentor, with the main objective of turning job seekers into creators.

We started this unique model of ‘Guru-Shishya’ Parampara (teacher-disciple) relationship, wherein the mentor trains, supports, monitors and helps the entrepreneur in networking and nurturing them, till they are self-sufficient to run an ethical business and, in turn, make a valuable contribution to society through creation of wealth and employment.

We encourage applicants without asking for financial down payments or collaterals. This way, we provide them with the seed capital as loan, which they can use alone or in conjunction with financing from banks and other institutions. The loan is provided at the special interest rate offered to small businesses.

We started off with our first BYST in New Delhi and now we have expanded to 10 regional clusters, including Tamil Nadu, rural Haryana, Odisha, Assam, etc… And today I am happy to say that we have financed and created nearly 4,200 entrepreneurs creating employment for about 1,75,000 people, and 10 percent of BYST-supported entrepreneurs have become millionaires today.

YS: How do you choose your entrepreneurs? What are the challenges in convincing the underprivileged to take up entrepreneurship?

Laskshmi: BYST's focus was always young people between the age of 18 and 35 years, who have a business idea, capacity, capability, passion and central focus to drive their ideas.

In the initial years, we went to villages, grassroot-level NGOs, ITIs (Indian Technical Institutes) and polytechnics and chose young people. We had no plans to go to the IITs and IIMs. Challenge was the rural people were suspicious on us thinking we were from political parties or corporates hiring them for jobs. But we convinced them and explained the importance of entrepreneurship for their development.

I would say these underprivileged people are also brilliant and can become crorepatis, but where will they go to start their ideas and who is there to advise them? These were two important elements missing. But we were very clear of our agenda i.e., empowerment of the youth of India.

Within the first year, these people increased their turnover from Rs 50,000 to Rs 5 lakh. In fact a Rajeswari, who manufactures printed computer stationery, one of the first entrepreneurs, turned a crorepati in seven years.

YS: How do you get mentors for your programme?

Lakshmi: As I said earlier, BYST functions primarily on guru-shishya relationship, wherein the mentor’s role is very crucial. Mentors are the ‘window to the world’ for the underprivileged first-generation entrepreneurs. Initially, it was a tough task for us to convince people from the corporate sector to mentor these entrepreneurs, but then JRD Tata took this up and inspired people, as he believed the worthiness of the idea and gave me all the courage to run the programme.

We explained the importance of knowledge sharing that the mentors need to do for the rural sector in the field of business. Once started, we quickly saw our lakhpatis and we started getting more mentors, which gave us a lot of encouragement. Mentors also feel this is their way of giving back to the society and 70-75 percent of mentors have some small business background and guide the entrepreneurs in the right way. We told the mentors to support our entrepreneurs for the first two years, but many of them continued their relationship for more than 10-12 years. Today, we have nearly 4,000 volunteers as mentors, who even travel 40-60km with us to reach the entrepreneur they mentor.

YS: What kind of ideas from the entrepreneurs do you support? Can you share some inspiring success stories of BYST?

Lakshmi: We support anything from handicrafts to high-tech. If an entrepreneur has an original idea, we support him/her. We conduct ‘business idea contests’ with the help of local Panchayats and local groups. In villages nobody has ever asked them what their business idea was, so the very fact that we ask them is the biggest inspiration for them. More often, we get unemployed youngsters who want to start something to meet their ends. But the mentors guide their simple ideas in the right way and today many of these entrepreneurs have succeeded as they have imbibed a commitment to excellence, quality and ethics from their mentors.

I still remember one of the first entrepreneurs who came forward to work with us was Pradeep Lumba from Delhi, who made corrugated boxes and started this in Haryana. With the help of the mentor we provided, he very quickly picked up the idea and started looking into packaging using those boxes, which was supplied for electronic products, medical drugs etc. He was someone who grew very fast because of his mentor. Unfortunately, his factory had a fire and he lost almost everything completely, but his grit and with the support of his mentor he bounced back step by step and today he runs it successfully.

Similarly, Srikanth Bolla of Hyderabad has been mentored by BYST. He inspires us and all entrepreneurs here and he is like an ambassador for BYST who shows the world of entrepreneurs his powerful struggle and winning against all odds. He has also won the International Social Entrepreneur award for this year.

YS: So stepping into the twenty-fifth year of BYST, how does it feel today to be associated with social entrepreneurship? Also, what do you plan to do to take this initiative to the next level?

Lakshmi: I think the very fact that I am running around continuously all these 24 years is proof enough that it is energising me in a fundamental way, otherwise you can’t be doing this and that too as a volunteer without monetary gains. It is not even a much-publicised programme and is quietly running in many parts of the country and we are not doing this for any kind of visibility. To see the entrepreneurs up there receiving awards, to see them travel to other countries as achievers makes me feel happy. I am happy that JRD’s words, “That for every entrepreneur we support we create one more job and it multiplies,” have come true today. But this is absolutely the job well done by the entire community of BYST, staff, volunteer mentors, and young entrepreneurs. They energise me and I energise them.

BYST is expanding horizontally and vertically across the country and we plan to establish a centre of excellence in mentoring to reach out and train people. But I will be sad if this remains just as a successful idea in some pockets and does not become a countywide movement. I want this concept of reaching out to the target group, appreciating and admiring the potential of the group by creating mass mentoring movements, and support through incubation to rural India.

I want to demonstrate our success stories to bring about change in policy in the government at national level to reach out these potential youth of rural India. At policy level, we will play an important role and see what can be adopted by the government.

After a long journey, the programme is now in 42 countries under a common network of 'Youth Business International for which we are the founding member where we train and set up similar programmes in Asia, Africa and Latin America. We share policy, exchange programmes together, advocacy and problem solving, but what is interesting is the problems are the same everywhere. India is one of the strongest models in mentoring among 42 countries and now helping mentors of developed and developing countries.