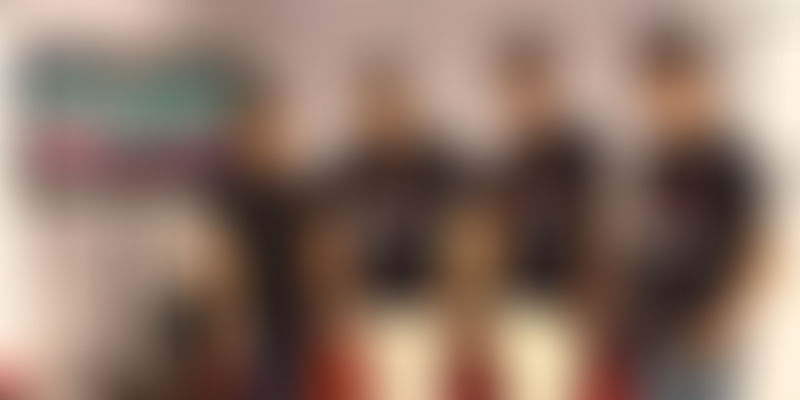 “If you are good at something, never do it for free.” A 25-year-old Indore-based entrepreneur Gaurav Padiyar took the Joker’s famous quote more seriously than any startup around him. He built a social recommendation app Bingage on a completely value-for-time and value-for-money model. When he onboarded restaurants, recreation centres, clubs and brands like McDonalds, each one was willing to pay him for featuring them on his platform.

Bingage is a social recommendation sharing platform that helps you find delicious food, trending fashion or exciting places through friends’ recommendations. As stated earlier, Bingage gives users value for their time. Every time you dazzle someone with your recommendation, you get cash rewards which can be used for free shopping at restaurants, salon, fashion outlets and numerous e-commerce stores. So the outlets or service providers get recommendations for a price while users get rewards for recommending. Users get five cash points for one upload that they can redeem. Of course bloggers get followers, freebies and get noticed.

“I had my fair share of trial and error in my previous startup. This time, I wasn’t willing to give away freebies. I was determined that I would onboard outlets at a price and would pay rich rewards to users who are giving this application their attention, time and valuable opinion,” informs Gaurav. He is a serial entrepreneur whose first startup was Hamaraoffer.com – that offered discount coupons around the web. He shut it down in 2014 and eventually discovered that offline coupons worked better and fetched him better business. His second startup Bingage had sold 4,50,000 coupons before he conceptualised the Bingage app, launching it formally in February 2016.

“The two startups for me were like graduating. It was a growing up process that finally helped me build a robust social platform for recommendations of food, places and fun options within a city,” he adds.

The recommendation market size is worth $150 billion, with a CAGR of nine percent worldwide as per Red Rocket Media. The platform informs that 55 percent of users are influenced by online searches, while 63 percent are influenced by friends and family. In addition, a 3Radical report further justifies this by saying that 87 percent of customers expect a reward or the like back in order to engage with Brands.

Bingage had achieved 500 downloads in 60 days of its launch with 100 merchants on board for rewards including McDonalds and Faasos. There are more than 1,000 posts shared about over 150 outlets in Indore till date.

“I come from a UI/UX background so I understand that any recommendation platform with a social network blend will work ONLY if it creates a great user experience,” shares Gaurav. Bingage is as much global as it is local.

Bingage charges its reward partners for marketing, brand building, and customer acquisition. “We are working on few features based on AI and VR; these upcoming features would help us to fuel up Bingage's growth,” shares Gaurav.

Once confident of the concept, Gaurav roped in Food Panda’s Indore city head Gurpreet Singh Bhatia who is now his Chief Marketing Officer. With three more team members, this small startup has carved a niche for itself in Indore and has plans of expanding to India and the rest of the world soon.

“We are constantly working on AI-based platforms which would intelligently browse recommendations as per your interests. If you have never liked fast food, it won’t show any feeds related to fast food. We are trying to add more layers of intelligence into the application,” he shares.

Bingage app scaled up for the simple reason that people love what’s local while its algorithm allows it to be used anywhere around the world.