With a $2 million boost from Kalaari Capital, CreditVidya aims to evaluate credit scores of over one million Indians by 2017 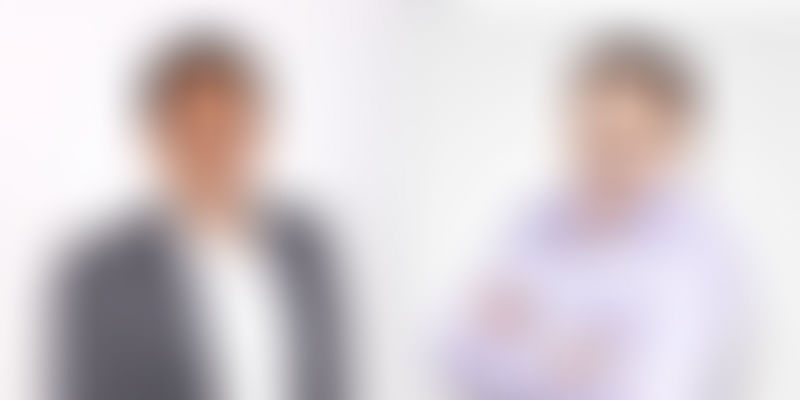 Financial technology startup CreditVidya on Wednesday announced raising $2 million from Kalaari Capital as a part of their Series A funding.

In addition to the funding, existing investor Siddharth Parekh from Paragon Ventures and other key employees of CreditVidya have invested an extra one crore as a part of this round.

The funding will be used by the firm for bulking their technology and data science team, and building the product based on the requirements or challenges of their clients. The firm has 35 employees, 75 percent of which are a part of the technology and data science team. Keeping the ratio same, the firm plans to take their total employee count to 70 by the end of the fiscal year.

Founded in 2013, CreditVidya is a B2B technology platform, helping lenders make critical decisions based on credit scores assigned to new-to-credit and thin file customers, through leveraging non-traditional data sources. These non-traditional data sources include behavorial (pending payments or categories of purchases), social networks, transactional (through recharges or e-commerce spends). All this information is received from the borrower’s smartphone or e-mails based on their permission. According to the founders, more than 10,000 data points are collected and referred to before arriving at a particular score.

Further substantiating the need of the platform, Rajiv Raj, Co-founder and director of the firm, says,

There are more than 350 million people of the Indian population which are not tracked on the credit bureau, and are, what we call, credit ‘invisible’. Hence, we are aiming to dissolve this bottle neck while working on deeper data science methods to give accurate risk analysis to our partners.

Apart from risk assessment, the platform also provides verification wavering and fraud protection to the lenders. This means that by collecting information from the borrower, lenders can bring operational efficiencies and reduce costs through eliminating collection and verifications of certain documents.

With APIs integrated with lending source channels, Abhishek Agarwal, Co-founder and CEO of CreditVidya, claims that apart from insurance and banking companies, the platform has also received interest from newer verticals like e-commerce, e-wallets and P2P lending platforms. They also claim to be working with banking financial institutions such as Fullerton India, Bajaj Finserv, IDFC Bank, Tata Capital, and Shriram Housing Finance.

The firm seems to be looking at evaluating credit scores of a million customers by the end of March 2017. The platform charges borrowers a transaction fee for per API call made. According to Abhishek, their biggest differentiation is how information is presented to their client, through customised cards.

“Every information is presented to customers depending on the requirements of the customers or the industry they function in. Usually the card includes a customised list of variables (asked by the customer), assessing the borrower on his or her ability to pay, stability as well as intent of the customer,” adds Abhishek.

Speaking about the funding, he says,

What we really saw in Kalaari was their expertise in scaling technology across sectors. This expertise will help us similarly in taking our product to the next level. Further, there was a matching synergy of creating social impact, which are fundamentally similar in both entities.

Adding to that was Bala Srinivasa, Partner at Kalaari Capital, who said,

“Credit scoring is a major bottleneck in India inhibiting social and economic growth. Credit Vidya has built a unique technology that enables lenders to assess credit risk of 800M+ Indians not covered by traditional credit scoring. We are excited to partner with CreditVidya in their mission to reimagine credit scoring in India.”

In the past, CreditVidya has received angel funding from Siddharth Parekh from Paragon Partners and Silicon Valley-based angel investor Munish Mehta.

Talking to players in the industry, Vinay Mathews, Founder and COO, Faircent, was heard saying that data would change the financial system.

“Apart from pulling data from traditional sources such as civil data, bank statement, and verification, we can also gather data from non-traditional ways such as shopping patterns, academic records, and online footprints. Such data is going to come in to make credit decisions.”

According to information provided by alternate lending platform, KredX, 98 percent of the Indian SMEs were reported to have granted trade credit to foreign and domestic B2B customers, last year. Moreover, 56 percent of these SMEs faced working capital deficits due to unavailability of bank credit.

In the Indian market, there is CrediWatch working on similar lines of providing data to financial institutions, however, with different data sources. Moreover, there has been a sudden outburst of players in the lending space with P2P platforms like i2ifunding and Faircent.

Hence, with rise of investment avenues, alternate financing space, and lending platform, right data seems to be the core of financing businesses across formats.