Building an electric vehicle ecosystem in India: The challenges of 100 pc localisation 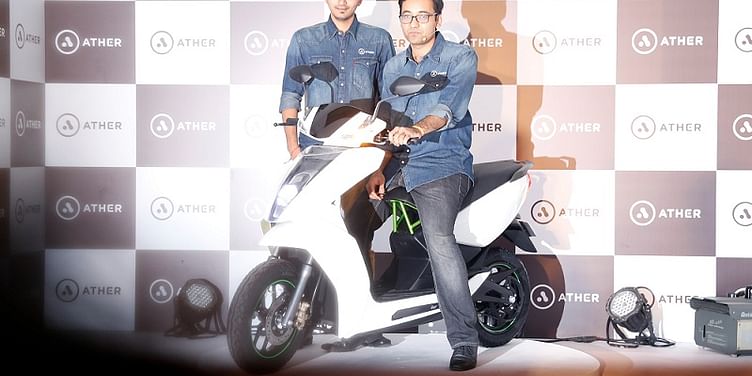 Building an electric vehicle for India is no longer about creating ugly looking battery operated vehicles. Startups like Ather Energy and Tork Motorcycles are not traders or dealers or manufacturers. They are designers, technologists, and visionaries. They are building products for an entirely new segment of consumer who is yet to experience the benefits of clean tech with great design. Simply put, they are the future of electric vehicles. Large groups like Mahindra & Mahindra (M&M) and the Hero Group are yet to introduce electric vehicles that really make sense for a new generation of buyers. The problem was that every manufacturer focused on selling electric vehicles as an alternative – to fossil fuels – more as a novelty factor rather than focusing on the aspiration part. So, these young startups are trying to create a new market. Boldly, we can add that they are trying to do what the iPhone did to the world in 2008. With falling battery costs and the proliferation of charging stations, over the next decade, these companies stand a chance. But there are some intrinsic problems with Indian manufacturing.

The difficulty that these startups face is not in finding local vendors to manufacturer components, but in getting the entire mind-set of systems – internal and external – to work together to create India’s first aspirational bikes and scooters. The problem they say is in finding an engineer who can unlearn and focus on working with the “new”. “When we began building the engineering team we had to bring in engineers and ask them to forget what they had learned from their previous manufacturing experience,” says Rajaram Swaminathan, Director, Hardware design at Ather Energy. He says that Indian engineers are so used to being told what to do that they seldom understand what it means to conceptualise a product.

At the production centre of Pune-based Tork Motors, 21 engineers are hard at work designing the sixth iteration of a bike. “The focus is to make the best in class design with 100 percent localisation,” says Kapil Shelke, founder of Tork Motors. Again, it is easier said than done for these folks.

Ather and Tork have signed more than 150 vendors – around Bengaluru, Chennai, and Pune ‑ to build their bikes. They are training these vendors to become electric vehicle grade suppliers. “Every automobile component manufacturer wants to manufacture components for electric vehicles. They know that in less than a decade they want to be globally competitive in EV manufacturing, this brings them higher margins,” says Kapil.

Think about it, in less than a decade Tesla Inc. has worked with more than 35 suppliers – globally ‑ to create three world-beating products. The first one was a long range sports car called the Roadster, and who would have thought that one day a sleek looking electric vehicle would have the world clamouring for the company’s success. Such is the brand of the company that the newly announced Model 3 has received more than 5,00,000 bookings even when its production is still 18 months away.

Of course Tesla had more than $800 million in funding to prove a point over the years and of course it went public. Tork and Ather have to do this with less than one percent of the funding. Will they work? Say that even if .50 percent of the 50 million high incomed Indians show interest in these products then Tork and Ather would have made their money back.

Today, the most aspired for bikes are the Bajaj Pulsar and the Duke KTM whose prices start from Rs 55,000 and go up to Rs 2 lakh. The Duke KTM sold close to 23,000 units in the financial year 2015.

Parts! Made in India versus import

The difficulty in making an EV ‑ with a mass scale in mind ‑ is related to the market's disability in manufacturing key components like battery cells, semi-conductor components, micro-processors, and controllers.

These items are imported from China today and will continue to remain so. Yes, for a prototype these parts can be made in India. But the component manufacturers will not invest on these items because of the small EV market. There is a long standing argument that India should encourage investments in manufacturing semi-conductors. But it is clear from the automobile industry that India does not have the capability like a Taiwan or a China to produce these items at scale at low prices. The answer is that these components will continue to be sourced from China by EV manufacturers.

India can become the design house for the world and manage the IP. That's why think-tanks like iSpirit and technocrats ‑ like Nandan Nilekani ‑ believe that India can become a product nation and own intellectual property in software and design. This is what Tork and Ather are betting on.

Their bikes and scooters will be 75 percent localised, since all other parts will be Made-in-India. Component manufacturers will take EV sales in the country seriously when sales hit 1,00,000 units. Tork and Ather are working ground up to create this interest. More on that later. However, to build an aspiring product one also needs employees to be tuned to building.

Employees and getting them towards design thinking

There is one problem that everyone is trying to fix, which is Indians like being told what to do and do not know how to think of building products. This is what Ather and Tork are trying to do to make their employees ready for a product nation. There are 77 engineers in Ather Energy; the various departments are mechanical, electronics, software, production and design teams. In a large automobile company, these functions will work with the guidance of the corporate. However, with companies like Tork and Ather these various teams have to function together.

"It is a task and we have begun unifying our thoughts around all teams working together to create the product," says Rajaram of Ather Energy. He adds that this is important to get the product absolutely right in its first commercial iteration. We all know what happened to the Tata Nano. The first product ‑ if launched quickly by these startups ‑ needs to be completely controlled by the founding team because it will determine how the next set of platforms would succeed under the current ecosystem. It is also important to have all teams working together in these two startups because it reflects the vision of the founders. No wonder Tesla is a mirror image of Elon Musk's personality.

And no wonder Tesla is an iconic product. This is an opportunity and a challenge for Tork and Ather. But it's worth going after because electric vehicles are the future of the planet.