Will Europe deliver the next big innovation in the world? 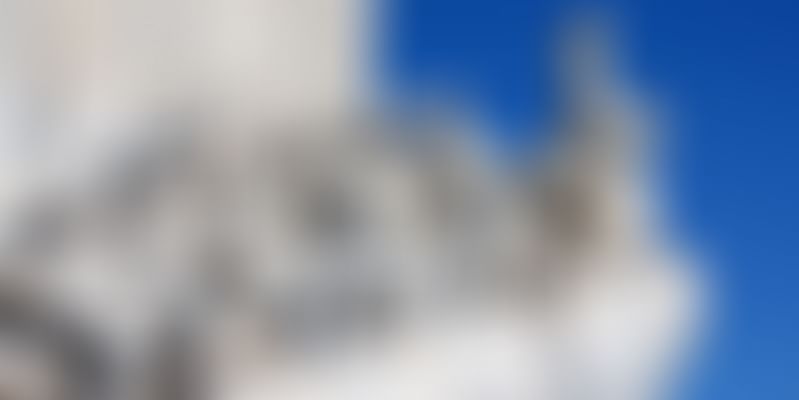 In the last few years, Europe has not been under the spotlight as far as innovation in the world is concerned. Since 2008, the global financial crisis has ripped the attention on the headlines about the Old Continent. This has popularised the opinion that “Europe is dying.” The Continent has been bogged down by unemployment, monetary crisis, political fragmentation, deadlock of social systems, and so on.

As for the startup economy, however, it has been too easily assumed that the trend has followed the same downward line. Only recently, the ‘Europe-is-not-only-Skype-and-Spotify’ view is showing that the scene is way more complex.

The leading impression for quite some time was that the gloomy background of the dot com bubble shortly followed by the financial crisis have restrained investments and spread suspicion about entrepreneurship. This has prevented the creation of networks, co-working spaces, accelerators, and incubators resulting in a vicious circle that halted the establishment of a “startup mentality” and demotivated potential entrepreneurs.

Yet, a conspicuous number of very successful startups (for an exhaustive list check the startuphubs website), have shown that if there is something missing, it definitely was not entrepreneurial motivation. Some have argued that it was precisely this restrictive economic situation that has encouraged creativity and entrepreneurship.

While it is over optimistic to state that the global economic downturn has boosted European entrepreneurship, it is likewise safe to say that it has not been a complete disaster. This is the case particularly in countries not traditionally known for their entrepreneurial spirit, particularly in south and east Europe.

In an interview in the Wall Street Journal Sindhu Joseph, Chief Executive of Barcelona-based startup CogniCor, argues that “Before the crisis it [Spain] was a very closed world [...][??] Spaniards are now more open to the rest of the world, to what other people are doing.” Whereas Marcel Rafart, General Partner of Nauta Capital VC Partners SGECR SA, says that, “One of the many consequences of the [...] real-estate bubble and the huge crisis of the Spanish economy is that those banks, insurance companies, and family offices are desperately looking for options in which to invest. It is not that they love venture capital, but at least they are testing it.”

Some argue that in other countries where investments remain very low, restrictions brought about by the financial crisis have encouraged entrepreneurship. For example, despite the great struggle in scaling up, Portugal and Cyprus have seen a rise in the number of startups, the former especially in the science and technology sector.

Overall, it seems that the financial crisis has not represented a significant setback for existing businesses in the early stage. A study by Queensland University of Technology has concluded that immediate tasks -- not macroeconomic fluctuations -- remained by far their main concerns, chiefly because most of them did not rely on debt funding.

Romania is a good example of how the crisis has not frozen entrepreneurship: despite the financial slowdown, in 2013, its economy has grown faster than most of the other EU members and Bucharest figured in the top 10 European hubs which attracted highest investments in 2014.

Not all about crisis

Beside the crisis, what has defined the current startup scene in Europe has been -- quite obviously -- a more complex set of factors, starting from the origin of investments.

The capital boost came primarily from across the Atlantic. The US has carried out majority of late rounds and acquisitions in Europe so far. According to a study by Garret Black and Dan Cook, since 2009, US investors have increasingly been interested in European startups, especially in the scaling up process. This trend has reached its peak in 2014 with $4.8 billion of capital invested.

For its part, the European Commission has tried to expand its presence in the entrepreneurial scene of its territory to promote a world class ecosystem. One of the main points in the Entrepreneurship Action Plan 2020 is the implementation of an efficient digital, single market for businesses and consumers.

In 2013, then European Commissioner for Digital Agenda Neelie Kroes invited nine of the most successful entrepreneurs in Europe (Tuenti, Spotify, Rovio, HackFwd, TechCity, Seed Camp, The Next Web, and Atomico) to join the Startup Europe Leaders Club and write a startup manifesto which highlighted the necessary steps to strengthen the ecosystem.

The document includes 22 points which, according to the authors, “can give European businesses the best chance of future success” and whose progresses can be tracked separately for every EU member.

According to the EU-sponsored startuphubs.eu, so far these efforts have created 3.05 million jobs.

Things seem to be better now for startups in the European Union (EU). According to a report by Jaime Novoa, the first quarter of 2016 with a total capital investment of $24 billion, 179 total exits, more than half of the startups operate in international markets. Also, European investors in the EU have recently been less shy and compete more with their US counterpart.

Yet, the big question often unwillingly asked is regarding Europe’s inability to produce the next Amazon and Facebook. Expectedly, this has created a big debate and each answer to this query has produced further discussions.

Many underline that the comparison between the two is not because the EU is not a country but a Continent. Its multiplicity of languages, laws, bureaucracies, and cultures has prevented the establishment of a single economy; while movement -- especially of a skilled workforce -- is still very restricted.

Others argue that the EU is misunderstanding its own situation by focussing excessively on promoting the emergence of startups. They claim that Europe’s lower competitiveness with the US does not derive from the inability to establish new businesses, but rather from their inability to grow beyond certain stages.

Also, there are some who point out that comparing Europe with the US is too restrictive. For decades now, the competition has no longer been within the West, but among players around the world. In this scenario, revenues, funding, and deals are not the main parameters of success, which is rather measured in cultural value creation.

Finally, there is who argues that the US-EU comparison is pointless because the ecosystems are different and behave accordingly. In any case, the quite familiar rumour that Europe is dead is very easy to believe because the economic crisis has unveiled every possible political and economic fragmentation within the EU. But nothing is as simple as it first sounds and even in the Old Continent there is something exciting to expect.