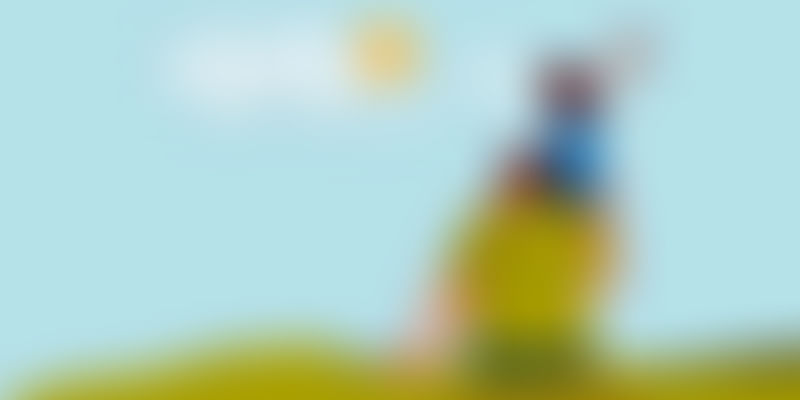 Boys want to follow in their father’s footsteps and girls always look for their father in their husbands– an old saying that has been repeated over the generations. Fathers have been models that children have looked up to emulate for generations. In today’s world, while we are talking about men as feminists and equal work and equal pay and responsibilities, the role of father’s has become crucial in the development of children.

This father’s day, we celebrate some fathers who have been role models to not just their own children but leaders, sportsmen, actors and entrepreneurs who have inspired the masses. They have been hands on parent and a strong pillar of support to their children.

Mark Zuckerberg, the Founder and CEO of Facebook, took two months off from work to spend time with his daughter, Max, who was born in December last year. In the wake of this came the news that all male employees at Facebook could avail four months of paternity leave.

Mark was a happy dad posting pictures of himself changing diapers.

Max’s birth also saw Mark’s announcement that he would be giving 99 percent of his shared shares, currently worth $45 billion, to start the Chan Zuckerberg Initiative, which will focus on issues such as personalised learning, curing disease, connecting people and building strong communities.

The announcement came through an open letter that Mark and his wife, Priscilla, addressed to their daughter and posted on Facebook. The letter talks about the various issues Max will face and what her parents are doing to build a better world for their daughter. The latter part of the letter showcases Mark not as a CEO but as a father, excited and looking forward to his paternal responsibilities.

This new dad has been a great example for father’s across the globe, especially other CEO’s and entrepreneurs.

"Our politics have conspired to make it as easy as possible for a terrorist or even just a disturbed individual to buy extraordinarily powerful weapons, and they can do so legally," Obama said after meeting families of the 49 victims of the Orlando shooting and speaking in favour of gun control. This is not just his stand as a world leader, but also a father who understands the pain that the loss of a child will cause.

A world leader, and a loving father, Obama has often spoken about how being a President has given him more opportunities to spend time with his two daughters, Malia and Sasha.

Barack Obama recently attended his Daughter Malia’s graduation ceremony at Sidwell Friends School. He refused to give the commencement speech because he felt he may get emotional as he said in interviews. In fact, he wore dark glasses to the event.

The President is one emotional and loving parent, a cool dad, and a world leader all rolled into one.

When Prince William went to pick up his new born child from the hospital, he ensured that he carried a car seat to keep his precious bundle of joy safe. Prince William has been a model father, loving, caring and protective of his two children, Prince George, who will soon turn three, and Princess Charolette, who turned one last month.

As a father, he has taken a very strong stand against cyberbullying and is convening a Royal Foundation Cyberbullying Task Force to address the issue. He is worried about his own children being targets of cyberbullying later in life.

He also made a point with his appearance on the cover of Attitude, one of U.K.'s leading gay magazine, by lobbying against homophobia and prejudice. This royal parent is keeping up with the times and envisaging the challenges his children may face in future and is taking measures to provide for them. Isn’t that cool?

Another inspirational dad is Narayan Murthy’s, the Co-founder of Infosys. The excerpt below from a letter he wrote to his daughter Akshata shows the caring, and loving father who has valued and loved his children and family.

“Becoming a father transformed me in ways that I could never have thought possible. I could never go back to being the person I used to be before. Your arrival in my life brought unimaginable joy and a larger responsibility. I was no more just a husband, a son, or a promising employee of a fast-growing company. I was a father, who had to measure up to the expectations his daughter would have of him at every stage of her life.”

Cristiano Ronaldo, a Portuguese footballer who plays for the Spanish club the Real Madrid, became a father in 2010. Though he has full custody of his son, Cristiano Jr, he has never publicly revealed the identity of his son's mother.

Though he wants his son to be a footballer like him, he wants Junior to follow his heart. Cristiano Jr is the centre of Ronaldo’s universe. A movie on Ronaldo’s life shows the footballer with his son. The father-son due share a strong bond and Ronaldo proudly wears his heart on his sleeves when it comes to his love for his son.

The much loved Indian cricketer, Sachin Tendulkar is the father of Sara, born in 1997, and Arjun, born in 1999. Sachin has been the golden boy of cricket and literally revered by millions of cricket fans across the globe. A soft spoken and humble Sachin has been a hero to not only the masses but his own children.

His son is walking in his footsteps and is a left handed batsman and left arm seamer. Sachin was looking forward to spending more time with his children after his retirement from cricket.

Brad Pitt and his wife Angelina Jolie are parents to Maddox, Pax, Zahara, Shiloh, and twins Knox and Vivienne.

He has been a role model for dads across the globe, hanging out with his kids, travelling with them. In the multiple interviews he has given about his children and family, he has admitted that his kids are very important to him and he is protective about them.

Even though he is a popular movie star, Brad does do normal things most parents do like putting his children to bed or getting them to brush their teeth or play with them.

Justin Trudeau is a father of three children Xavier James, born in 2007; Ella-Grace Margaret, born in 2009; and Hadrian Grégoire, born in 2014. As the leader of the Liberal Party and the PM of Canada, Justin has been hailed as one of the leaders to emulate. With a mixed cabinet at the Canada and Trudeau’s stand on many social issues and feminism has made him a very popular.

On his visit to US after taking his office, he took his children on the trip and deboarded the plan with the youngest one in his arm. A politician carrying a child on his official visit, Justin showed that family and official responsibilities can go hand in hand and one have to make them for both.

Mahendra Singh Dhoni (also known as Captain Cool), the captain of the Indian Cricket Team, has been very happy to have his daughter Ziva tour with her father during his matches across the country. Dhoni’s wife Sakshi had shared some pictures of the daddy and daughter spending time together and the father-daughter duo look happy and adorable.

Dhoni also went on a long break from Cricket last year to spend time with his daughter. “Don’t think my daughter still recognises me. I will make my daughter feel that I am her dad and spent time with family,” he had told the media.

This father and cricketer is truly a champion on the field and off it too!

Australian actor, producer and musician, Hugh Jackman and his wife adopted two kids, Oscar and Ava. In an interview that he gave to a magazine, he spoke about how he was constantly teaching his children about respect and gratitude and was going to be tough on them to keep their life as down to earth as possible.

Pictures of him on social media dropping off his daughter to school and spending time with the children on family vacations show that he takes a keen interest in their lives and is a devoted father who loves spending time with his kids.

Hats off to these leaders for leading by example and to millions and millions of fathers across the world who are fighting to keep their children safe and create a better world and a future for them.

In the comments section below tell us how your father has inspired you.