Finance and technology - a tango over the decades 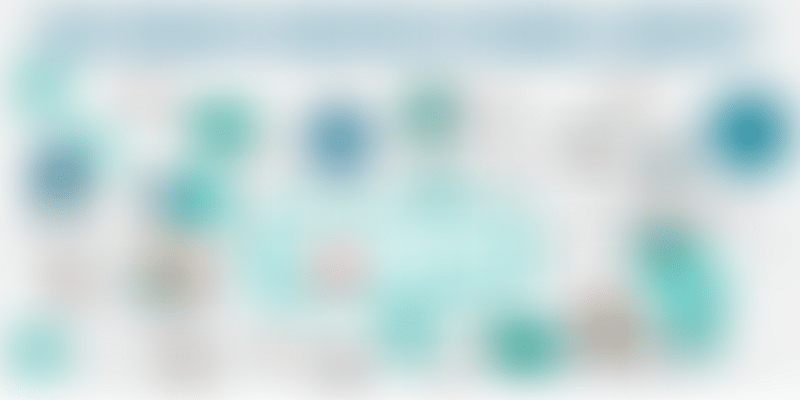 The month is beginning and you’re eagerly awaiting that ping, which announces your salary has been credited. By the fifth of the month, you’re busy in a meeting and a small ping notifies you that the EMI amount has been debited from your savings account and has been credited into your loan or credit card account.

Without even realising it, the way we deal with money and transactions has drastically changed. Bank transfers, credit card payments, loan clearances and bill payments, today, everything has gone online. Technology has been disrupting different aspects of the financial landscape long before we realised it.

Fintech can broadly be defined as technology that disrupts the financial landscape. Technology has transformed the face of banking, now it is more about value added services and the way these services are provided. The main focus is how financial transactions and services are made easier for the end consumer.

“The current finance landscape is witnessing a tectonic shift. In India, the financial services sector has been an important contributor to the overall GDP, accounting for a nearly 6 percent share in 2014-15,” says Rahul Sanklecha, AVP, Credit and Operations LendingKart.

According to a joint report by KPMG-Confederation of Indian Industry (CII), India is estimated to become the fifth-largest banking sector, globally, by 2020. The report also expects bank credit to grow at a CAGR of 17 percent in the medium term leading to better credit penetration.

Moving to the world of digitisation

Today, there is an increased focus on how technology can be used to enable digitisation. There is also a growing push for inclusion, where the focus is on getting people to open bank accounts and open them to the world of other financial services.

The advent of the smart phone and the mobile era has given birth to several disruptions in financial services by startups. Today, there in more potential in this space in India itself; you can see the impact created by the first wave of startups – Paytm, Mobikwik, and Razorpay.

With the Digital India movement, Aadhaar, and India Stack, we have the opportunity to create new products that will have a much deeper and transformational impact in India, and eventually, the world.

What makes this transition easier?

Ravi Narayan, Global Director, Microsoft Accelerator, says, “With BFSI companies, worldwide, looking to bring new innovations to their business, this is a great time for entrepreneurs to be in the fintech space.”

The Indian financial landscape has actually made things much easier for the end consumer. Sharad Sharma, Co-founder and Governing Council Member, iSPIRIT, adds that if we are to become a digital economy, there needs to be choice for the end consumer to avoid the transaction processing fee for Visa and Mastercard. As an alternative, there is the Immediate Payment Switch (IMPS).

Money therefore can be transferred via the Visa or Mastercard network or sent via IMPS. “IMPS has gone on to become more successful than Visa and Mastercard. It is a fixed transaction and cheaper,” adds Sharad.

If you take the example of personalised banking, from having a personal manager, today, the scenario is more about having a personalised view on the app. However, the core banking system has been the same for the past two decades, which includes the centralisation of all the branches of a bank. This has helped create more services and also reduced incidents of fraud.

There are several aspects of the way processes are being done and how that has transformed. Citing an example, Sharad says that generally, when you have to open a bank or mutual fund account, the officer who is opening the account would need to identify you in person.

The Aadhar card allows you to replace IPV (in-person verification), with a unique identification number that helps you prove that you exist as a human being without having to go to a bank to open your account. Various aspects like document verification, credit score checking, document submission have all gone paperless. Change many believe isn’t because of technology alone, it is also because of the newer models that have emerged.

Today, according to Nandan Nilekani, former Chairman UIDAI, there are 250 million Aadhaar payment bank accounts, making 1.2 billion transactions a year with around 77,000 micro ATMs in the country.

“There is a sea of difference between the technological infrastructure in the US and in India. This is fundamentally because, their companies invested in technology in the 80s and 90s. Whereas, in India, banks made their investments in technology in the 2000s,” says Aditya Mishra, Founder and CEO SwitchME.

The regulators in India are proactive. Aditya believes that most banks in India moved to core banking after regulatory demands, and NEFT transfers here are unique to the Indian landscape as well. This even holds true to cross compatibility of the ATMs.

“The RBI has 20 years of history of being ahead of the world,” adds Aditya.

Today, individuals have better access to their financial information; they can transfer and borrow money online and make investments, which, until a few years ago, was a distant dream. The corporate banking segment has gone completely paperless.

When the RBI came out with its draft regulations in 2014, telecom operators, supermarkets chains, electronic wallets, and prepaid instruments players could open payment banks to accept deposits, for basic savings, and to provide remittance service for millions who were excluded from the digital financial system.

These payment banks can issue ATM-cum-debit cards to access funds, but are restricted to holding a maximum balance of Rs.1,00,000 per individual customer. The payment banks platform can also be leveraged to distribute simple financial products like mutual funds and insurances, but such entities are prohibited from providing loans.

The transactions volume via m-wallet had seen close to 3x growth, clocking over Rs. 2,700 crore, by 2014 according to CRISIL. And payment banks appears to be in the best interest of wallet operators in India to enable the mobile economy by allowing anyone with a mobile phone to pay, buy, bank, and remit money. This made it easier for wallet startups like Paytm, MobiKwik, and Oxygen.

More recently, the RBI is also looking to regulate the P2P lending platforms and getting them to register as NBFCs (non-banking financial corporations).

Not only have the regulations made it easier for startups to build platforms and disrupt the space, The National Payment Corporation of India (NPCI) is launching UPIs, making the process of payment simpler. A customer is no longer required to give their personal credentials like account details, or security pins.

UPIs, with their mobile-first payments design, have moved towards interoperable and instant payments. The interface allows customers to make payments through a single identifier like Aadhaar number or virtual address.

“To further improve the landscape, the Government of India has introduced various measures to facilitate easy access to finance for SMEs and MSMEs. They are also investing to improve banking systems, payments, etc,” adds Rahul.

With lending becoming a major segment that startups are eyeing, several players are looking at the credit rating system and wondering if there can be a way that the credit worthiness of an individual be rated in a way other than the traditional CIBIL score.

The regulators state that insurance firms either represent the companies or mutual funds or represent the customer. There are players like PolicyBazaar that work on an aggregator model, and others like Coverfox that work as advisors and go beyond being calculators.

“If you take the P2P space as an example, the model in itself is a disrupter in the finance space and technology smoothens the way the process is done. They, therefore, needed to be looked at as a whole, rather than just as technology,” says Aditya.

A sneak peek into the global transitions

The last big cycle of innovation happened during the dotcom boom. One of the notable fintech startups of the time was Indiabulls, which started out as an e-brokerage firm and today works as a large NBFC.

The other one was India Infoline, which went on to become an NBFC, from an aggregator and then there was Avendus, which was an investment bank. They have the largest marketshare for Series B and Series C funds. They had started with equity-based crowd funding, but then they moved to investment banking.

However, in India, unlike the US, things aren’t as aggregated. While there are groups like ICICI, HDFC, and SBI, which have investments in insurance, brokerage, and other verticals, unlike their US counterparts, they aren’t 100 percent subsidiaries. ICICI Prudential, for example is a joint ventures.

“The payment wallets have a large user base. There are companies that are getting people to use the money in the wallet, like Paytm; another example is Snapdeal’s Freecharge,” says Aditya. In the B2B segment, there is Chillr by HDFC, and Instamojo, which helps people sell online and collect cash for their transactions. The platform make money on margins in this scenario.

While there are several innovations and changes happening in the financial space thanks to technology, we, however, have a long way to go, when we compare these to innovations in the West.

The UK payments council states that contactless payments have taken over cash. The report said that there were more than a billion contactless transactions carried out in 2015 alone. Compared to these figures, the scenario in India is only the tip of the iceberg.