Four years and five shutdowns later, a walk through the failed experiments at Flipkart 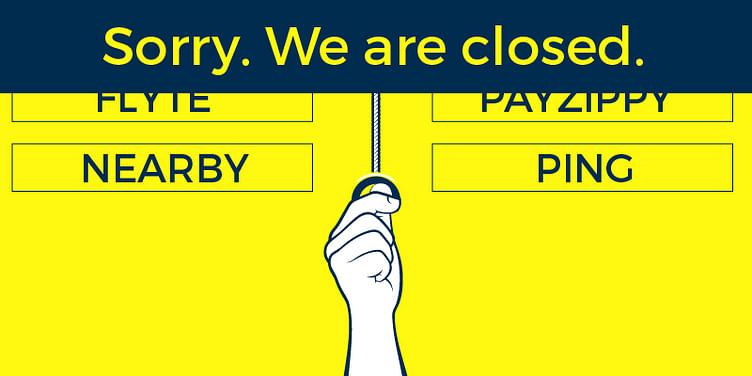 News has been abuzz with e-commerce unicorn Flipkart shutting down its peer-to-peer chat feature ‘Ping’ in less than a year since its launch. Flipkart is also ceasing the image search feature which allowed users to browse for products, based on similar images they upload. Despite being an invite-only feature, Flipkart had claimed, 2.5 million users had downloaded it within 10 days of its launch. But the effort to bring in an element of social commerce has now given way to a new feature – ‘user to seller’ chat feature on its platform, which will allow customers to interact and chat with sellers and customer care executives.

This is not the first time Flipkart is halting a feature – their online grocery service was declared shut after a short life of five months, in February. Before that too, India’s largest online marketplace has had some misses alongside its many hits.

Towards the end of last year, e-books sale was also stopped by the online marketplace, which began as an online seller of books in 2007.

Since 2012, Flipkart has seen five of their services shut down – most of them in a year since launch. (This is excluding the 2012 shutdown of online electronics store LetsBuy which Flipkart had acquired a few months previously, to integrate it into its own platform.)

Flipkart’s attempt at payment gateway business – Payzippy – had aimed to compete against CCAvenue and Paytm. Despite partnering with the likes of BlueStone and Yepme, Payzippy failed to make a mark, and shut down in 13 months, following which Flipkart made a strategic investment in mobile payment company Ngpay.

Going back to the basics

The key to success for any business is how well you understand your customer. Flipkart ex-CPO Punit Soni, who introduced the Ping feature, seemed to have missed the fact that the feature – which can be used between two peers only if both of them have installed the Flipkart app – is way too manipulative to get great response from the customers.

Flyte, their music download feature, would have had a decent longevity if music piracy was a thing of the past. Flipkart’s online grocery experiment ‘Nearby’ would have had a better chance of survival if the logistics structure was anywhere similar to Flipkart’s normal delivery, or if Bengaluru – where they piloted – was not already the comfort zone of the sector leaders Big Basket and Grofers.

However, Flipkart had announced that they will use the learning from the experiment for their efforts in logistics later on.

Things do not seem to be flowing smoothly at Flipkart in general these days. The year has already seen top leadership changes, and a double devaluation (by Morgan Stanley and T Rowe Price in February and May respectively). Since Binny Bansal replaced his Co-founder Sachin Bansal as CEO at the beginning of the year, Mukesh Bansal, Chairman of Myntra and Head of Commerce at Flipkart, left the company along with Chief Business Officer Ankit Nagori.

Flipkart soon saw Manish Maheshwari, who was heading the seller business, leaving to take over as CEO of Network 18. After months of rumours, their Chief Product Officer Punit Soni also left Flipkart in April. Former Google executive Surojit Chatterjee took over the position. Add to this the current issue with their sellers due to increase in commission and modified return policies.

The recent controversy about deferring placements for IIM-A students did nothing to help its image. On the other hand, their largest competitor Amazon is pouring in $3 billion in investment, which makes a total $5 billion in the Indian arm of the US giant. Add to this more players like TatacliQ coming up in the sector.

Despite having more than $3 billion funding, Flipkart is facing an investment crunch. Although e-commerce is yet to make profit in India, Flipkart’s logistics arm Ekart seems to be taking some steps in that direction – by catering to offline players as well as other marketplaces such as Jabong and ShopClues.

However, the core business is going through its toughest phase so far. Are these shutdowns a sign of restructuring? If it is, it may not be discounts and sellers, but customer satisfaction that Flipkart is focusing on, and rightly so.