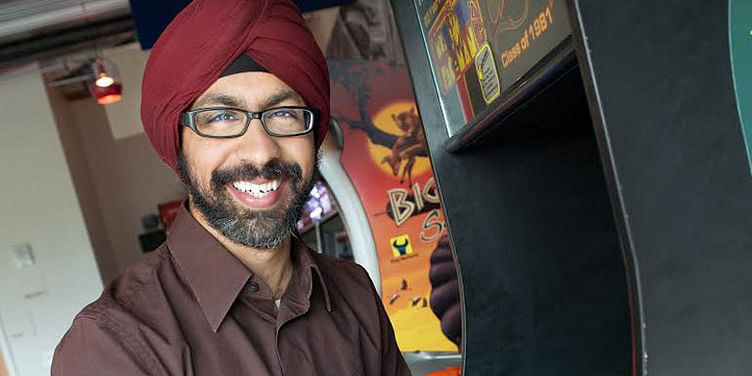 Just four months into 2016 and Indian e-commerce giant Flipkart has already seen a handful of its top names leaving. The latest in the list is Punit Soni, Flipkart’s Chief Product Officer, who was hired a year ago. Flipkart has confirmed the news to YourStory.

Rumoured to have been offered a salary of Silicon Valley standards at Flipkart, Punit left Motorola, where he was Vice President, to join the e-commerce major in March 2015. He was formerly Product Management Executive at Google. His tenure at Flipkart (reportedly) ends on Friday.

Punit is an engineering graduate from NIT-Kurukshetra, and holds a master degree in Electrical Engineering from the University of Wyoming. He also did his MBA from The Wharton School at the University of Pennsylvania. At Flipkart, he brought more focus on their app. Although there were rumours of Flipkart going app-only, which was widely considered as the brain child of Punit, the company still has a strong web focus.

Although the formal announcement has come only now, many in Flipkart say that Punit has been effectively out for last three months. A source with direct knowledge of the developments said, on condition of anonymity, that Punit was made to leave because he was not able to work with the system. “Google is a product-organisation. They have a product focused mindset and give you leeway in terms of what you want to do with the product. But Flipkart is in commerce and wants to see quick turnout, like many other Indian companies. It’s not an R&D organisation where you continue to do research on the product,” this source said. Flipkart, however, has not given any reasons for this latest exit.

According to this person, Punit was finding it difficult was feeling constrained by the many entrenched seniors and stakeholders. He added others also started feeling that he was not as effective as what they thought he would be.

Once they decided that this was probably not going to work, another Google-hire Surojit Chatterjee, who came in after Punit, took over [unofficially]. “They have not given him the CPO title per se, but he is going to manage all the product-related initiatives. This was announced even before Mukesh and Ankit quit,” the above-mentioned source said.

The Bengaluru-based company has seen a number of management rejigs over the last couple of years. However, the biggest announcement came in January when Binny Bansal took over as CEO from Sachin Bansal, who became Executive Chairman. Sachin now plays a more strategic role, and Binny focuses on running the company that is in a Mexican standoff with Amazon and Snapdeal.

Two more exits happened in Flipkart in no time. A month after Sachin stepped down, Mukesh Bansal, Chairman of Myntra and Head of Commerce at Flipkart, left the company along with Chief Business Officer Ankit Nagori. Although they had considered setting up separate startups, a month later they announced a venture in healthcare together. In March, Mukesh invested in a fitness-focused startup Cult.

A few days ago, Flipkart saw Manish Maheshwari - who was heading seller business - leave, to take over as CEO of Network 18. Industry sources had speculated the exit months before it was made public. Same is the case with Punit Soni, although Flipkart kept denying the rumours.

Do these exits mean damage control? Are these high profile recruits being made to leave? Flipkart is definitely restructuring itself. With their latest acquisition – of PhonePe, a payments startup founded by ex-Flipkart executives Sameer Nigam and Rahul Chari – Flipkart seems to be calling back its earlier team. It fact, PhonePe was acquired in under six months of the duo leaving Flipkart. YourStory sources say other former senior executives - Flipkart's trusted battle-scarred veterans who were part of the building up phase - are also being wooed.

However, Indian startups have had a fascination for the product talent in Silicon Valley and that is unlikely to change (consider Surojit Chatterjee, another ex-Googler taking on Punit’s responsibilities). But culturally Indian companies work very differently compared to the Silicon Valley ones.

It is undeniable that powerful strategies and implementation is the way to grow in any business. With the recent valuation markdown by Morgan Stanley, it is no surprise that Flipkart is picky about its performers. Now the question is - four down, how many more to go?