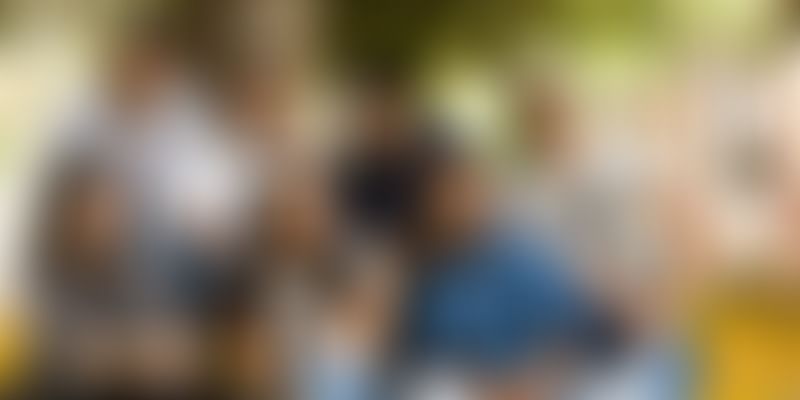 “There is a food truck and you must try their fries. They simply are monstrous and delicious. I think they’re open today, but I just don’t know what time though,” said a rather enthusiastic friend of mine. There is generally something quintessentially nice and endearing about street food, and every city has their must visit street food joints. However, it takes a several hours before you figure out where to go, what time to be there, and what to eat.

It was looking at this problem that Chaitra Bharadwaj started GullyFood. It is a platform that curates and showcases the best street food joints in town. It allows users to search their preferred menu, location, name of the joint or timings.

“We have also simplified food categorisations into ‘Hotspot’, ‘Coldspot’ and ‘Sweetspot’ for all things spicy, juicy, and sweet, respectively, which makes it a lot easier for the user to search by his/her preference,” says 29-year-old Chaitra. Prior to starting up, Chaitra worked as a tax advisor for a leading consulting firms in Bengaluru and had completed her CA course at The Institute of Chartered Accountants of India.

For Chaitra the ‘street-food’ experience was part of her growing up years. While she had her fair share of food at swanky joints, they nevertheless had their favourite street food joints. She also realised that these food joints were limited to local neighbourhoods. As soon as they stepped into a new area, they didn’t know anything about the local street food culture.

More so, this was clearly a problem when we travelled to new cities. Unless we knew a few ‘locals’ in the area, it was next to impossible to know what are best street food joints in town,” says Chaitra.

Discussing this idea with her techie cousin Gaurav Ranebennur, the duo decided to build GullyFood. Although the idea of GullyFood was conceptualised three years back, they started work on the platform last year and launched it in March this year. Gaurav previously worked as a software engineer for one of the leading tech companies in Bengaluru.

Breaking through the clutter

The online classifieds segment isn’t new, especially in the food business. Today, the foodtech, food delivery, and food classifieds business is already saturated with several players like Inner Chef, FreshMenu, Eat Fresh, Swiggy, Zomato and the list is simply endless. Yet, Chaitra explains that they are different. While Chaitra agrees that these platforms too have listings of food trucks and street food joints, she adds that these get lost in the abyss of fine dining restaurants.

The technological development of the platform has been outsourced to a third-party service provider. The core team today is made of foodies and photographers who help expand the data. Since its launch, the platform has introduced a ‘must try’ segment, based on the feedback from vendors and users.

The platform also gives a background about the place, tips like parking problems, holidays to watch out for, menu level searching, where the user can search by the menu (for example, Bhel Puri) and search result throws up any restaurant with Bhel Puri on the must try menu. The team already claims to have covered 180 food joints in Benglauru, 100 in Delhi, 100 in Lucknow, 25 in Hubli, 50 in Goa, and 75 in Ahmedabad. The team plans to expand their presence to 20 more cities by end of September 2016.

One of the biggest challenges for the team was quitting their cushy jobs and walking down different streets and talking to vendors.

No, we aren’t competing with you

Once the duo started talking to the vendors and convincing them of the idea, they realised this is what they wanted to do. “Once we got to executing our idea, we started out by building a network of local foodies who could constantly update us on what is good and where,” explains Chaitra.

However, most of the vendors weren’t tech savvy and didn’t believe the internet could help them. When they first approached the vendors asking those details of their joint and wanting to click pictures, they seemed hesitant.

“Some doubted our intentions while some even thought we were competition. Convincing them that GullyFood would do their business no harm was no easy task,” says Chaitra. GullyFood has over 1,000 downloads on the Play Store with a 4.9 rating. The user reviews on the app are mostly good.

The team claims that they are growing at an average of 200 downloads per week. There are other similar international apps like Eat St, which curates street food in America and London’s Best Coffee. There also is the more recently launched Samoza, which again curates street food in Bengaluru. However, the UI experiences between the two apps are strikingly different.

As per the 2015 FICCI and Grant Thornton report on the Indian Food & Beverages industry, the Indian market is dominated by the unorganised food sector – retaining over 60 percent of the market share. The report also finds that the majority of Indian consumption of fast food is driven by people aged between 18 and 40 years.

Looking at these numbers Chaitra says, “For the ever-growing migrant population that prefers quick service and casual eating joints, we offer a one-stop shop repository. We focus and highlight vendors who are not so prominent. Our aim to help such smaller vendors sustain their business in wake of heavy competition, by highlighting them. When more people know about them, their business is bound to grow.”

They plan to make GullyFood into a socialising app for foodies, where users can search, discover, and share experiences about their favourite street food joints.