How humility can be an unfair advantage in the startup world 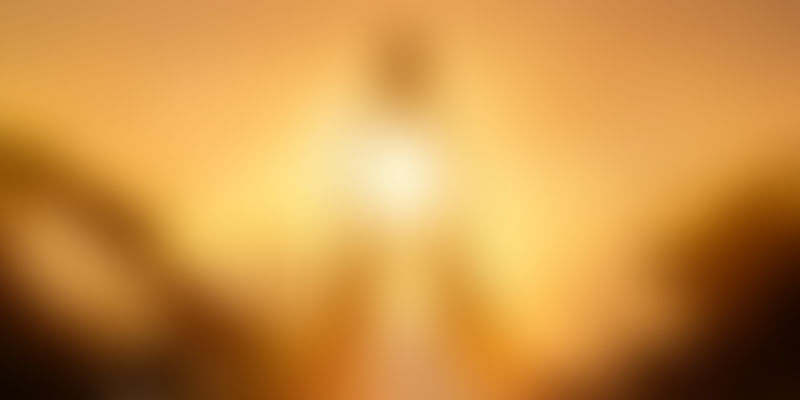 During my research on the VC emotional cycle, I came across several posts and threads trying to teach entrepreneurs on how to use FOMO (Fear of missing out) to generate investor interest. While most such posts and threads never directly encourage bad behaviour, it brought back vivid recollections of some of the choicest encounters I have had with entrepreneurs and other investors.

A lot of entrepreneurs seemed to have bought into the idea that they can hustle their way towards the closure of a deal by manipulating a VC’s intent through their words and actions.

This post is a throwback to a few examples of such encounters and the undesirable outcomes they create.

During a pitch meeting last year, I questioned the founder on the likelihood of the target audience adopting his solution. For some reason, he responded to this question by letting me know that he knew the partners at all large VC funds on a first-name basis. (In most cases, such claims tend to be bogus, to the extent that the said partner has never even heard of the founder or his company).

In what I thought was a demonstration of my patience, I repeated my question, verbatim. For my effort, I received a lecture on how VCs needed to support business models that were original and disruptive.

He could not have made it simpler for me to (eventually) say No to him.

Because by ignoring my question, he demonstrated that he neither had an answer to my question, nor did he have the humility to accept that fact.

No VC wants to work with an entrepreneur who does not have the humility to accept and improve upon what is not good.

Entrepreneurs aren’t the only ones with Wannabe Elitists in their midst though. At a startup networking event, I walked up to a gentleman, introduced myself, and requested his credentials.

His response was: “I am an Angel Investor.” Period. (No names or organisation details were forthcoming.)

I then asked him which companies he had invested in. He answered rather sheepishly that he had not yet made an angel investment, but was “eager” to invest. In what was perhaps injudicious on my part, I congratulated him in advance for when he would become an angel investor.

Both these examples reminded me of one of my favourite quotes by the author Ayn Rand in Atlas Shrugged,

We can ignore reality, but we cannot ignore the consequences of ignoring reality.

A few months ago, we invited a pitch from a company that operated in a highly crowded space (By most accounts, most spaces are overcrowded these days). One of the founders of this company also held a very senior position at a startup that has always managed to be in the news.

When we asked him how his firm would stand out against the over-funded competitors, he laughed and told us that he had “created” a “team of over 1,000 employees” at his previous firm and knew “how to build a business”.

Perhaps he had not heard that the “team” he had “created” was a tiny fraction of what it was, abandoned by the very individuals who had started the company. Perhaps he was not privy to the opinion that most of the many investors in the company already considered it a write-off.

In our heads, where would such founding teams rank when we compare them to repeat entrepreneurs who have delivered outstanding exits in the past as well as partners and senior leaders of global firms, who, in their pitches to us, have had the humility to acknowledge the uncertainty in the future and the likelihood of failure?

Another pitch was at the coffee shop I frequent the most. The entrepreneur was taking me through his long journey, trying to emphasise how he had learnt how to embrace failure and respect people who struggled to achieve their aspirations.

Right at that moment, we were being served coffee and biscuits by a waiter who knows me well by now. For some inexplicable reason, and to my great disgust, the entrepreneur began mocking the waiter’s accent by loudly repeating “Biscoot” again and again. He broke out into a hearty laugh over what he had just done.

I tried my best to hide the fierce scowl that wanted to reveal itself. I am not sure if I was successful. The waiter was from a small village in Orissa and always insisted on speaking in English to improve through practice, even when Hindi would have been the easier option. After the meeting, he asked me why I had to meet such rude people. I couldn’t find a convincing answer.

So much for the entrepreneur who respected everyone’s struggles and aspirations.

But why would such a show of rudeness be a deal breaker?

Apart from the fact that conversational decorum and politeness are now considered hygiene for anyone’s likability (and not just the likability of an entrepreneur), let us think about the startup’s early hires.

Employees who join a startup during its early days invariably do so at salaries that are significantly below market standards, and need to be provided with enough non-monetary “feel good” factors to stick around, a fact that startup founders would do well to constantly remind themselves of.

Entrepreneurs who tend to treat people “below” them in a condescending manner will most certainly not be able to attract or retain the best talent, and that makes them unworthy as investment prospects.

Is there any evidence to support the assertion that the best entrepreneurs stay grounded?

Two recent personal experiences make me believe that the answer is an emphatic Yes.

To appreciate why I was so taken aback by these two displays of politeness and humility, here is the complete perspective:

I am convinced now that their extraordinary success did not happen in spite of their humility, but because of it.

In fact, over time, I have observed that humility is the essential hallmark of the best entrepreneurs. The ones who are the most likely to appreciate the value of feedback, recognise the uncertainty of future challenges, and who are capable of building a work environment that values respect and empathy.

If you are an entrepreneur looking for an unfair advantage that puts you in the league of the best, give humility a chance.

You might be surprised by how badass it is.