How IBM is looking to wow the developer community in India 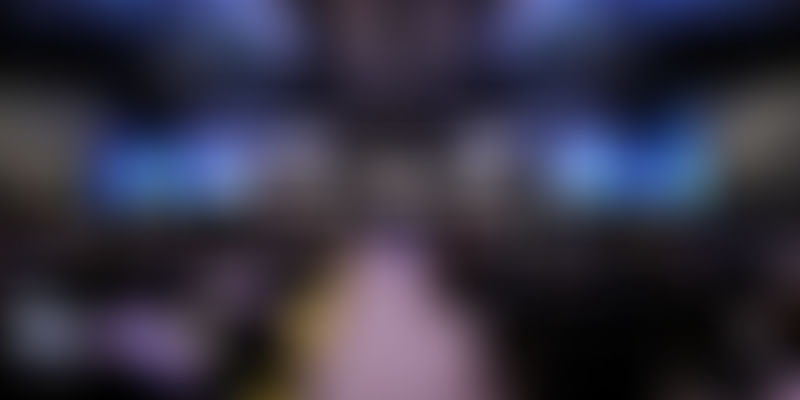 Furthering its resolve towards building a strong and close-knit developer community around cloud and emerging technologies, IBM launched new global programmes and tools designed to propel developers’ skills and advance their careers at the IBM DeveloperConnect in Bengaluru on Friday.

“The world will be re-written in code and much of it will be done right here in India,” Vanitha Narayanan, Managing Director, IBM India Private Limited, said in a press release, adding, “Developers are an integral part of a new India that is underpinned by digital transformation. IBM’s leading capabilities in Watson, IoT, cloud, mobile and blockchain will help developers innovate and succeed. At IBM, we are committed to investing in this ecosystem and will continue to collaborate with developers for a progressive India.”

The day-long conference boasted of star speakers like 12-year-old developer and entrepreneur Tanmay Bakshi, , Simon Wheatcroft, an accomplished runner who uses Runkeeper on IBMCloud, Amy Wilkinson, author of The Creator’s Code and Prashant Bhuyan, Co-founder and CEO of startup Alpha Modus among others. More than 10,000 developers attended the conference, in person and through live-streaming.

The key announcement made at the conference were:

This collaboration is targeted at strengthening the developer ecosystem in India. For Coursera’s global Full Stack Web Development course, IBM will support top 20 Indian entrepreneurs who advance to the course’s capstone and use Bluemix to develop their projects. The entrepreneurs will also have the opportunity to join the IBM Global Entrepreneur programme and receive $120,000 per year in IBM Cloud credits.

The company is debuting a beta version of the developerWorks Career Concierge, a Watson-based personalised tool that helps developers progress in their cloud journey, regardless of their starting point. Developers answer a few questions about themselves and the Career Concierge uses the Watson Tradeoff Analytics API on Bluemix to provide a custom set of resources, training materials, code repos and events to help them advance in their careers.

3) The general availability of GitHub Enterprise on Bluemix Dedicated

GitHub Enterprise will now be available as a service on Bluemix Dedicated, IBM's collaborative, cloud-based platform provided in a physically-isolated cloud environment.

To provide an easy entry point into cognitive and help developers infuse Watson capabilities into their apps more seamlessly, the company launched the Watson Developer Cloud Application Starter Kits, which provides code examples based on common use cases.

The announcements made at IBM DeveloperConnect reinforced the initiatives and investments IBM has already made in India, including the IBM Cloud data centre in Chennai.

The total worldwide developer population is expected to exceed 25 million by 2020, with India becoming the world’s largest developer ecosystem by 2018.

To capitalise on this, IBM also launched three digital hubs with NASSCOM to connect Indian developers and startups with local resources and networking opportunities, and has collaborated with developer partners TEXTIENT and InspireOne Technologies to bring cognitive solutions to the Indian market via the IBM Watson Ecosystem.