Here is what a bad boss can teach you 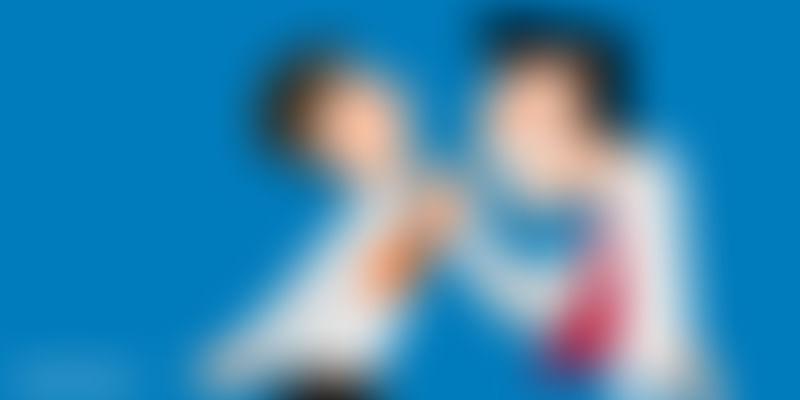 Rude, annoying, controlling, condescending, nasty... do these adjectives best describe your boss? Welcome to the club! We have all, at some point in our careers, had to deal with bad bosses. According to a survey conducted by the American research organisation National Bureau Of Economic Research, 65 per cent of employees were ready to give up a pay hike for a good boss.

It can be stressful, painful and nerve-racking to work under an unpleasant senior. Less than six months into my first job, I was already contemplating handing in my notice, thanks to a not-so-great boss. But it was the words of one of my seniors that made me stick on. “What if your next boss is worse?” he asked, almost startling me with that thought. Now, that was too high a benchmark to meet, I chuckled to myself. “Do not leave an organisation because of one person,” he continued. “You will be surprised how much you will learn from such difficult people.” I laughed his comment off then, but today, after years of having worked with many bad (and a few good) bosses, I know there is some truth to what he said. Most of my professional skills were polished to perfection, thanks to the crazy ways of my bad bosses. I realised I had worked harder and been a self-starter under such bosses and have grown into an independent and fearless professional.

Although it may not be the best experience to have a rather nasty senior breathing down your neck at work, but trust us, this, too, will pass and something good will come out of it. Of course, you will not get what you expect from a good leader or mentor from such bosses. Know that there will be no affirmations, sincere evaluations, constructive feedback, rewards or recognition. But here is what working with a bad boss can teach you.

What are the things you expect your boss to do? Lead you, motivate you and direct your efforts in the most productive way. Now, what if you cannot rely on your senior on any of these fronts? Stop cribbing, pick up the pieces and put them together on your own. A boss who doesn’t motivate or inspire you can make you independent. When you know that you have no one to look up to, you will find alternate ways to get work done. You may find another mentor or start developing a better relationship with your peers. This will shape you into a professional who doesn’t need to be spoon-fed or hand-held.

Surviving a bad boss is almost like living through and emerging unscathed from a personal tragedy. You will develop a thick skin and soon become an expert in crisis management. You will learn how to work under pressure, in a negative, thankless and hostile environment. It will surely test your fortitude levels but keeping your calm in the face of adversity is a good skill to add to your professional armour. Dealing with a bad boss on a daily basis will help you focus despite the many challenges you many encounter. Remember, what doesn’t kill you will make you stronger.

Remember Miranda Priestly, the ice-queen fashion magazine editor that Meryl Streep played in the film The Devil Wears Prada? No one could make her happy, irrespective of their best efforts. She demanded the best, sometimes even the impossible, from her team. Like getting an unpublished Harry Potter manuscript within a few hours? Phew! Although maybe not to such an exaggerated extent, your boss may also put across such impossible demands or targets to meet. Like Andy (the character Anne Hathaway plays) in the film, we also end up becoming the best version of ourselves slowly. We eliminate errors in our work and stay on top of it to avoid the wrath of our bad-mouthed bosses. We learn to adapt to the environment and work with the available resources. And, if your boss is the opposite of Priestly—plain incompetent—still, you can extend your skill set because you will end up being asked to do the work that they cannot.

Much like how you learn what to do from a good boss, you will learn what not to do from a bad boss. You can look up to your boss to see how not to treat people and imbibe some important leadership skills in this process. It is also a good course in dealing with difficult people. By working with an incompetent, manipulative or nasty person all day will help you be better in ‘reading’ people and improve your interpersonal skills. Career strategist and blogger Poppy Ellis asks us to “learn from the mistakes of our bosses”. “By paying attention to what your manager does to rub you the wrong way, you can be more self-aware,” says Poppy. In the future, when you take on as a manager, you will be more empathetic and inspiring towards your team. And, even more you will learn to appreciate a good boss.

We know working with a bad boss is a trial by fire. And, there is no doubt that a good boss is any day better for a happier working space than a bad boss. But there are also examples of bosses like Apple CEO Steve Jobs who was ruthless and were dreaded by employees. However, this also doesn’t mean that you should take unwarranted abuse from your bad boss. Try to learn as much as you can because everyone (even the Minions) can teach you a bit about leadership. And, never forget that even if you may not see it now, even the darkest cloud has a silver lining.