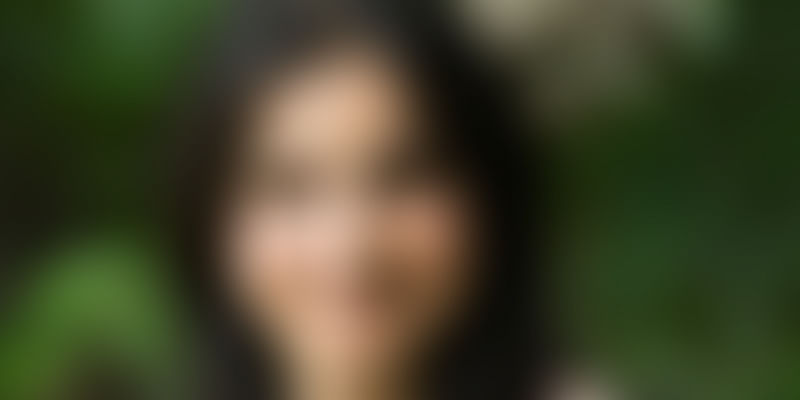 For Mahima Puri, moving out of India was a difficult but life changing decision. But moving out of her comfort zone gave Mahima the confidence and courage to start her own business.

Photomoolah is a crowd-sourced marketplace that connects image buyers to image creators. Every image that gets selected for commercial use gets paid and Photomoolah earns a commission. They work with FMCG giants like Unilever and many advertising agencies.

“Delhi is home, I was born and bought up in a middle-class house. I was always a bright student in school, with special interest in creative arts and debating,” says Mahima.

Studying graphic design was a natural choice for her. After working for an advertising agency in Delhi, she was selected to study at Hyper Island, Manchester. That was a turning point in Mahima’s career and life. Hyper Island played a huge role in shaping her career as she got the opportunity to work with the best minds in the digital marketing industry. Singapore happened by chance when Mahima was roped in by the advertising agency TBWA for a couple of projects. “What happened next was completely unexpected. The startup bug bit me and it’s been more than three years I’ve been living every moment in this beautiful sunny island.”

Mahima is extremely thankful to her family and friends for having faith in her and supporting her in the journey. “Coming from India, it’s not easy for every girl to pursue her dreams but I feel things are changing for good and many more women are running successful businesses.”

She started working on this marketplace platform to make it easier for image buyers to get images. Also, it was a great way for creatives across the globe to monetise their photographs and get recognition for their work. Thus, Photomoolah was born in 2014.

“The company and operations are based out of Singapore and we have a global community of insanely talented creatives.” explains Mahima. Photomoolah is now a growing community of over 1,000 photographers from Asia and Europe.

Photographers of all genres share their images and get rewarded if their image is selected by the image buyers. To keep the community motivated and get quality work, Photomoolah also insists on giving constructing feedback on images that don’t get selected. Working with FMCG clients and advertising agencies, Photomoolah has been profitable from day one.

Photomoolah started with only photographs but they are now taking the lead in new forms of visual content. Mahima says, “The digital industry is evolving so fast, it’s extremely important to adapt to change. Last year we only worked with static images but this year we are actively facilitating moving images like GIFs, cinema graphs and most importantly video content!” This implies they are actively seeking more film makers in Asia who we can partner with their platform.

Mahima’s hands are full with very exciting projects for multiple markets. She’s looking for exciting partners to collaborate with in this space, especially NGOs to provide free images for their fundraising campaigns.

“The only focus is to scale this globally and provide opportunity to creatives all over the world to work on their dream projects and even earn their fair share.” Mahima says. In her quest for scaling Photomoolah, Mahima also welcomes investors for a chat.

Mahima strongly believes in the philosophy of ‘Do or do not. There is no try.’ This keeps her focussed on Photomoolah’s vision.

The biggest challenge for Mahima has been running on a bootstrap. She adds, “I strongly suggest all entrepreneurs pay themselves a decent salary from the beginning. It’s the best way to stay motivated and passionate about your product.”

Being a women entrepreneur, she says, “Investors have often asked me about my marriage. I feel it’s very personal and in no way should determine how vested I am in my business.” She adds that female entrepreneurs shouldn’t think that marriage will deter the growth of their businesses or careers.